The twenty-year-old underground record label and the car crash that started it all.
music
P22 performs at Post Present Medium's twentieth anniversary show last year in Los Angeles.Photo: Kersti Jan Werdal.
BY Kerry Cardoza
Kerry Cardoza is a Chicago-based journalist who writes about art, culture, labor, and power. She is the art editor at Newcity and the punk columnist at Bandcamp Daily.

Dean Allen Spunt was driving in Hollywood in 2000 when a car pulling out of a gas station ran into him. After exchanging insurance information, the driver left; a paparazzo approached Spunt and asked if he knew who the driver was. He didn’t. It turned out to be a member of the Backstreet Boys. Spunt, who plays as one-half of the long-running LA noise rock duo No Age but was then a teenager, eventually received a small but impactful settlement. In 2001, the independent record label Post Present Medium was born.

Twenty years on, the universe of PPM is made up of artists that traverse the boundaries of genre. Its roster includes Behavior, a band with roots in powerviolence that now dabbles in experimental rock. Visual artist Otis Houston Jr. experiments with spoken word laid over smooth beats, like Gil Scott Heron crossed with Wesley Willis. Brontez Purnell, who came up playing in the electropunk outfit Gravy Train!!!!, put out the EP White Boy Music, his stylish take on white mod rock, itself an appropriation of countless Black rock progenitors. For Spunt, the throughline of PPM’s acts—many of which are based in L.A.—is passionate dedication to one’s artwork beyond audience or critical reception. 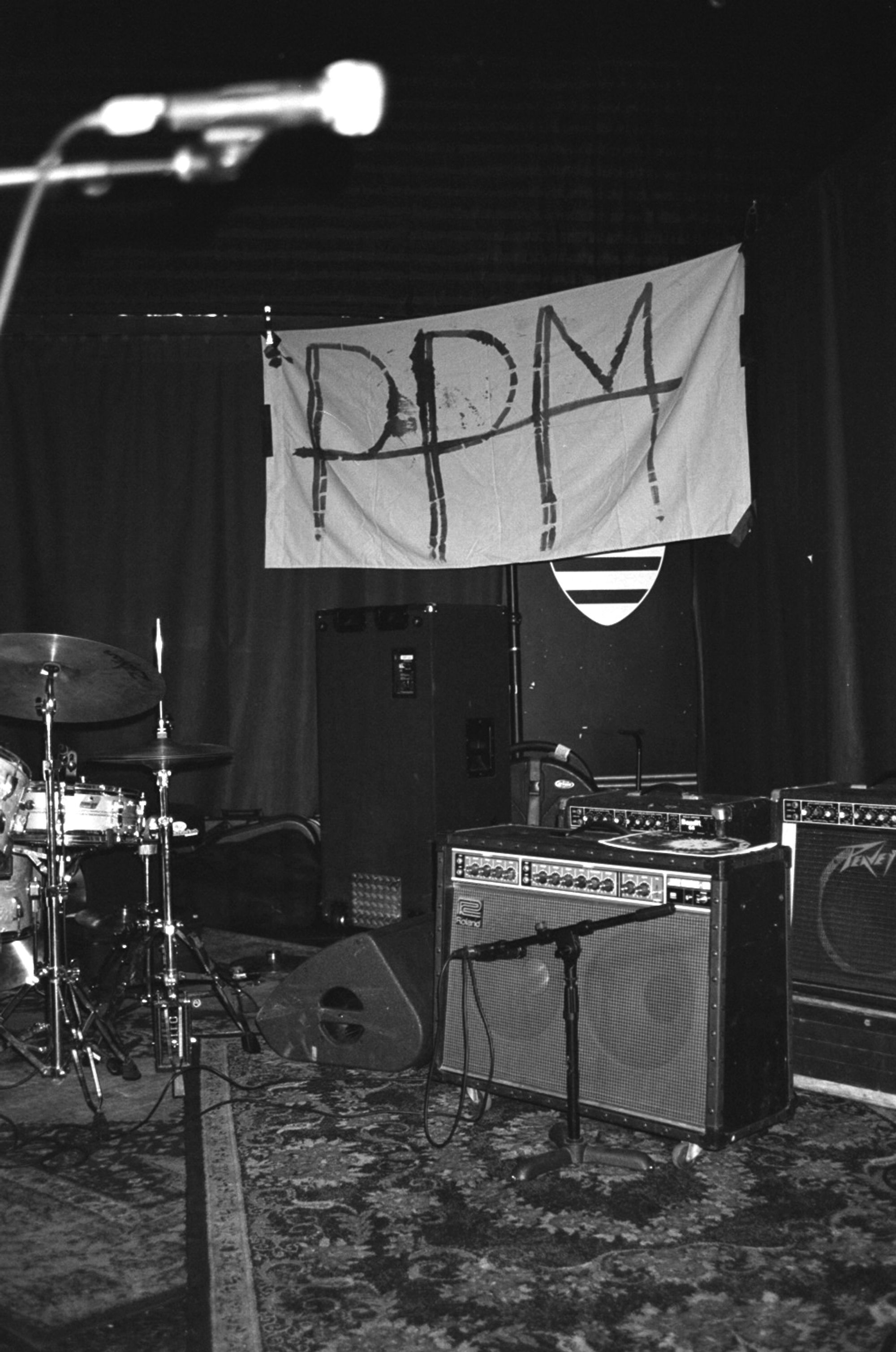 Before his serendipitous car accident, Spunt had already been considering starting a label. To him, it was a natural way of contributing to the punk scene he’d become part of—going to shows at storied venues around L.A., like the PCH Club and The Smell, a small, volunteer-run space known for esoteric, cross-genre shows. Spunt had always appreciated underground record labels and their region-specific contexts, pointing to SST in Long Beach, CA, and Dischord in Washington, D.C., as iconic punk labels that illuminated his path: “Dischord revolved around a scene of individuals, from multiple bands. I thought that was a cool way to be involved in that music world. They're supportive of the people, not necessarily based on the genre of music they were playing. SST was the same way.”

Spunt knew he wanted to channel a similar approach, though he admittedly had little idea what he was doing when he approached the Olympia, WA, political post-hardcore band The Intima, who he’d see at the PCH Club when they toured through town, and offered to release a 7-inch. That would become PPM’s first release, From Exile. He pressed 500 copies—a relatively big run for the label’s first release—and silkscreened the covers himself, though a sizing miscalculation made the first batch unusable. He sold a few dozen to record shops, saved a few for himself, and sent the remaining hundreds of copies to the band. Though putting out this first record wasn’t seamless, the instinctive, DIY process set the tone of PPM’s twenty-year run.

“Allowing things to happen, and allowing mistakes to just be part of it, has been eye-opening,” says Spunt, whose label’s name is meant to evoke forward-thinking sensibilities. For a while after putting out From Exile, Spunt shelved the label idea, until his former band, Wives, wanted to put out their own record. Wives’s self-titled EP became the second PPM release, with Spunt repurposing the messed up batch of The Intima covers. 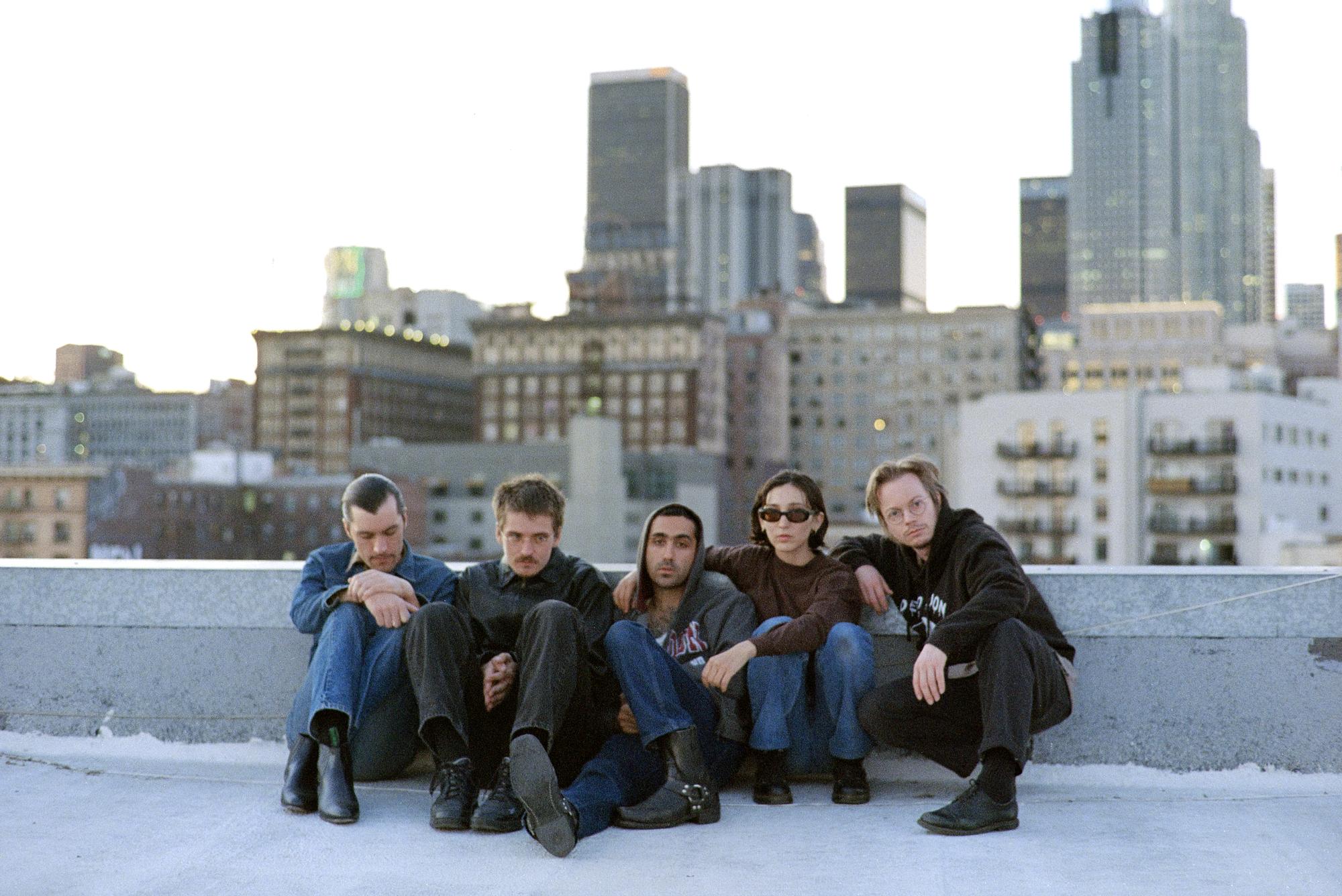 Things have proceeded intuitively, more or less. The decision to work with a particular artist happens mostly organically, through relationships or recommendations from other label artists. “I'm lucky that people I'm working with now are prolific and they're making lots of music with different friends,” he says. “I’m able to focus on a DIY world of music that's spread out all through the country.”

Spunt first heard an unreleased CD by one of the label’s more recent artists, Otis Houston Jr., through his friend Jacob Robichaux, who works with Houston as a gallerist. Released in March 2020, the 15-song album plays like a freewheeling rap session. Houston’s poetic spoken word comes across as brilliant, spontaneous utterances, with lines like, “they want me to be dull, don't want me to use what's in my skull.” Over simple, pre-recorded 90s-hip hop style beats, Houston combines autobiographical fragments with uplifting incantations and blunt evaluations of social ills.

In May, PPM will release a limited edition lathe cut 7-inch with Houston, which will include a silkscreen by the artist. Though they're divergent in sound, Spunt likens the drive of Houston to that of a band like Behavior. If there's an ethos connecting all of PPM’s releases, that is it: “When people are working hard on a singular vision, and they're just obsessed with it,, that's what I'm drawn to.”

Scenes emerge out of necessity. We're just trying to do stuff in the midst of all of this collapse, to make sense of life.

Nicole-Antonia Spagnola, who has worked with PPM as part of the experimental punk bands P22 and Purity, calls the label an “open space” to articulate creative ideas, and appreciates the sense of community it has helped create. In November, she was part of PPM’s twentieth anniversary showcase at Zebulon in L.A. Bands and artists from the label’s past, present, and future—including the Texas band Chronopage, who will be putting out a record with PPM later this year—played sets over the course of two days. Spagnola said the show felt generative, bringing forth a sense of kinship and inspiration: “I feel like I'm motivated to respond to what's being produced in a positive way.”

The longevity of PPM is ultimately a testament to the web of friends and collaborators that have coalesced around the label over the years. “I owe credit to the integrity of the artists that I've been working with,” he says. He also praises the supportiveness of the artistic community he’s part of in LA, where friends have stepped in to help with mail orders when Spunt’s touring with No Age. “I feel very fond love and kinship for people out here and the support that everyone gives each other.”

Playing in bands for years has also taught him how to treat artists. For him it’s never been about numbers; to date, the label has put out 75 releases, a slow but sustainable pace. PPM may operate on a smaller scale, offering perhaps less financial support than larger labels, but it does offer creative support and a platform to reach more listeners.  “There's a sea of noise,” he explains. Labels can be a navigational tool; if you like or respect a label’s choices, it will likely lead you to peruse its other offerings. In the digital age when there is a glut of music available to stream, that is perhaps one of the most meaningful roles of labels today.

Though Post Present Medium has evolved from how it started, Spunt still connects to the desire to do things yourself. “Creating your own world is an important thing to remember, especially if you’re playing music or making art,” he says. “If you wait to get into those doors, you could be waiting forever, so it's important to just do what you do. And by any means necessary just make your art and go it alone if you have to. You’ll find people who are like-minded.”

Spagnola agrees. “Scenes emerge out of necessity. We're just trying to do stuff in the midst of all of this collapse, to make sense of life.” ♦