In January 2021, Suzi Analogue tweeted an audio clip of a cassette tape recording she made when she was only ten years old. In the recording, young Suzi is excitedly talking about the future: “I’m trying to be a girl, I’m trying to grow up, I don’t need a boy bossing me around. I could be the next Ricki Lake. I could be an actress, talk show host, scientist, math… no, not mathematician. I HATE math!”

In her post, Suzi reflected on the recording lovingly. “Shout out to being 10 years old,” she wrote. “Shout out tape recorders. Shout out my bayang. Shout out to this girl who knew what she wanted in life.” It was a rare, endearing Twitter moment from the vocalist, producer, and label founder, who has been touring the globe and releasing records since the late 2000s. The tweet also spoke to a larger truth: Suzi Analogue has long used technology as a means of mapping out her dreams and building herself a new world.

A creative child early on, Suzi was born in Baltimore, and grew up singing gospel in church choir and performing in the theater. In the 90s, consumer-grade cassette recorders were plentiful and like many young people at the time, Suzi would write and record her own songs to cassette tape, an early engagement with technology that would foreshadow Suzi’s work today.

“It wasn't until recently I realized my obsession for putting things together and technology prob came from my dad's side of things,” she reflects on a Zoom call. “He was an engineer and I always downplayed his genetic contribution but I think that type of rationale had a lot to do with how I pieced the early ideas together. From my mom, I got a love and understanding of the culture, Black arts movement and poetry.” 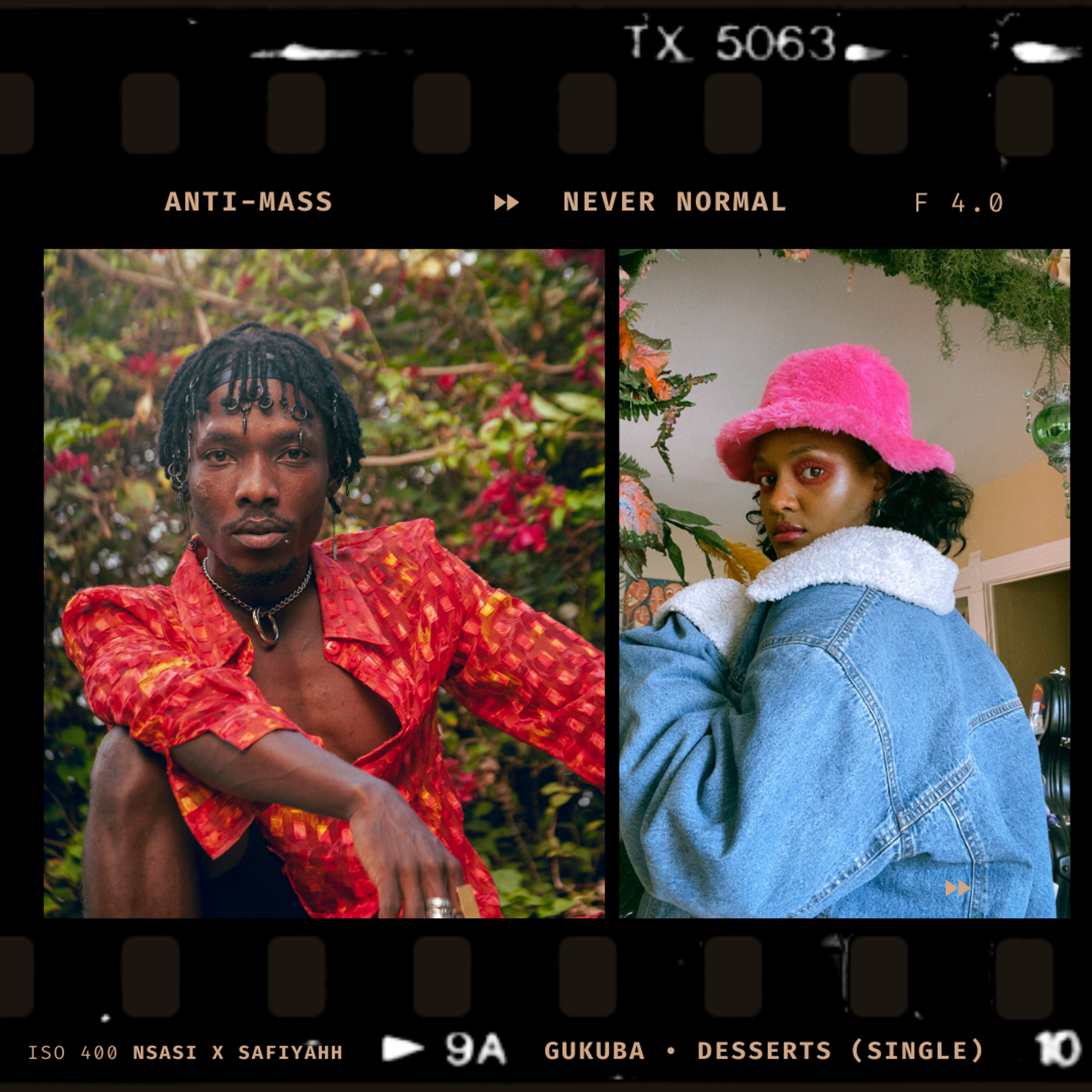 While attending Temple University in Philadelphia, Suzi continued making beats and recording her own songs. In 2007, a Myspace message from emerging, sample-based producer Knxwledge—who was also living in Philly at the time—would spark a working relationship that challenged Suzi to expand her own individual sound while diving deep into the joys of collaboration.

“I was recording over Madlib beats and stuff and he was like, ‘this is dope, I want to link with you,’” Suzi recalled. She grew up in chat rooms, so she was used to making connections this way. “He was staying in Center City at the time and I just came over to jam one night and then he invited Ringgo [Ancheta, a.k.a. Mndsgn] over and it was just very organic. We were chatting with different producers from everywhere, and then devonwho chimed in, and we were like, let’s put it all together.”

What Suzi, Knxwledge, Mndsgn, and devonwho “put together” was Klipmode, a radical production collective who—alongside West Coast kindred spirits like Flying Lotus, Ras G, and Samiyam—formed a vanguard of Dilla-inspired hip hop producers whose sound would point to the future of electronic beats and sound. During their time together in the late aughts and early 2010s, the music that Klipmode and their peers made would lay the groundwork for the global instrumental hip hop movement that would eventually be branded and mass-distributed as “lo-fi.”

After collaborating with Klipmode, Suzi spent five years touring the world as a solo artist. Both experiences informed what she’d do next: building a platform for her own work as well as the like-minded creators that she crossed paths with. Founded in 2014, Suzi’s label Never Normal and its ancillary, Never Normal Soundsystem, has supported a diverse range of artists including RaFia, Queens D.Light, EZRAKH, and more. From JWORDS’s dreamy, synth-guided opus, Sín Señal, to Suzi’s own explorations of everything from footwork to ambient, the label has established a well-earned reputation for pushing electronic music into exciting and unpredictable places.

“Never Normal is about bringing together people from all sorts of backgrounds and not discriminating by placing these set-in-stone music industry standards on artists.”

Suzi describes Never Normal Soundsystem as “a decentralized collective of rotating members who are all Black technologists making music, visuals, and everything in between.” The concept of both the label and the broader collective grew out of her own industry experiences––looking back on the dates of Klipmode and asking herself, “what was it that we needed then? Why did we need each other?”

With a desire to highlight and collaborate with friends and up-and-coming acts, Suzi embedded an open and egalitarian ethos into Never Normal’s core philosophy. The label not only provides a home for artists’ projects, she explains, but also seeks to shield them from the exploitative practices that are all too common in the music business.

“Never Normal is about bringing together people from all sorts of backgrounds and not discriminating by placing these set-in-stone music industry standards on artists,” she says. “Or expecting them to know everything, or taking advantage when they don’t know everything. So it’s about education as well. Never Normal is the label, that’s the business, distribution, the tapes, and merchandise, but the community is the Soundsystem. The Soundsystem is all of us coming together, making this wall of sound so that we can determine what we can do as Black artists to innovate change and transform experiences.”

Suzi had long been inspired by niche underground labels, but none of them “spoke to the quantum experience of Blackness and culture” that she and her peers lived everyday. “My goal from the start was to highlight innovators, especially Black and Brown,” she continues. “Sonically, everyone who is a part of Never Normal makes electronic-based music, but for some reason people don't want to recognize hip-hop as electronic music too. It always has been, so Never Normal gives space for us with that know-how to navigate our styles and releases.”

In 2015, Suzi traveled to Kampala, Uganda, as part of Next Level, a hip hop cultural diplomacy initiative sponsored by the State Department’s Bureau of Educational and Cultural Affairs. Suzi lived in Kampala and taught beat-making workshops that allowed her to tap into the creative potential of Uganda’s blossoming hip hop scene. Upon arriving in Uganda, Suzi was determined to bring some of U.S. beat culture to her students, showing them that they could perform electronics live like Low End Theory in L.A. or the Beat Society in Philly.

“I led a class of like 20 young dudes,” she says, laughing. “I went there with the mindset that I’m going to put them on to what’s good. I tried to show them that you don’t have to be a studio producer. Back then, everybody’s concept was like, a producer just stays in the studio and you just work by yourself and you’re not collaborative and you don’t play out. I showed them that you can perform your own productions out and can have fun with it.”

When Suzi left Uganda, she maintained ties with many of the artists she had met there, establishing a firm foundation for when she returned in 2019 for a residency that would eventually lead to Gukuba (roughly translated as “It bangs/it slaps” in Luganda). This compilation was created in collaboration with ANTI-MASS, a collective made up of the artists Authentically Plastic, Turkana and Nsasi that stage multidisciplinary, queer, feminist happenings in Uganda. With ANTI-MASS, Suzi hopes to create a lasting connection between Black artists in the West and on the African continent.

“Uganda has one of the largest youth populations in the world so there’s just a freshness and a pulse there,” she says. “I went back and lived in Kampala for a month and met other producers and DJs. From those people, Authentically Plastic and I really kept in touch over the last few years. During the pandemic they came to me and asked about collaborating with artists in Never Normal Soundsystem. I thought that was a wonderful idea because now we’re really creating a bridge between the continent and the diaspora.” 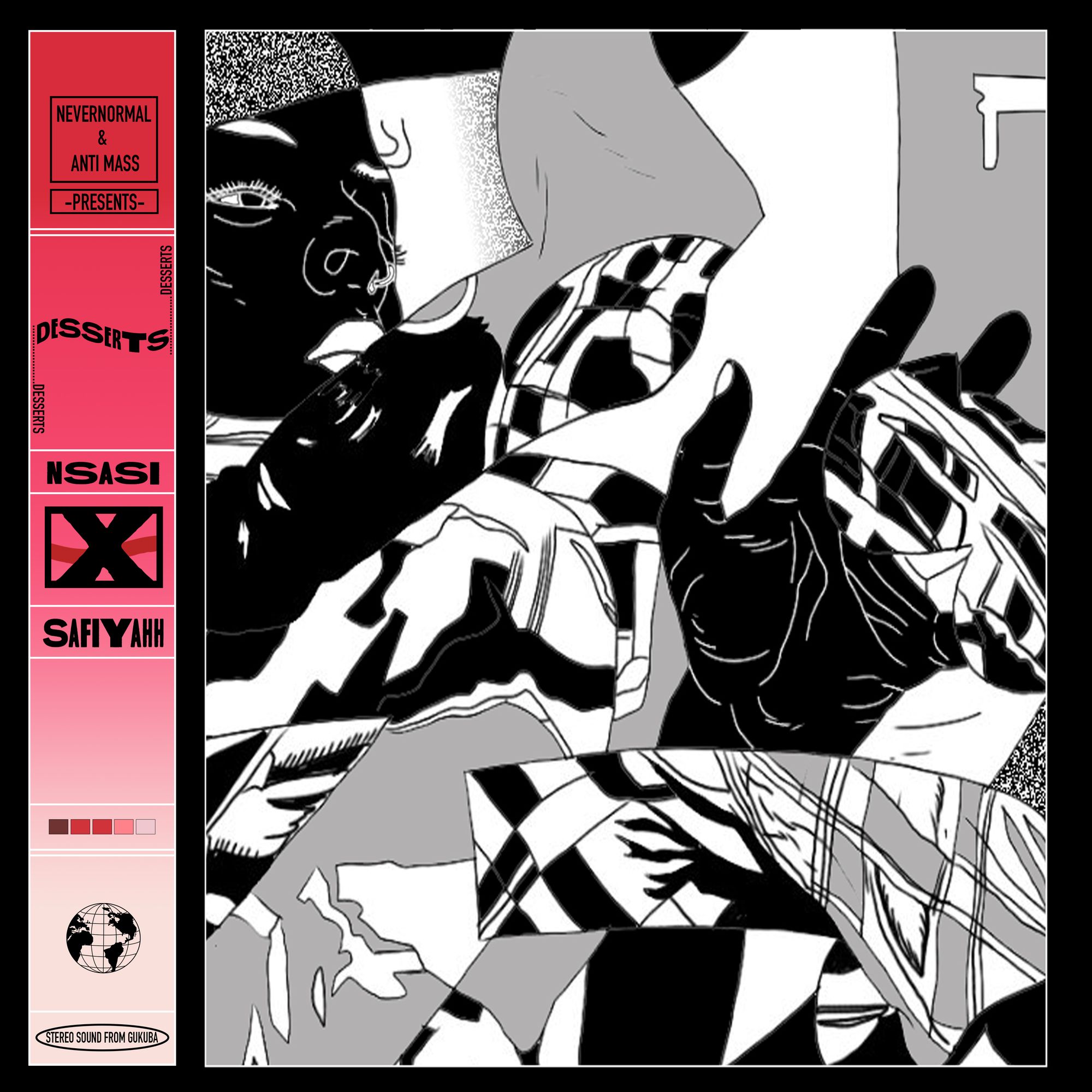 Artwork for "Desserts" by Mwanel Pierre-Louis.Courtesy of Never Normal Records.

The music that Never Normal and ANTI-MASS have made together is a dynamic mixture of electronic sounds that are teeming with the power of the global Black musical experience. The first two singles from Gukuba are “Make It Shake,” a collaboration between Turkana, Suzi, and Oakland rapper Queens D. Light, and “Desserts,” which brings together US producer Safiyahh and Ugandan musician Nsasi. Both tracks combine house, footwork and East African rhythms into a holistic sound that is rooted in our shared experiences and socio-political conditions. When asked about Gukuba, Suzi gets to the heart of the project’s purpose. The sound and the technology behind it are key, but it is ANTI-MASS and Never Normal’s approach to collaboration that opens up a new space for Black liberation:

"We’d meet in the midst of the night with the music thumping and smoke in the air. That’s where we would meet to free ourselves.”

“It was important for us to share sounds from our environment and cultures. It really is the story of the African diaspora. Y’all are over there struggling and we’re over here struggling too. We had riots and protests about our presidency and they had them too. Where would we meet now? We’d meet in the midst of the night with the music thumping and smoke in the air. That’s where we would meet to free ourselves.” ♦