Artist Sam Lavigne on how to derail your digital life.
technology 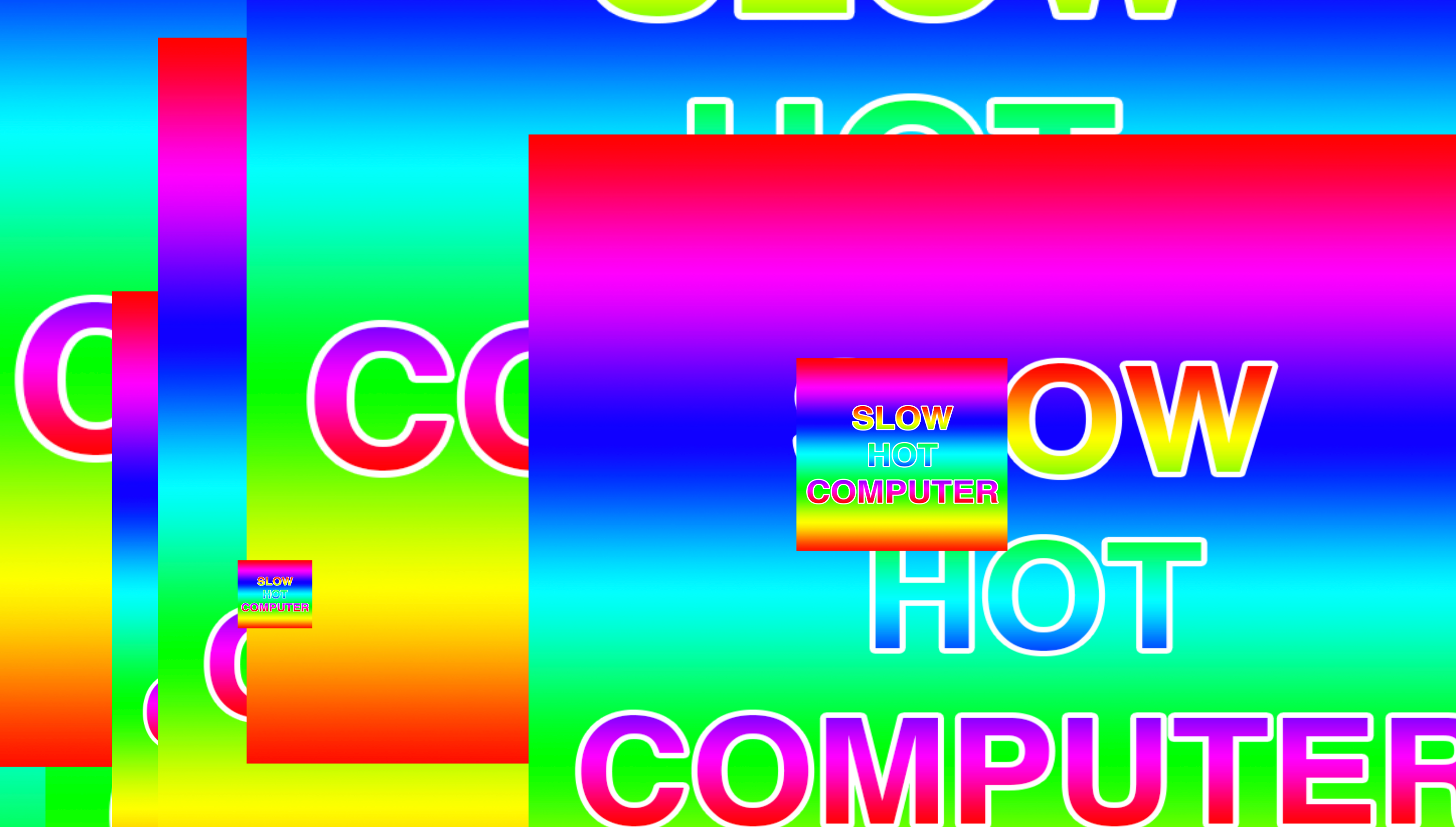 BY Sam Lavigne
Sam Lavigne is an artist and educator whose work deals with data, surveillance, cops, natural language processing, and automation.

For its entire existence, “sabotage” has been a loaded word. But with what is it loaded?

In her 1917 pamphlet titled “Sabotage,” labor leader, activist, and feminist Elizabeth Gurley Flynn defines the term as “the withdrawal of efficiency” with the aim of affecting the profits of the boss. She goes on to enumerate the many ways workers have intentionally reduced the productive capacity of their workplace as a means of coordinated labor resistance.

The practices of a saboteur might center around the individual worker and could simply involve working more slowly or clumsily to impede their hourly or daily output. In other scenarios, sabotage might take the form of truth telling or leaking, where workers reveal embarrassing or unsavory details about their workplace to the outside world. And, in more extreme situations, it could involve actually breaking machines or equipment to more completely impede output. Generally speaking, these practices could be described as “gaslighting your boss” by creating subtle (or not so subtle) workplace issues that are difficult to pin on any one specific antagonist.

As Flynn notes, specific modes of sabotage will always be unique to each workplace, and are contingent on the equipment, the divisions of labor, and the individual ingenuity of workers. Beyond that, they are “as flexible as the imagination and passions of humanity.”

While the practice of intentionally withdrawing efficiency has existed for as long as people have worked for other people, the term “sabotage” is relatively new. Originally referring to the act of working clumsily or noisily as if you were wearing clunky wooden shoes (or sabots, a kind of French clog), the phrase “sabotage” eventually took on a threatening or even violent connotation in reaction to the notion that workers could engage in deliberate practices of slowdown or profit tampering as a way to reclaim power. With this in mind, perhaps the most useful framing for sabotage is that it is the practice of interfering with profit as political action.

Perhaps the most useful framing for sabotage is that it is the practice of interfering with profit as political action.

“Sabotage” is more than just one-off acts of mischief-making or destruction, though. Individual acts of slowdown or profit tampering could, after all, just be taken into account as the cost of doing business. At the scale of the individual, this kind of defiance doesn’t usually have the ability to catalyze structural change. One just gets fired or reprimanded, and business continues as usual.

On the other hand, defiance on a collective scale is much harder to mitigate and therefore offers rich potential. The danger to the boss comes not only from the threat of reduced profit, but also (and perhaps most importantly) from the ways that sabotage can lay bare the fundamental mechanics of capitalism and exploitation itself. In order to fuck with profit, you have to understand your own role in the circulation of capital. You have to confront how profit is produced. In this way, sabotage reveals where value comes from; it reveals that value comes from the worker. As Flynn writes, “Sabotage is an unfair day's work for an unfair day's wage. It is an attempt on the part of the worker to limit his production in proportion to his remuneration.”

What might sabotage look like in 2021? For many workers—like those employed in factories, farms, or restaurants—methods of sabotage likely look almost the same as they did a century ago. However for others, the advent of personal computing and smartphones has radically transformed both their work and the corresponding tactics of resistance. This of course applies to anyone working in an office, or working from a laptop at home—but also includes the many “gig workers” who rely on personal phones to manage their employment. New practices of digital sabotage are therefore relevant not just to middle-class digital laborers, but to anyone whose work is mediated by computational devices.

The classic image of the saboteur throwing a wrench into a machine resonates within a dynamic where the means of production are emotionally and physically disconnected from the worker: a factory floor, a mill, an assembly line, and so on. For many people today, thanks to always-on smartphones and the never-ending cascade of emails they enable, there is a well-documented emotional blurriness between work and life. But there is also a blurriness between the actual material tools that produce work and the material tools that produce and reproduce life. After all, many of us use the same machines to mediate our labor, recreational activities, and social and romantic lives—often all at once.

An act of digital sabotage might also be an act of self-sabotage, because in order to hamper your work you might have to voluntarily and willingly hamper yourself.

For the past few years, one area of my artistic research has been centered on the concept of sabotage within the emotionally and materially blurry context of digital technology. As an artist, I examine how data-driven systems are transforming practices like labor, policing, shopping, or even dating. My work often takes the form of software experiments that hijack technologies or methods from industry, re-deploying them for ends that were never intended by their creators. In doing so, I attempt to reveal the politics and power structures inherent in the systems that mediate our lives.

To this end, I’ve made a few projects that allow the user to play with forms of digital sabotage, and its necessary side-effect: self-sabotage. 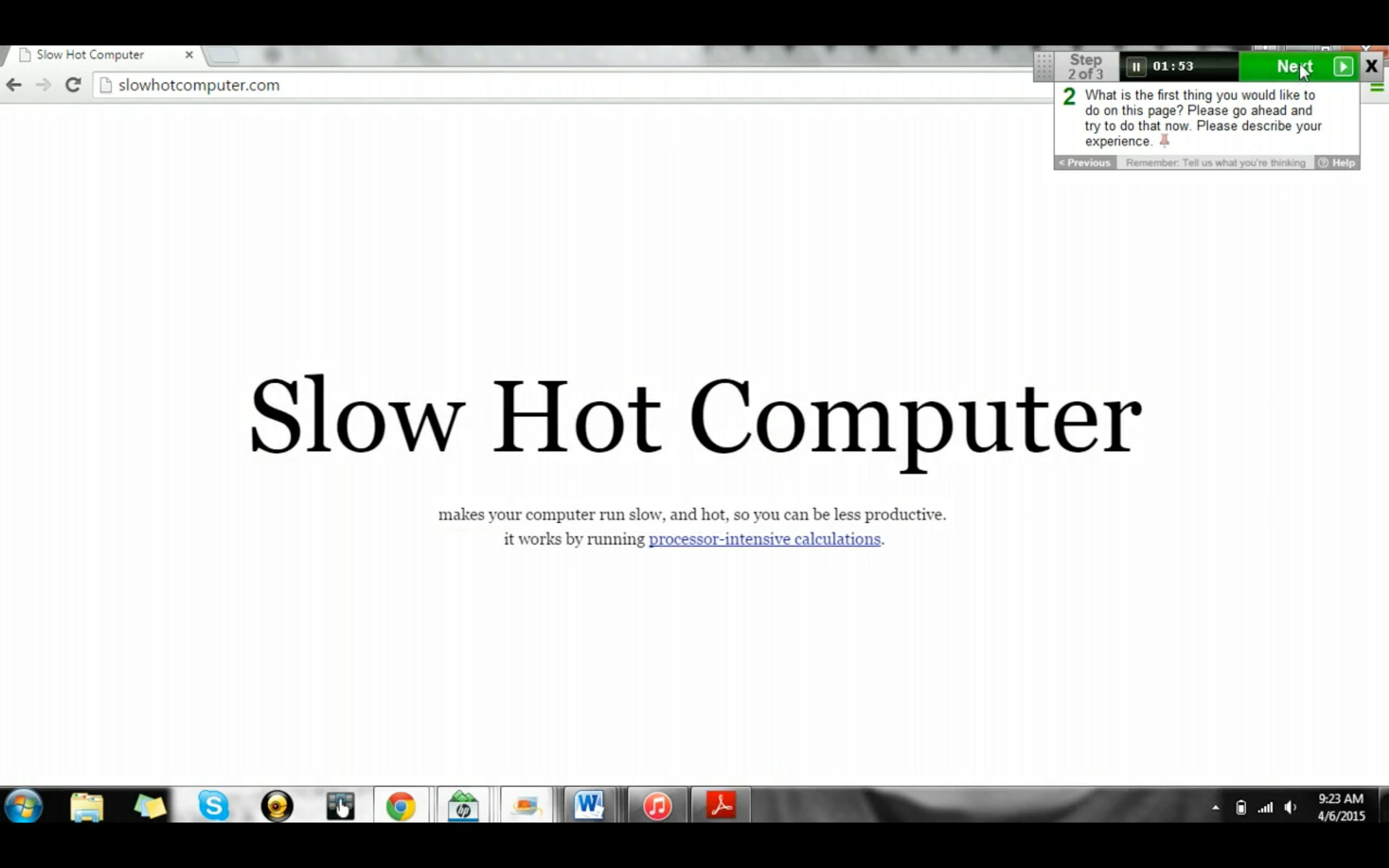 Slow Hot Computer (2016) is a website that makes your computer run slow and hot, so that it almost stops working but doesn’t—thus allowing you the most minimal, slowest form of productivity. 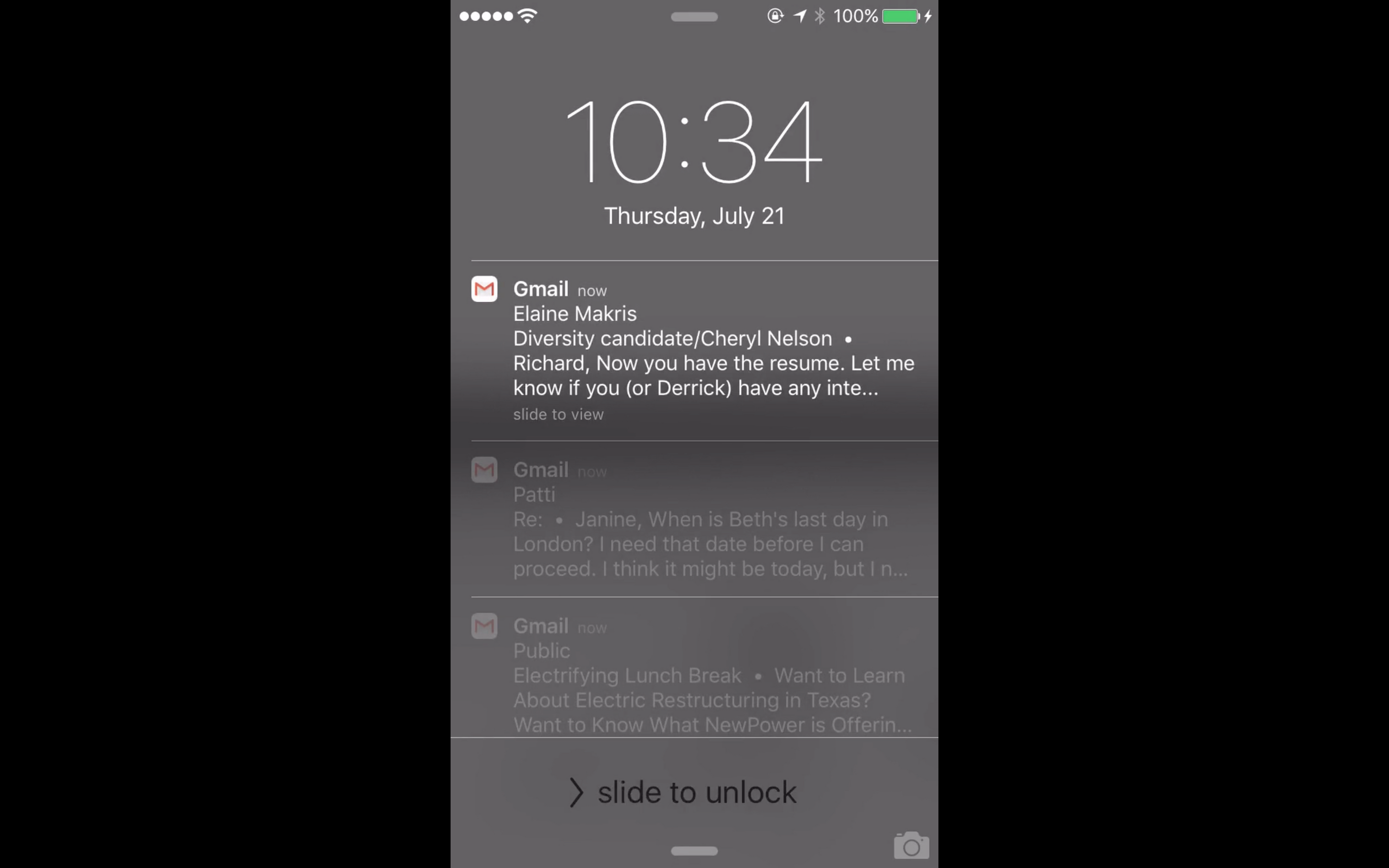 The Good LIfe (2017, made with Tega Brain) is a subscription service that sends you 225,000 emails from the Enron email archive, clogging up your inbox with office drama and meeting reminders from decades ago, confusing your spam filter, and also allowing you to witness firsthand the collapse of a corporate empire. 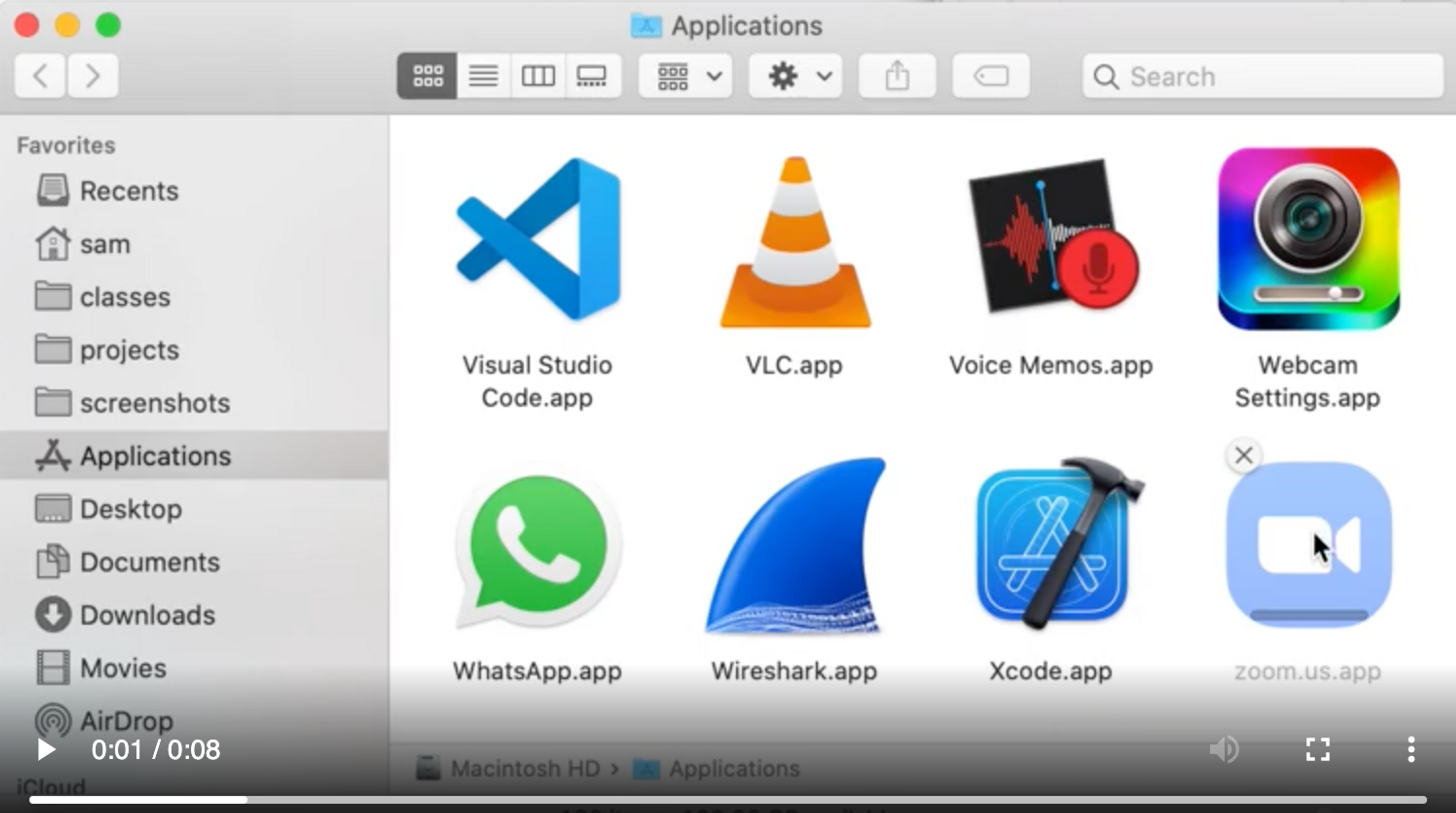 And, more recently, the Zoom Deleter (2021) and the Zoom Escaper (2021) hamper your ability to work remotely by sabotaging your video calling software. Zoom Deleter is a small application that runs in your menu bar. It constantly checks for the presence of Zoom on your computer and immediately deletes it if found. (As of the time of writing, Zoom Deleter has been downloaded 2,289 times.) 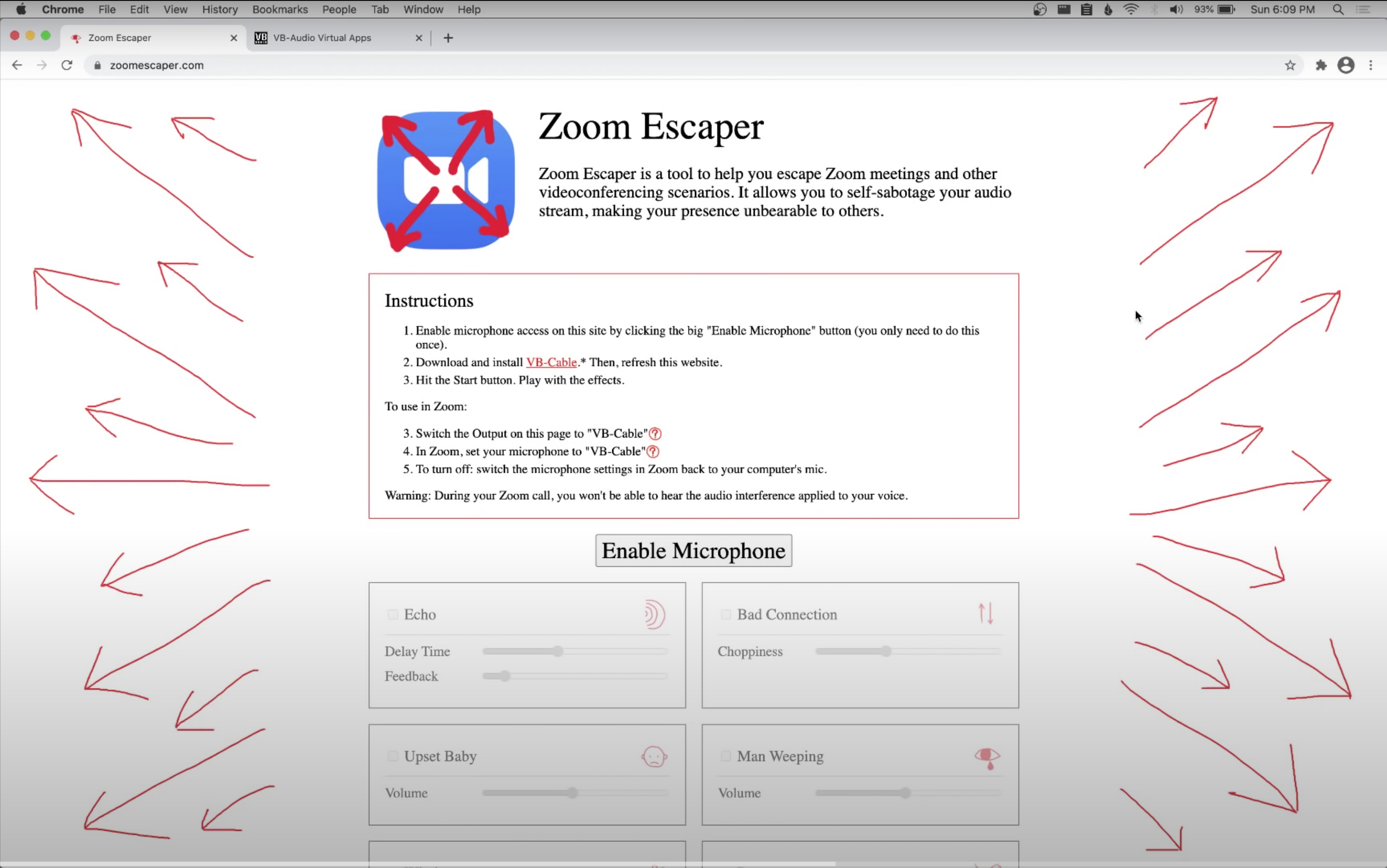 Zoom Escaper is a website that allows you to sabotage your own audio stream on Zoom (or on any program that uses your mic). It adds real-time effects to your voice, making it sound like you have a terrible connection, an echo, or that there are any number of loud distractions in your space like construction, or a man weeping in your apartment. The goal is to make your presence in meetings unbearable to others.

All of these projects attempt to invert the commonplace narratives around new technology: they add “friction” rather than remove it; they create problems rather than attempting to solve them. At the same time, and from a technical/UX standpoint, I’ve done my best to make them as easy to use as possible. And I do hope that people make use of them, in a coordinated fashion, when and if needed—but more so I hope that the experience of using these applications and services makes apparent the new labor and power relations that have come to dominate our lives thanks to the vast proliferation of personal computing.

Today, we must all come to the understanding that our cell phones are, in multiple senses, also someone else’s factory for wealth generation. And, as means of production, they are also a choke point where pressures can be applied and resistance exercised. Like all forms of workplace sabotage these tools can be used to hamper profit, and therefore clarify for their users how value is produced. Most importantly, I hope this work fosters a new imagination and a sense of the wide-open possibilities that exist for new tactics to claim power.

Today, we must all come to the understanding that our cell phones are, in multiple senses, also someone else’s factory for wealth generation. And, as means of production, they are also a choke point where pressures can be applied and resistance exercised.

Perhaps in the future we will all need to embrace self-sabotage as a tool for political action. I think we shouldn’t hesitate to participate in this counterintuitive form of resistance—after all, what is the “self” that is being sabotaged? That is, what is the self that the laptop or the phone constructs? It’s a “self” made according to the rules and norms of Mark Zuckerberg, Jeff Bezos, Steve Jobs, and the like—one emerging out of the dullest kind of extractive right-wing hippy fever dream.

To briefly rehearse the usual complaints, the “self” constructed by digital tech is one shaped by for-profit platforms on which every person exists as a series of data points to be bought and sold, and whose founding ideology states that individual expression trumps all else. It’s a self that I believe we should obstruct and foil at every opportunity. 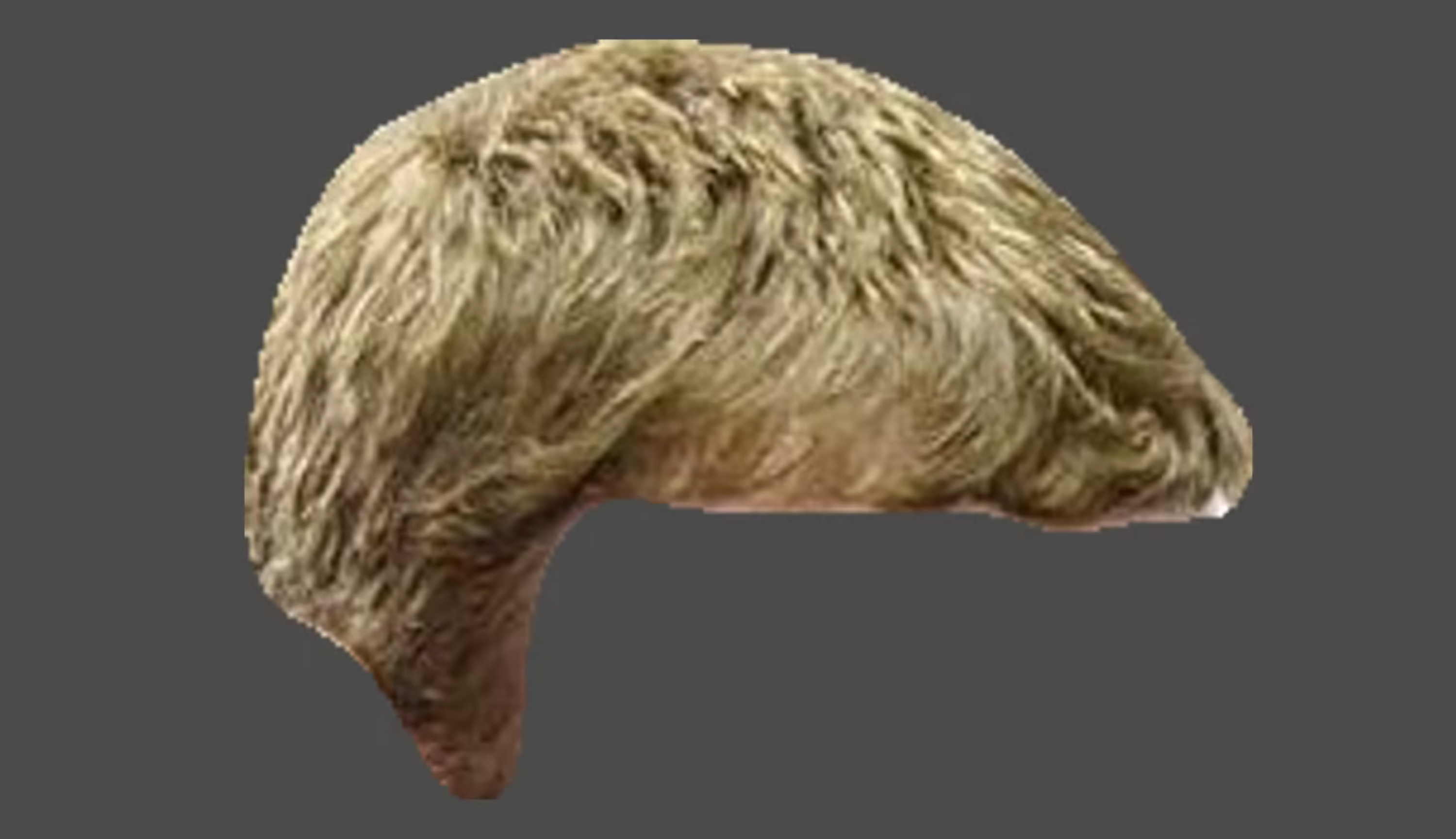