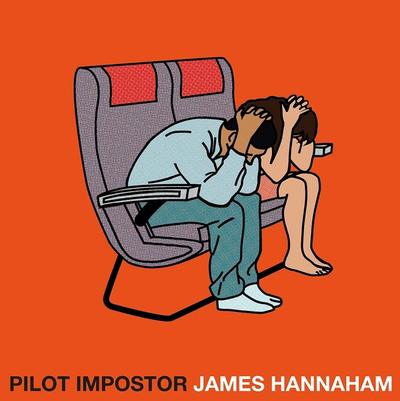 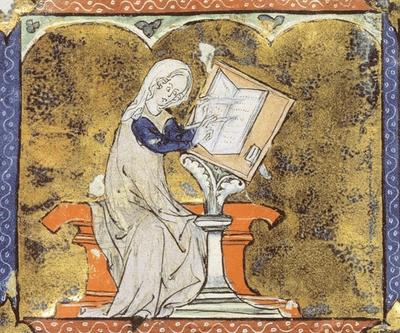 13 Ways of Looking, with Kaveh Akbar 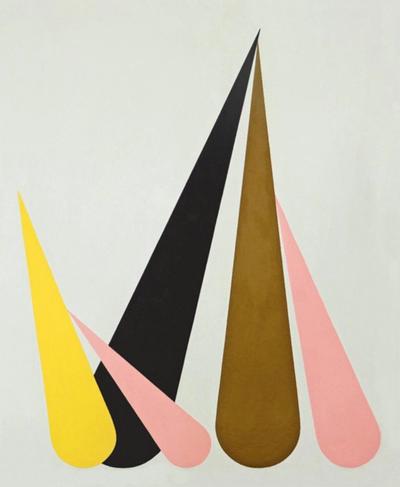 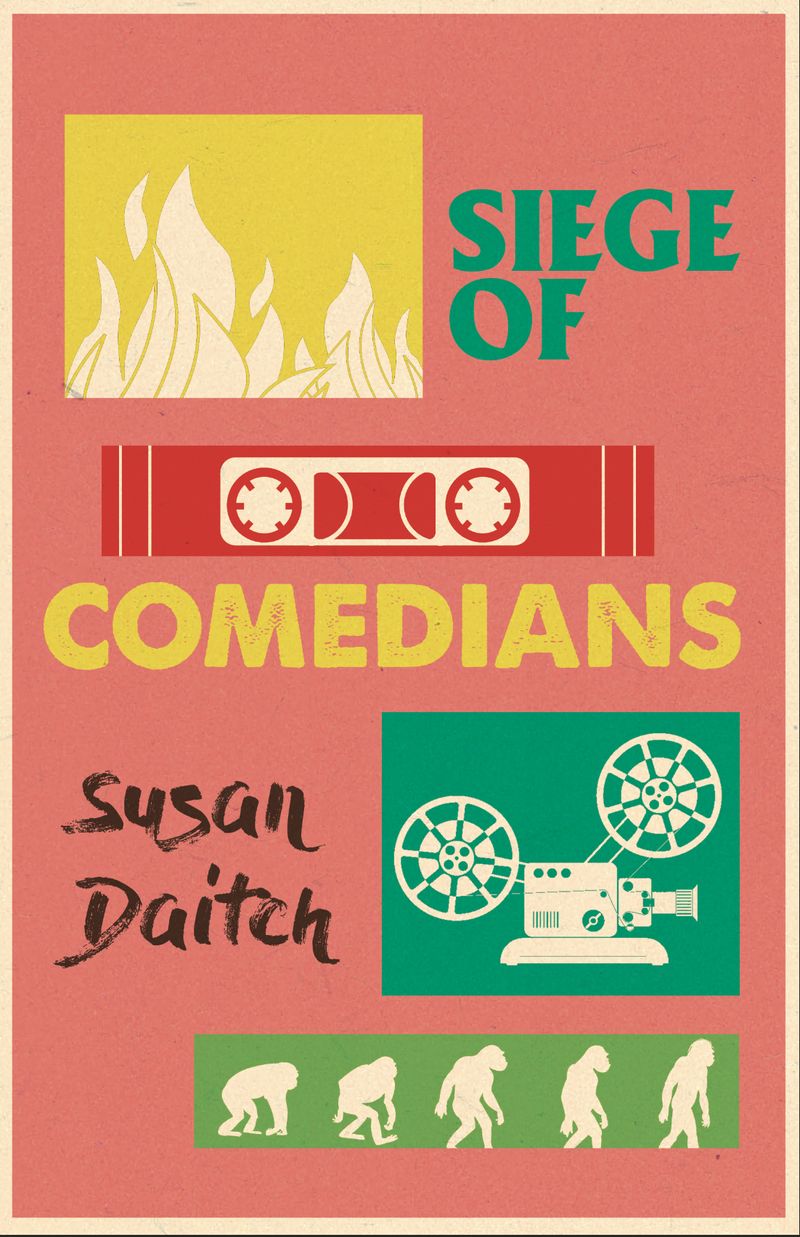 BY Susan Daitch
Susan Daitch is the author of seven works of fiction, and her work was the subject of an issue of "The Review of Contemporary Fiction" along with David Foster Wallace and William Vollman. 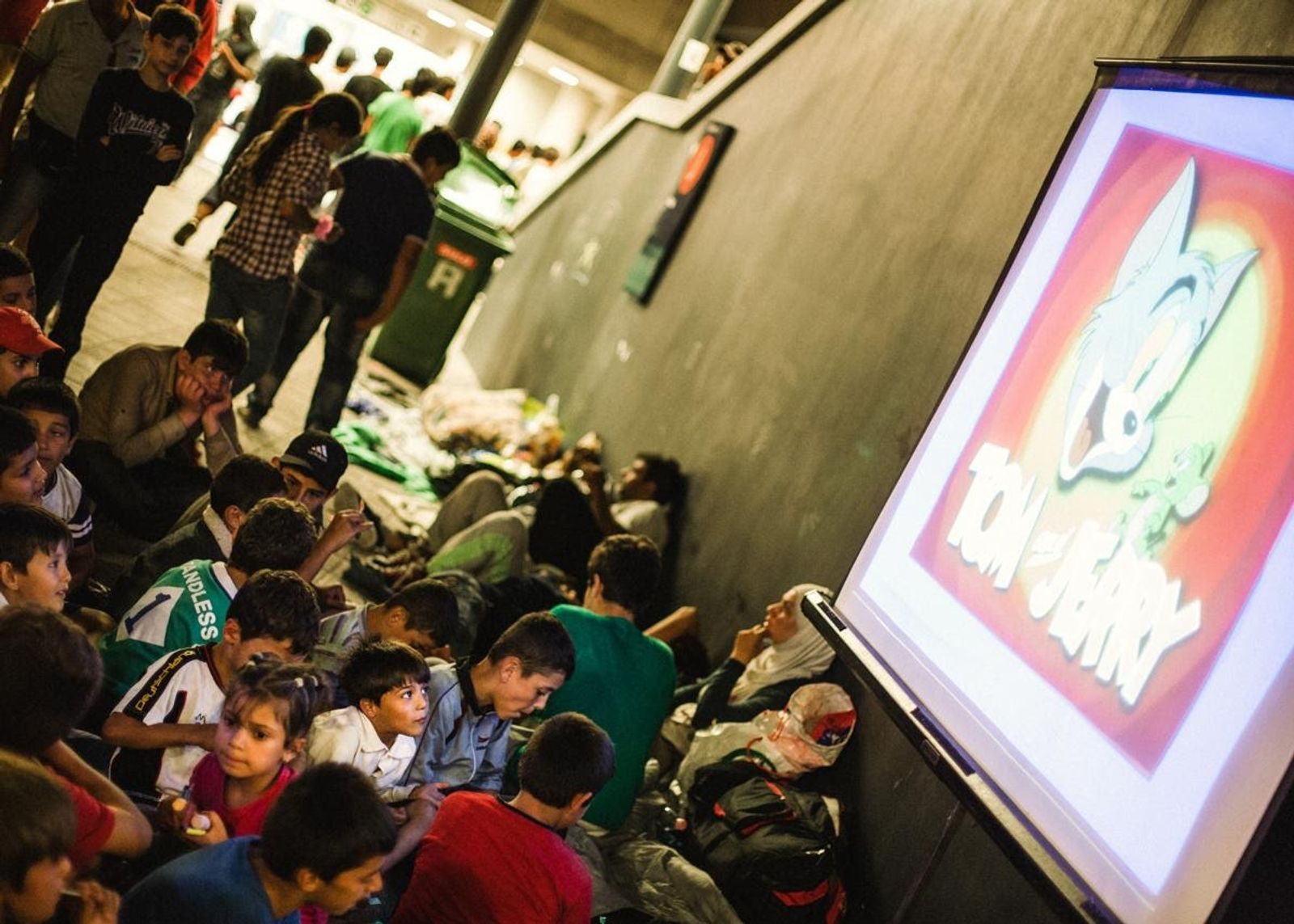 This photograph from 2015 showed refugee children watching Tom and Jerry cartoons while confined to the arcaded halls of the Keleti train station in Budapest. Outside statues of James Watts and George Stephenson, symbols of engineering and locomotion, stood in their aedicules, but the children and their families weren’t going anywhere. Even if their parents had tickets to other cities, they weren’t allowed to leave. In cadences reminiscent of Dr. Seuss, Prime Minister Viktor Orban said, “we do not want them. We do not want this. We do not want that at all. We do not want to be a diverse country.” What he did want: the refugees to be sent back to Syria, Afghanistan, or wherever it was they came from. 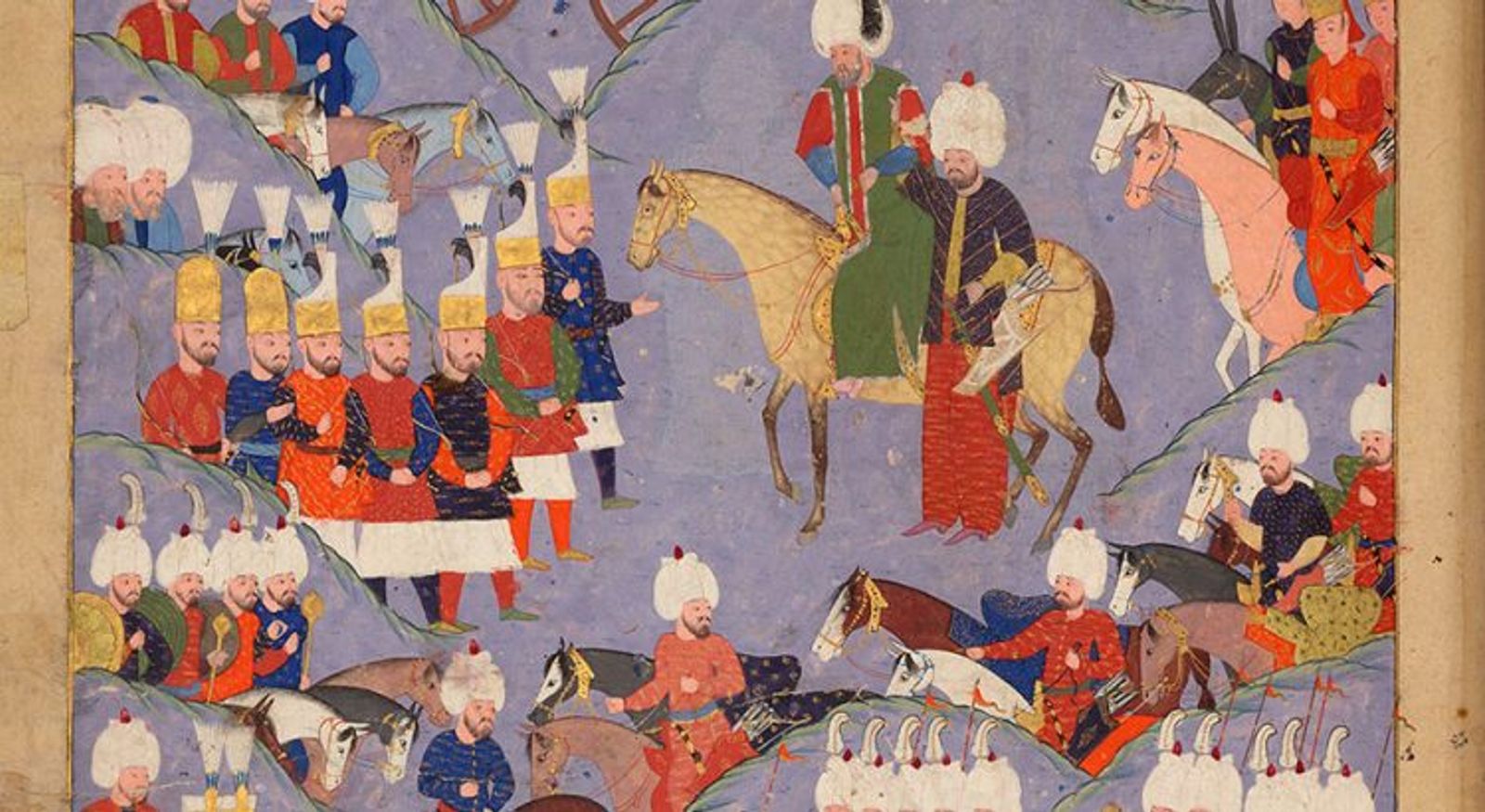 A page from The History of Sultan Suleyman Chester Beatty Library

Years earlier I’d come across the story of one of the last battles between the Ottoman Turks and the Austro-Hungarian empire. Even writing that sentence, I found the heavy drapery of it really unappealing, but there was a story embedded in that event that was odd, strange, unexamined. Sultan Mustapha, believing he would win, brought his harem all the way from Istanbul, through the Balkans, almost to the gates of Vienna. He lost, and the men and women, harem dwellers of the inner Topkapi palace were brought into the northern city, not as prisoners, but as free agents. In the British Museum, I read seventeenth century accounts of the end of the battle. There were precise lists of what was taken back to the city:

The procession would have ended on the Ringstrasse, or a palace, or somewhere, but then the trail ran cold. What happened to those eighty-two women? What would it have been like to live your entire life in isolation, then the doors open, and you’re in a foreign city far from your place of origin? Your feet land on pavement or dirt, not a tiled floor or a carpet, the language is an undifferentiated sea of sound, there is currency, some of it paper, and this is new, architecture is experienced from the outside rather than from within, people dress in incomprehensible layers of clothing, but their statues are naked, the quotidian mechanics of eating, sleeping, walking on streets alone, all have to be figured out, like an episode of Survivor, Enlightenment style. What also has to be figured out: most of the citizens hate you and what you represent to them. In the antagonism created by those creaky, tedious battles fought with blades and horses and camels, lay the future footprints of trapped children watching cartoons. 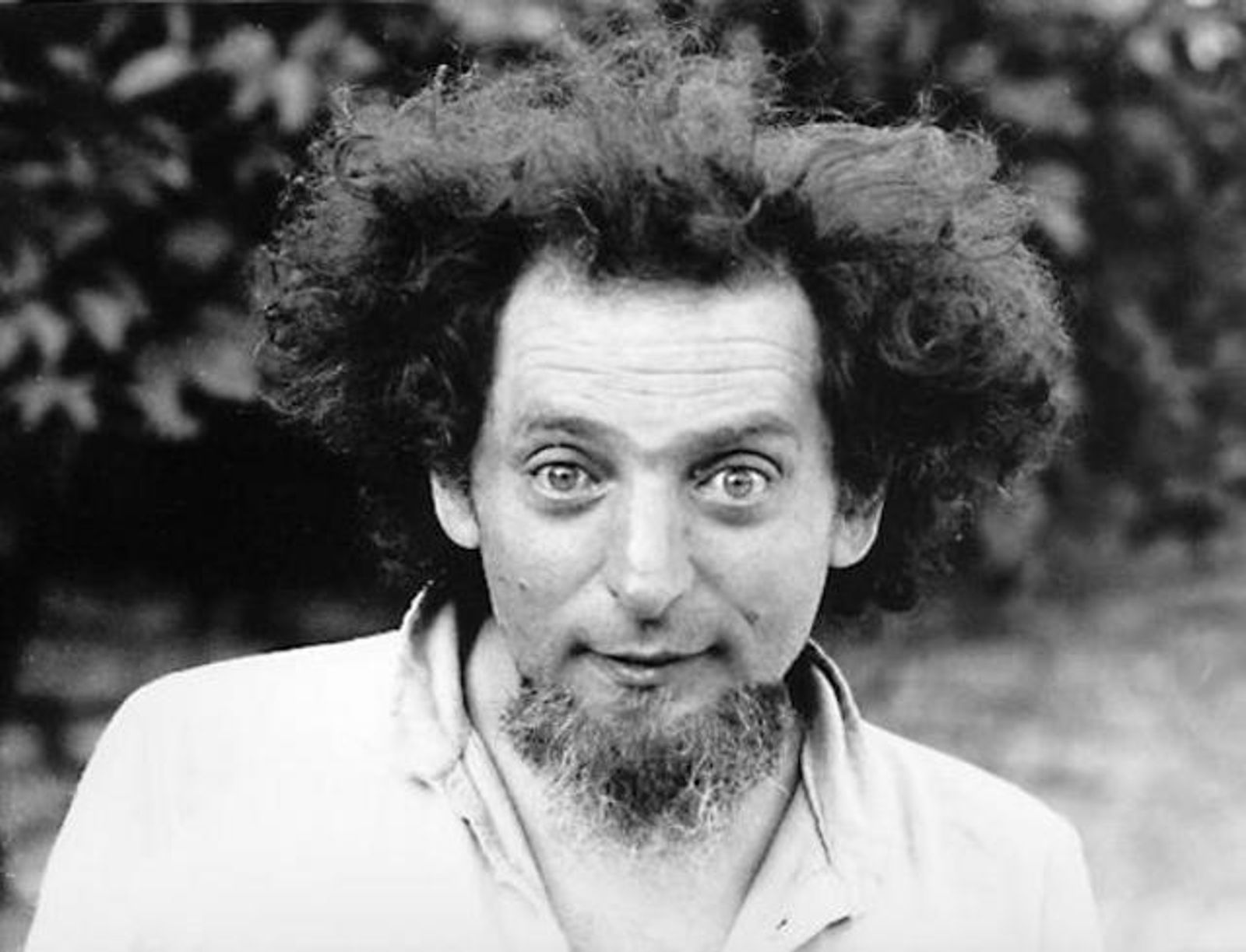 I didn’t want to use the word harem. Harem comes with so many received ideas, from I Dream of Jeannie to all kinds of orientalist fantasies. Please, leave me out of this. I wanted to write about that early condition of forced exile without assigning the ornamentation, the curlicues and fillips of those empires, Holy Roman, Ottoman. Swords, flying saucer lace collars, veils, scimitars, wigs like poodle brains, all kinds of words were exiled, restricted, looked at askance, outlawed. When Georges Perec elided the letter “e” in La Disparition, he was writing around an event that he couldn’t name, a sense of loss embedded in a lipogramatic constraint.

The military leader and victor of that battle, Eugene of Savoy, was the subject of biography published in 1712 that nearly fell apart in my hands when I read it in the British Museum, Prince Eugene, Not the Man You Took Him For or a Merry Tale of a Modern Hero, and he wasn’t. Savoy was also a queer cross-dressing renegade from France, known as Mars without Venus, who would later burn Sarajevo to the ground. An SS Panzer division would be named after him. Even the pronunciation of his name in German, Oy-gen, sounded like a monster that puts all its weight on one foot, then the next when walking, or the name of a drug, an abbreviation for a chemical formula, something to run away from. 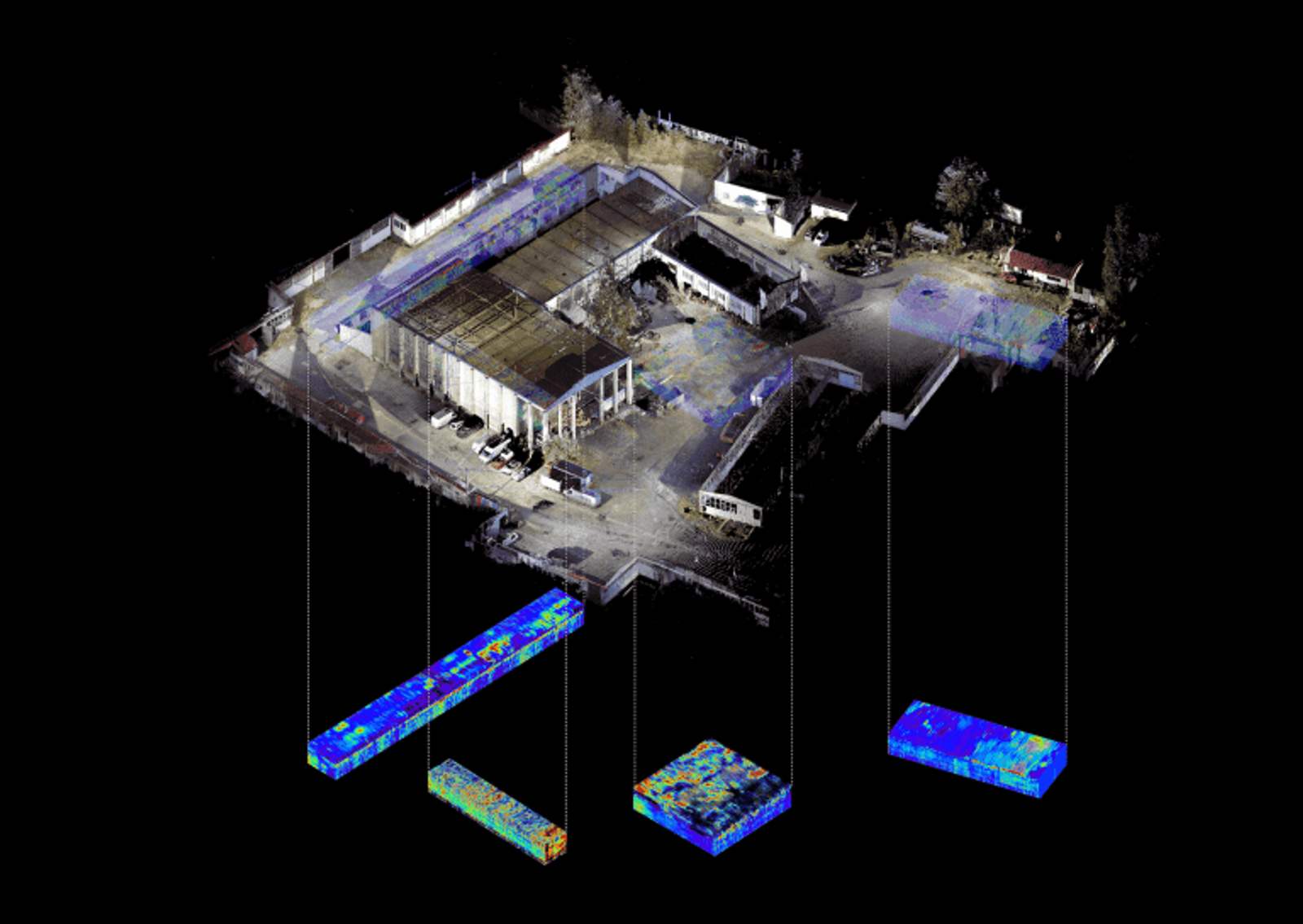 The multidisciplinary group Forensic Architecture uses laser scans and ground-penetrating radar to make crimes visible, to find evidence of covert detention sites, levels of petro-poisons in the ground, mass graves, buried ruins of shrines and shelters, what’s under the foundation that’s under the foundation. If a building or a site could be compared to a body, you’re working with scattered bones that are then reassembled, the body imagined from the bones outward. Photogrammetry, lidar scanning provide a worm’s eye view before pulling out to chart the topography of rooftops seen from a drone’s camera. In Siege of Comedians the house in Vienna that was built when Leeuwenhoek was looking at wigglies under a microscope will, hundreds of years later, become a lens factory, and then a war era Ministry of Propaganda and Censorship, and then apartments that cost the earth. 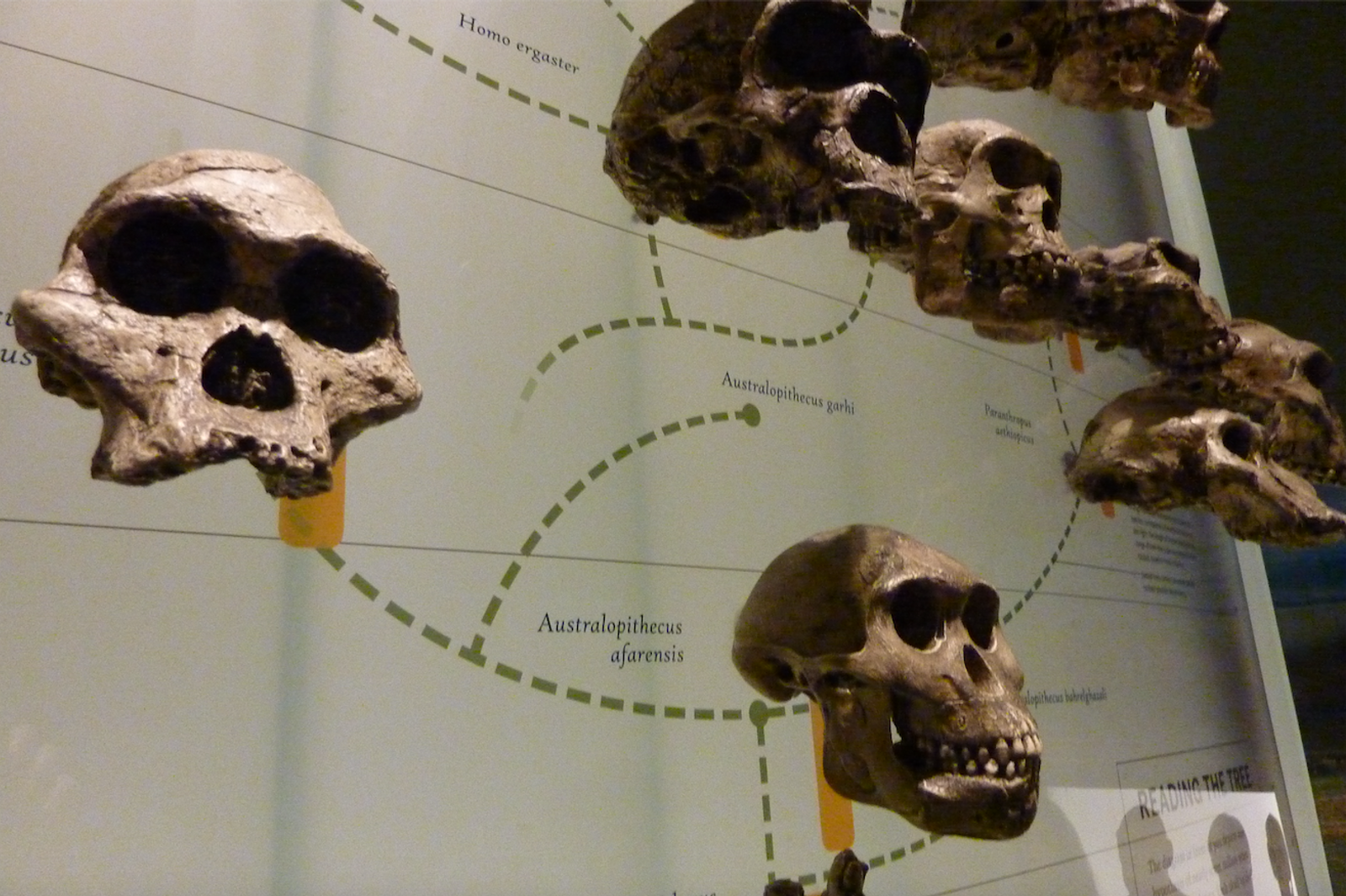 Bones and the remains of faces are informants, maps of blows, of disease, of what people ate, how they spoke, how they became ambulatory, where we parted company from other homo sapiens, Neanderthals, Turkana Man, rewind the film back to that point on the cladogram where we looked at chimps side-eyed because we had the grammatical language, vocal and cognitive abilities to declare, we’re not like you at all, pal, though there is more kinship signaled in those (ours and theirs) twisting ladders of nucleotides than many have wanted to admit. 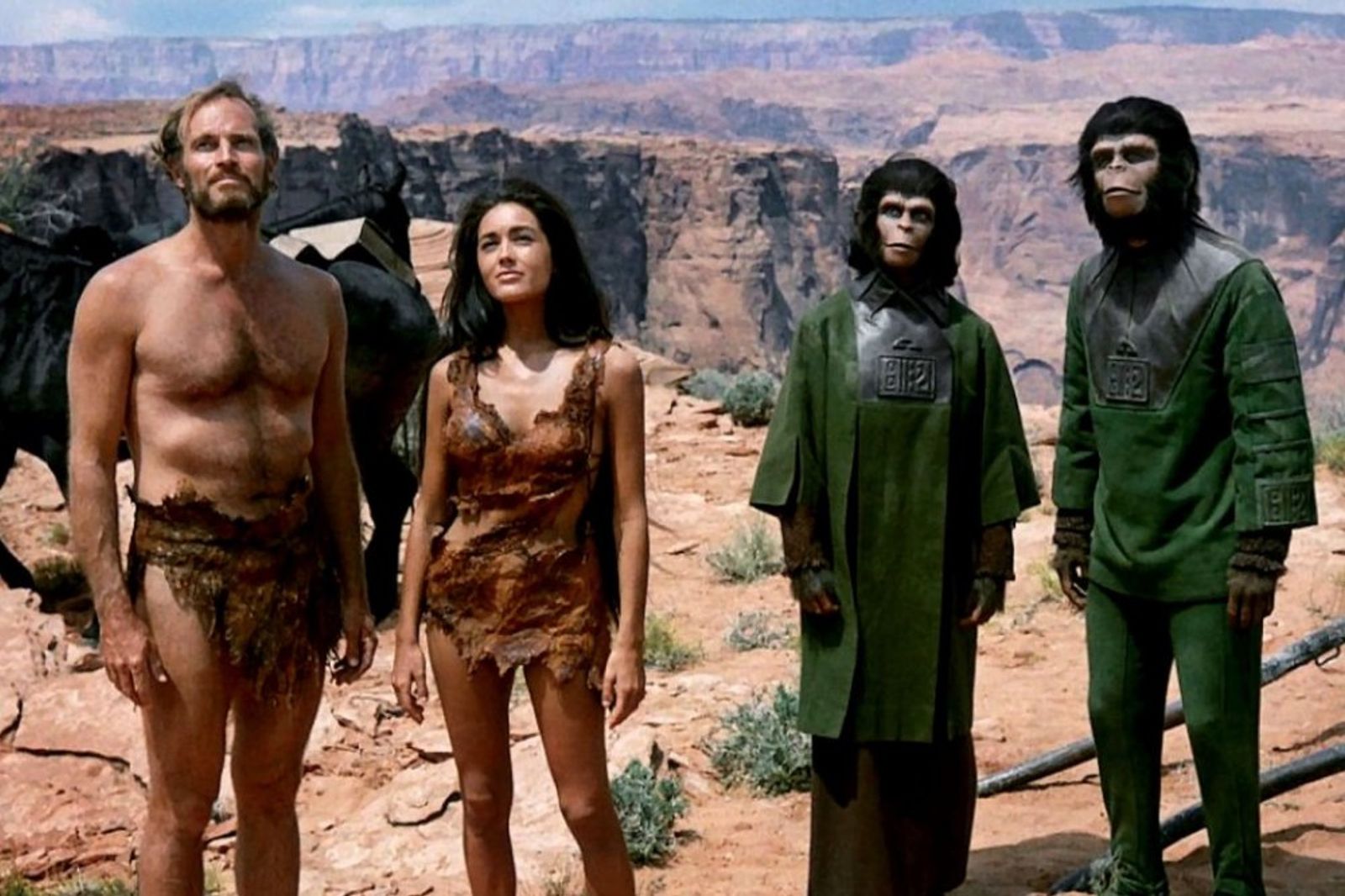 Planet of the Apes

Countermyths that take delight in misreading and reordering reconstructed faces, that say, not so fast, but for a simple twist of fate, we followed you along that branch for much further than you like to think. It’s someone’s job to work on those movies, make those heads, figure out how they would have spoken. 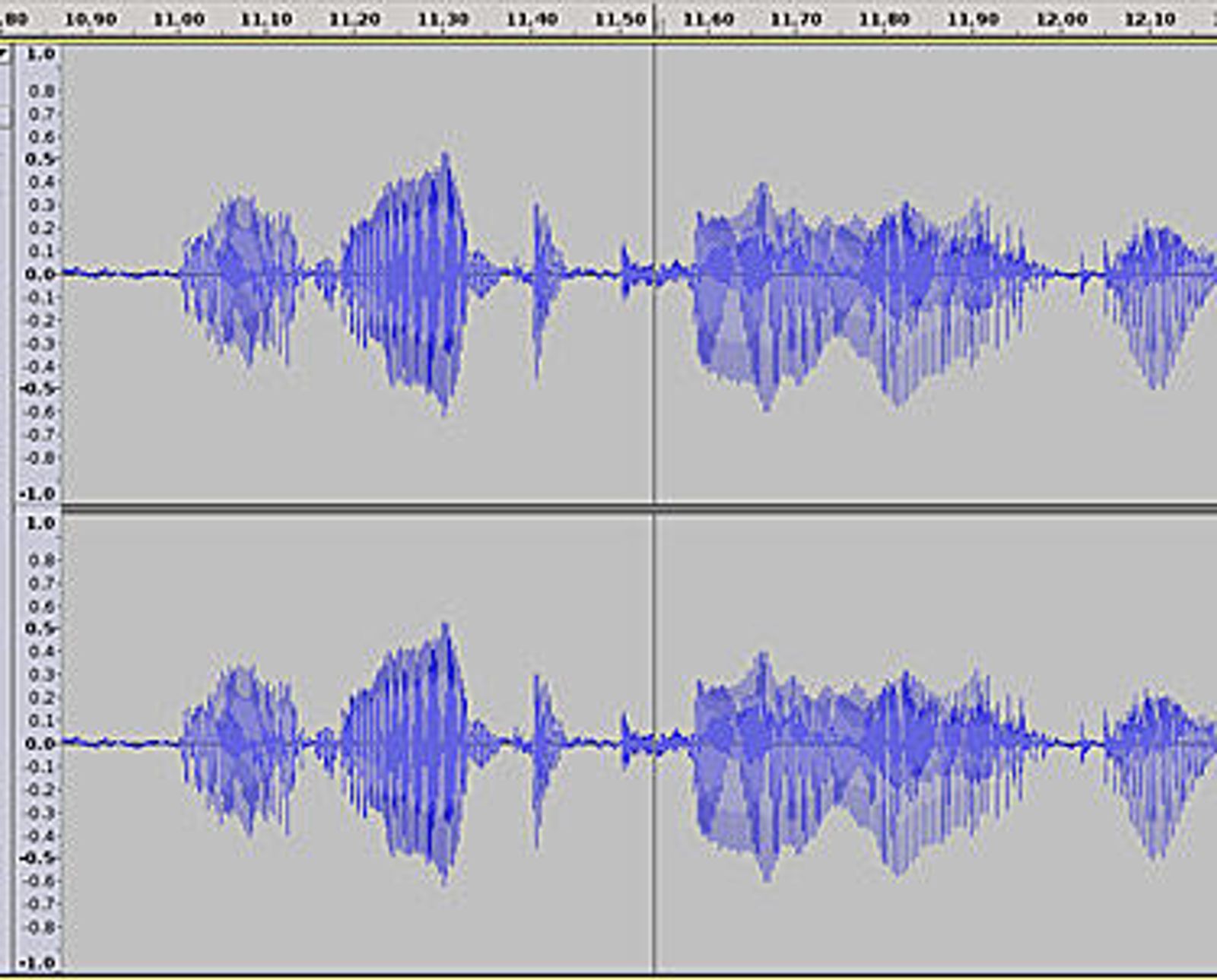 For Siege of Comedians I needed agents, gatherers of evidence who would put crowbars under manhole covers, translators who would listen and interpret.

In 1979 a recording of a man who claimed to be the Yorkshire Ripper was sent to police, and forensic voice analysts narrowed down the particularities of the Wearside pronunciation, syllable by syllable to the Castletown area of Sunderland, and so focused their search to that area. Billboards were set up, hot lines, and because this was pre-internet days, the tape was played on the radio. Unfortunately, the recording turned out to be a hoax, but still voice prints are like fingerprints, and I found this useful, that evidence can be buried not just underneath our feet but in how we listen. Sounds can be excavated, the accents under the accents, the efforts to change clues of origin, the way we assemble sentences from oceans of words, and how we pronounce them, the giveaways in what syllable is stressed, in how a vowel is stumbled over. 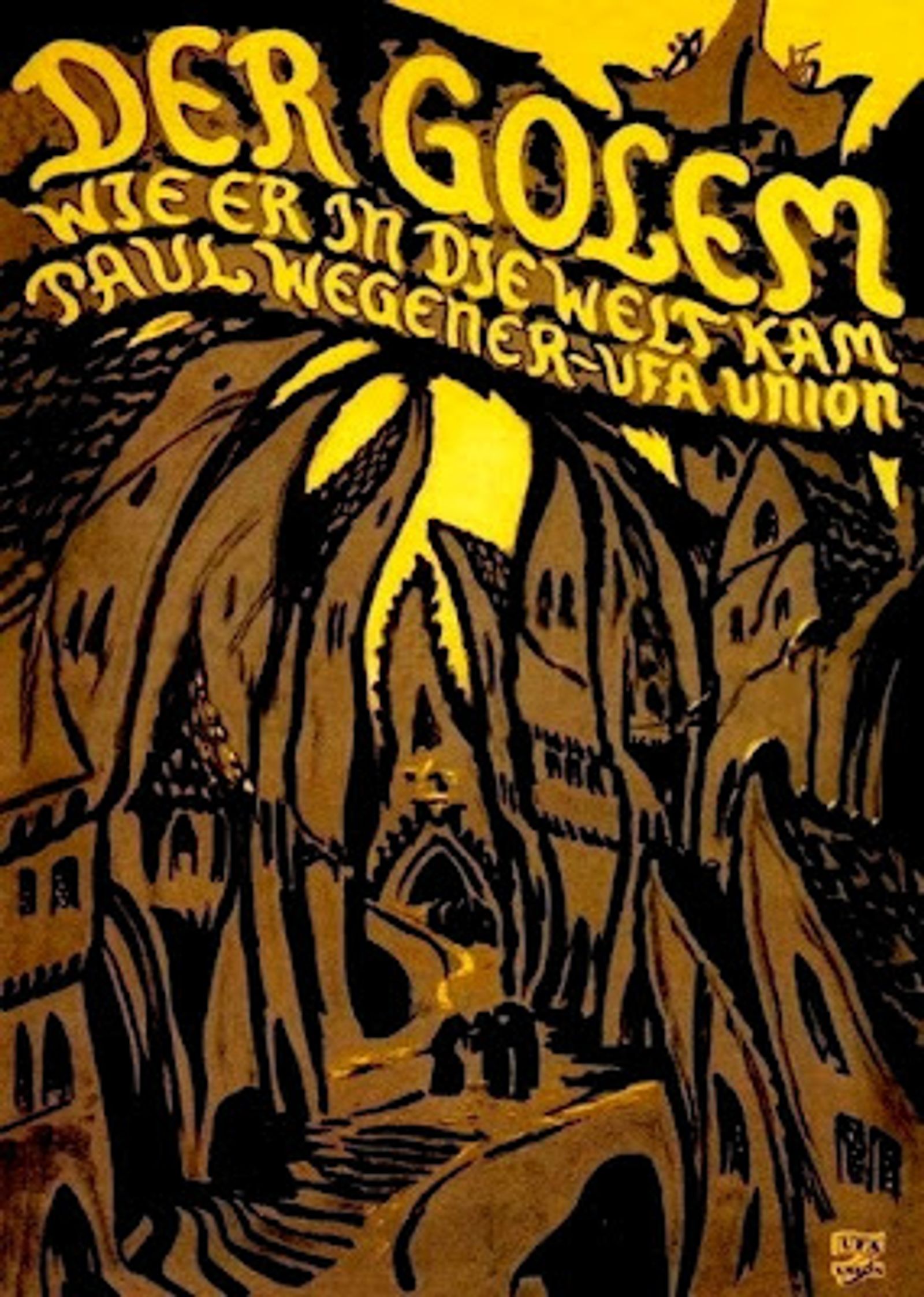 The stories of some real actors who became refugees appear in Siege of Comedians in passages labeled Adversaria, brief factories of facts. Ernst Deutsch was an Austrian Jewish actor who played Rabbi Loew’s assistant in Der Golem. Escaping in 1933, he returned to Vienna and Berlin after the war, performing mainly as a stage actor, but he was notable for playing “Baron” Kurtz, friend of Harry Lime in The Third Man. An earlier escapee from Berlin, cinematographer Karl Freund who shot Metropolis, returned in 1937 to get his daughter out, thereby saving her life. His wife, who did not leave, was murdered in Ravensbruck. Freund lived in Los Angeles where he would go on the shoot I Love Lucy. 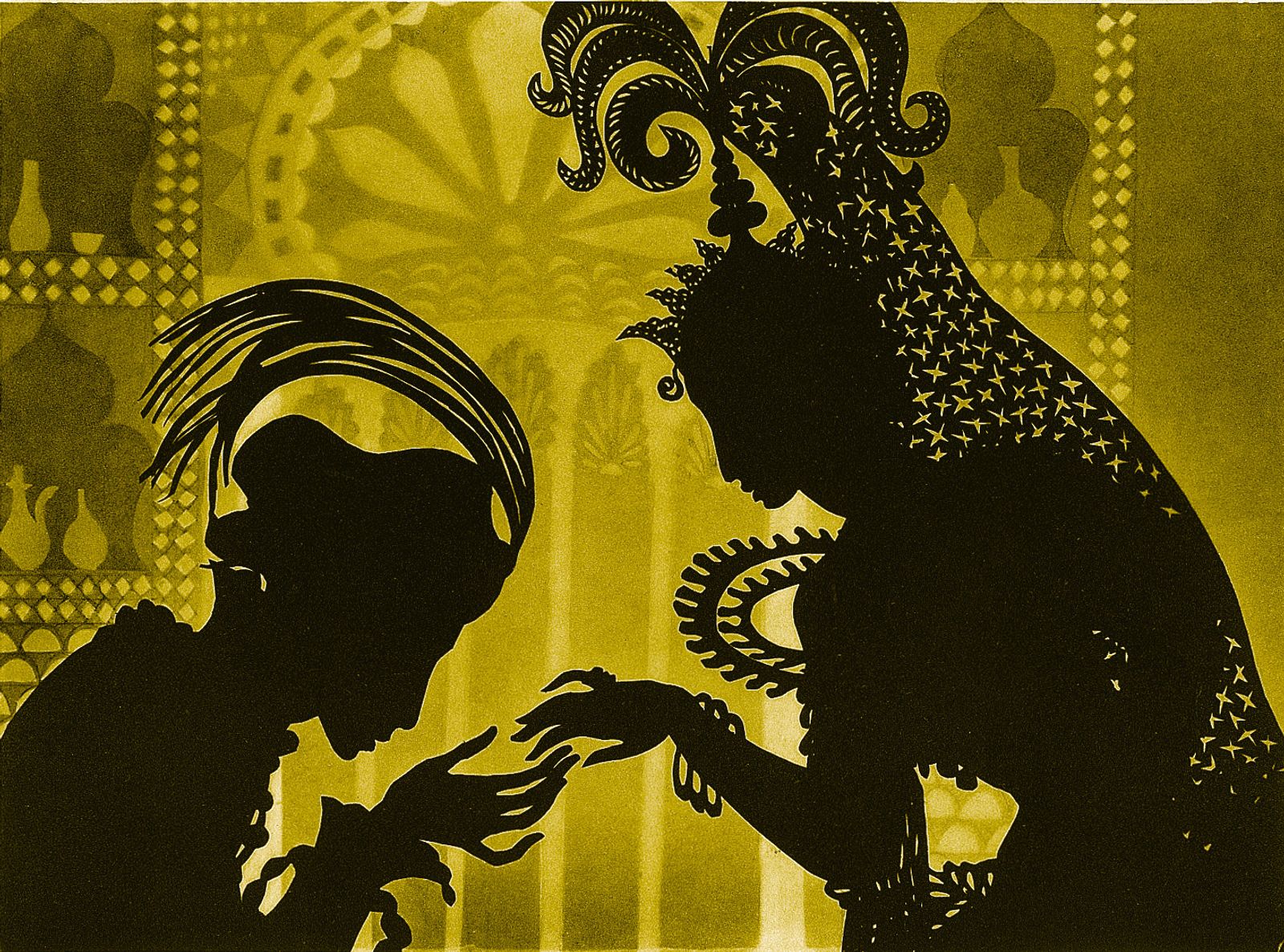 There was also the story of Lotte Reiniger who escaped but returned to take care of her mother. Trapped in Berlin, she was forced to make propaganda films for the Reich. But before she became a reluctant propagandist, she made silhouette animations, influenced by Turkish shadow puppets, entertainments meant for children but also, in their own way, subversive. The most well-known was Prinzen Achmed, who who wore a feathered turban, shoes with turned up toes. 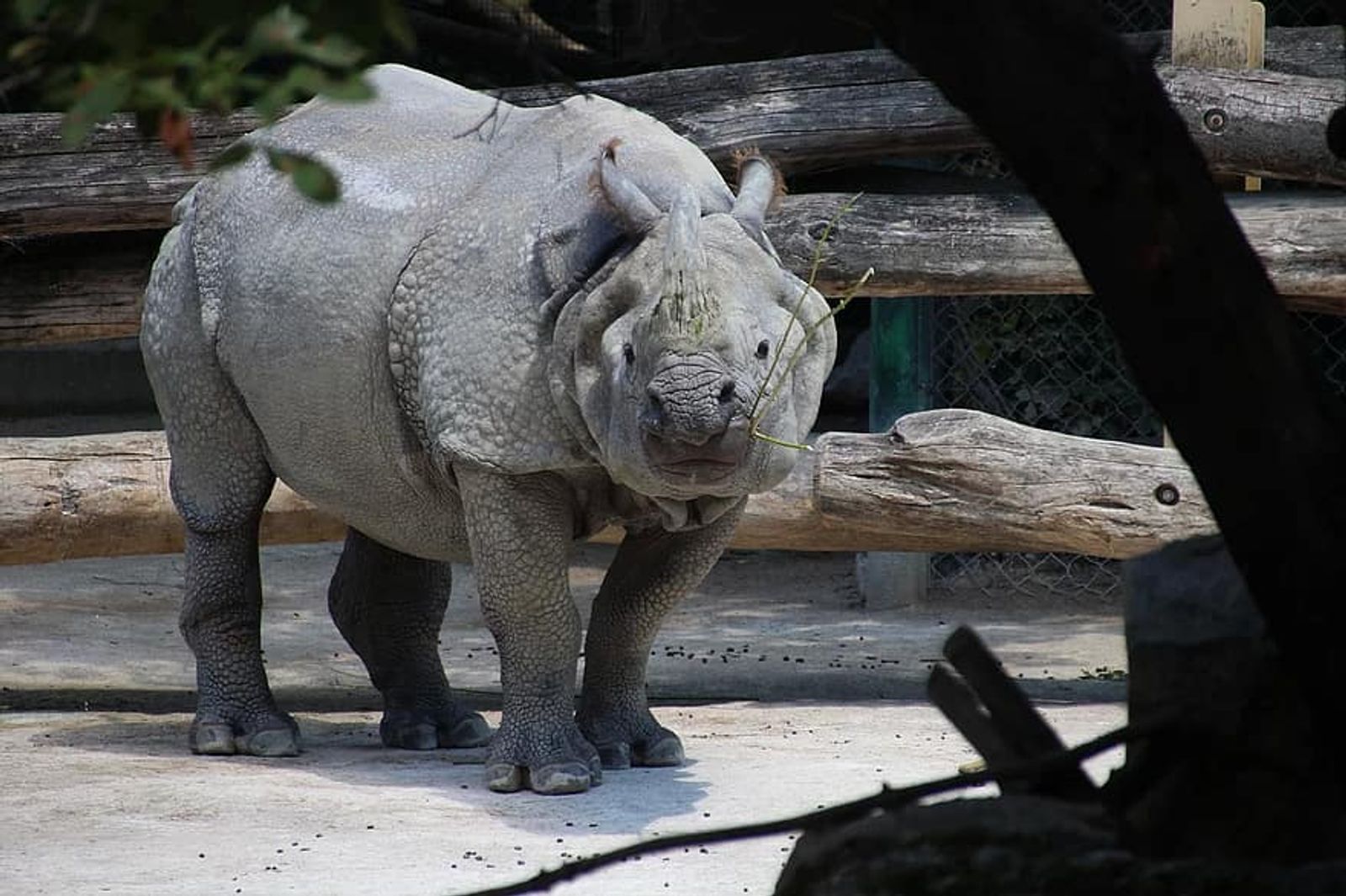 White rhino in the Vienna Zoo

Besides apes and crocodiles, another animal important to Siege of Comedians was a white rhino living in the zoo on Schonbrunn Palace grounds in Vienna, believed to a reincarnation of Leni Riefenstahl. This, as far as is known, was not a fact.

The Republic of Kugelmugel, established by a man named Edwin Lipburger, seceded from Austria in 1976. The entire nation consists of a spherical house whose self-proclaimed address is #2 Antifaschismusplatz. I’ve often looked at those tiny islands in New York's Jamaica Bay Estuary, uninhabited nature sanctuaries, as potential microstates, but a mobile microstate, rolling and vehicular, could come to you. 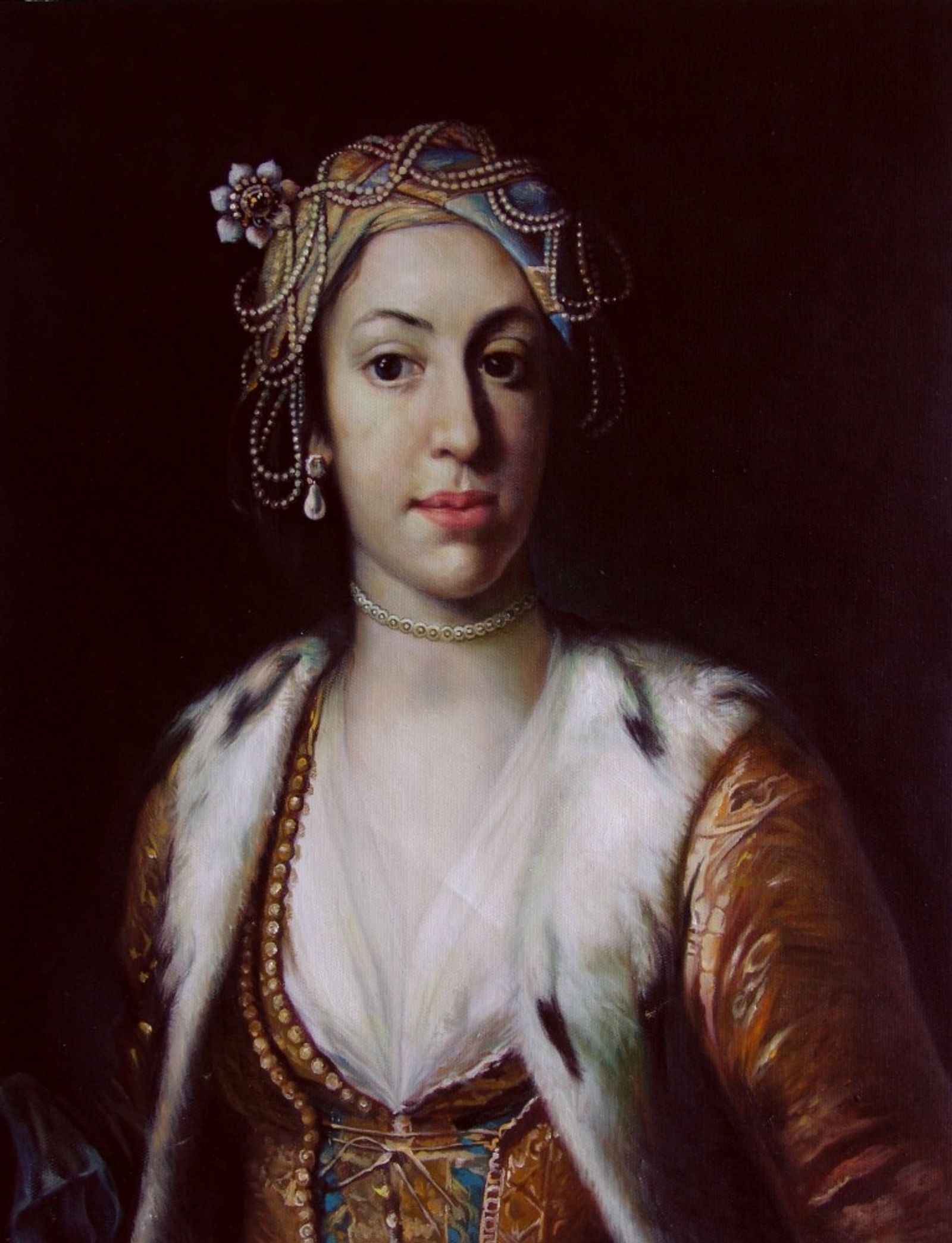 Eugene of Savoy was intent to safeguard one city, Vienna, as truly European, leaving Sarajevo to absorb the blows that came from being positioned as an outpost of the East, laying out a type of blueprint for the pattern of violence in the Balkans that continues to this day.

On January 26, 1717 Mary Wortley Montagu wrote of him to Lady Mar, I don't know what comfort other people find in considering the weaknesses of great men because it brings them nearer to their own level, but `tis allways a mortification to me to observe that ‘there is no perfection in Humanity. Surrounded by acres of landscape paintings and sculpture on allegorical and military themes he rested between plotting battles and expansionist projects. If his troops marched in the mud and ate acorns, so did he, but at home he fed his pets, gibbons, gazelles, orangutans, and waited for another imperial war.

Lady Montagu left Vienna for Istanbul where her husband was posted as ambassador to the sultan. On February 12, 1717 she passed through the battlefield of Zenta in Croatia and described it in a letter to Alexander Pope.

The marks of the Glorious bloody day are yet recent, the field being strew'd with Skulls and Carcases of unbury'd Men, Horses and Camels. I could not look without horror on such numbers of mangled humane bodys, and refflect on the Injustice of War, that makes ‘murther not only necessary but meritorious.