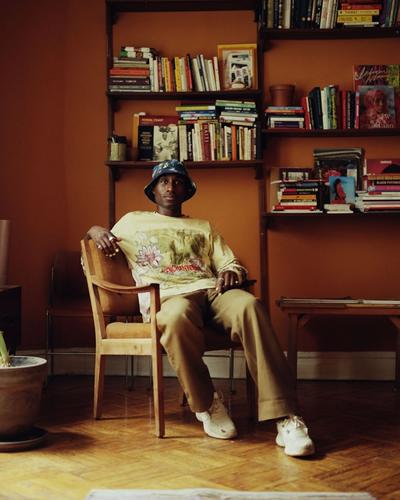 Chefs in the City: Anna Polonsky

With a penchant for the artisanal, Anna Polonsky visits small, mission-driven Bed-Stuy businesses. 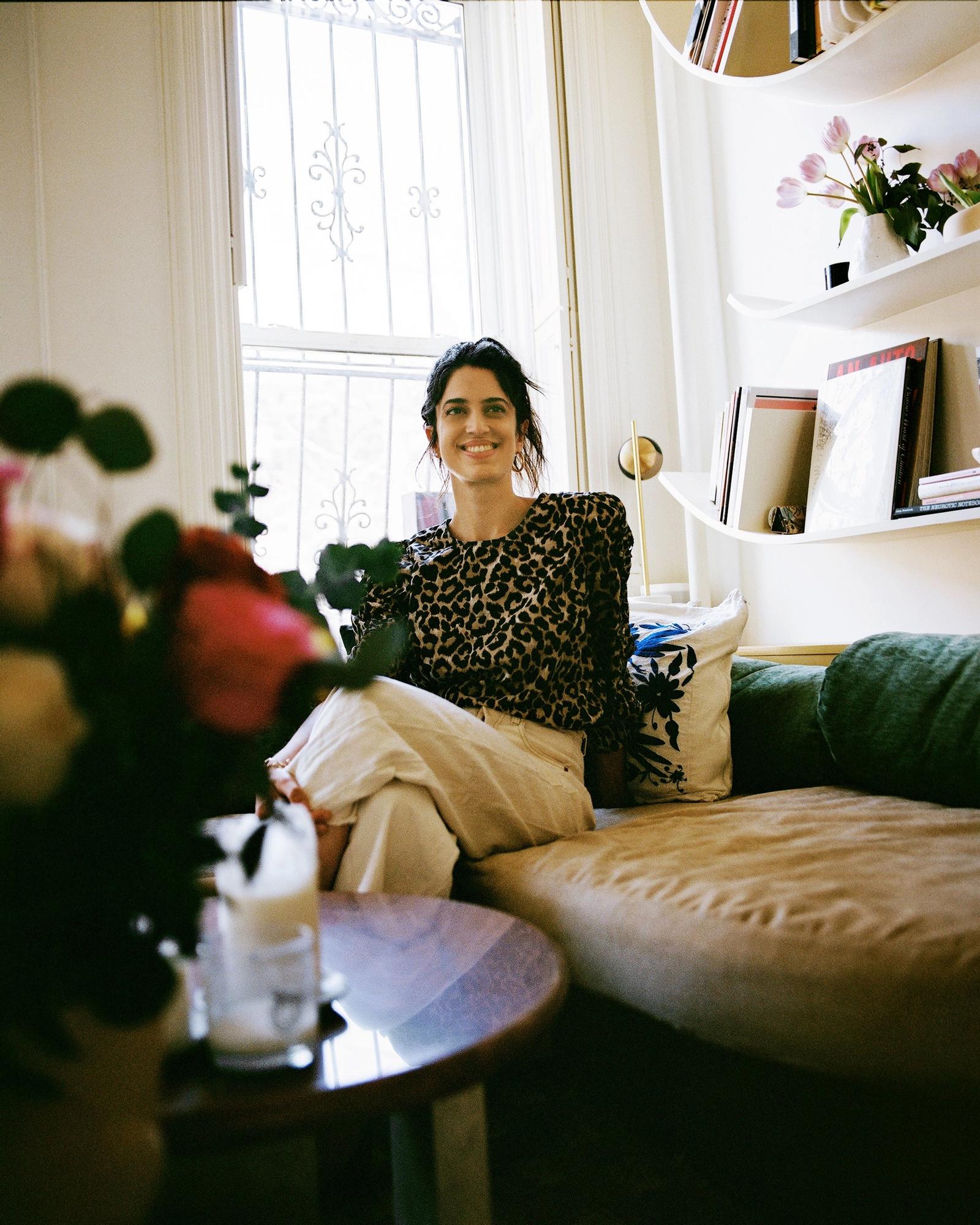 For this Broadcast series, Pioneer Works Supper Club chefs and collaborators are asked what small businesses they frequent—in a celebration of city life, good food, and all things local. In the process, we learn more about their background, their worldview, and what day-to-day activities inform their creative, culinary practice.

Anna Polonsky is a creative director who has worked with some of the biggest names in the hospitality industry, earning her accolades from Forbes and the James Beard Foundation. She recently pivoted to helping independent chefs, makers, and activists in food create a brand and tell their story. In 2019, she launched Polonsky & Friends to focus specifically on these mission-driven, passionate clients and, more recently, just launched a newsletter—The Deli—that spotlights New York’s best food makers. We spent the morning checking out purveyors of artisan goods in her neighborhood of Bed-Stuy.

“I was always coming from a family who cares about food, even though I studied more politics and advertising. I did a lot of internships in fashion and I never liked them. I was really interested in the making side of things, the artisanal part, but not so much in the industry. So I quit my last fashion internship and started to work in a restaurant, and realized that I loved working in food. When I returned to France to finish my master's, that's how I started collaborating with Le Fooding, this really disruptive French media company. I became a partner after a while and came back to NY to set up the US branch of the company in 2009. They were the first to do something else than the Michelin guide, supporting younger chefs, other styles of dining, and incorporating art and design into the food media and event experience.

When I left Le Fooding, I noticed there were no 360 degree agencies for hospitality. There was a model that existed in every other industry but not for food. So, I created one of the first in 2014, The MP Shift. And that worked out great! I did it with a partner and we grew really fast. But as we grew it became a bit too big for my taste, working with clients who were more and more corporate and disconnected from food. It was important for me, with Polonsky & Friends, to go back to working with people who are really passionate about the food itself and the community it creates. We are really focused on clients who care about promoting important topics such as sourcing, sustainability, inclusivity, diversity, wellness, and craft.” 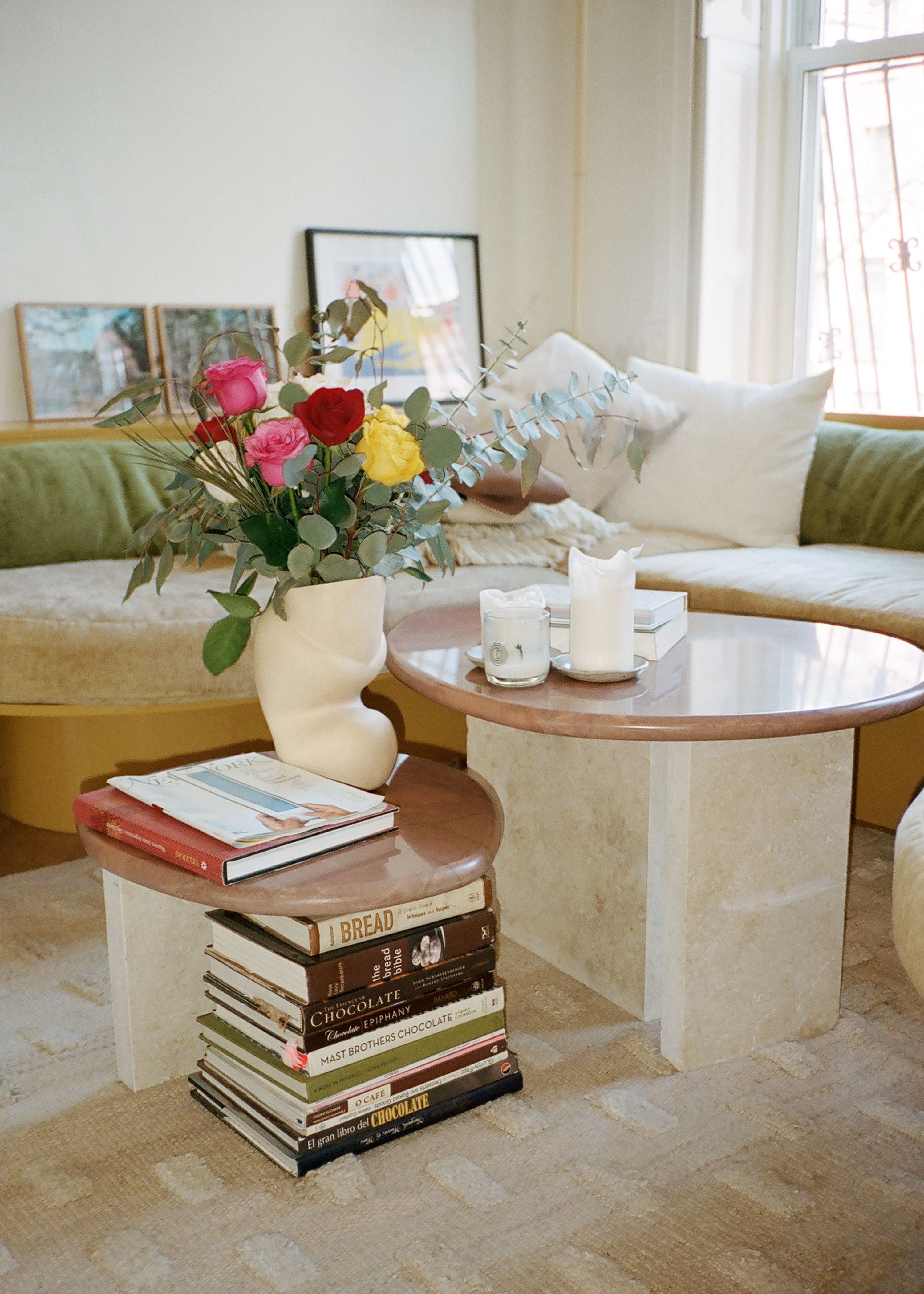 “We go to Saraghina Bakery once or twice a week to buy bread, and they have a nice cheese selection. We actually knew their bread before we moved to the neighborhood because they were catering to Altro Paradiso, which is our friend's restaurant in the city, and we thought the bread was great. Then when we moved here, we were super excited to see they were the ones making it. If we can get a table, we'll go to the restaurant side of it to have pizza and roasted chicken, probably once a week. They're always so packed! 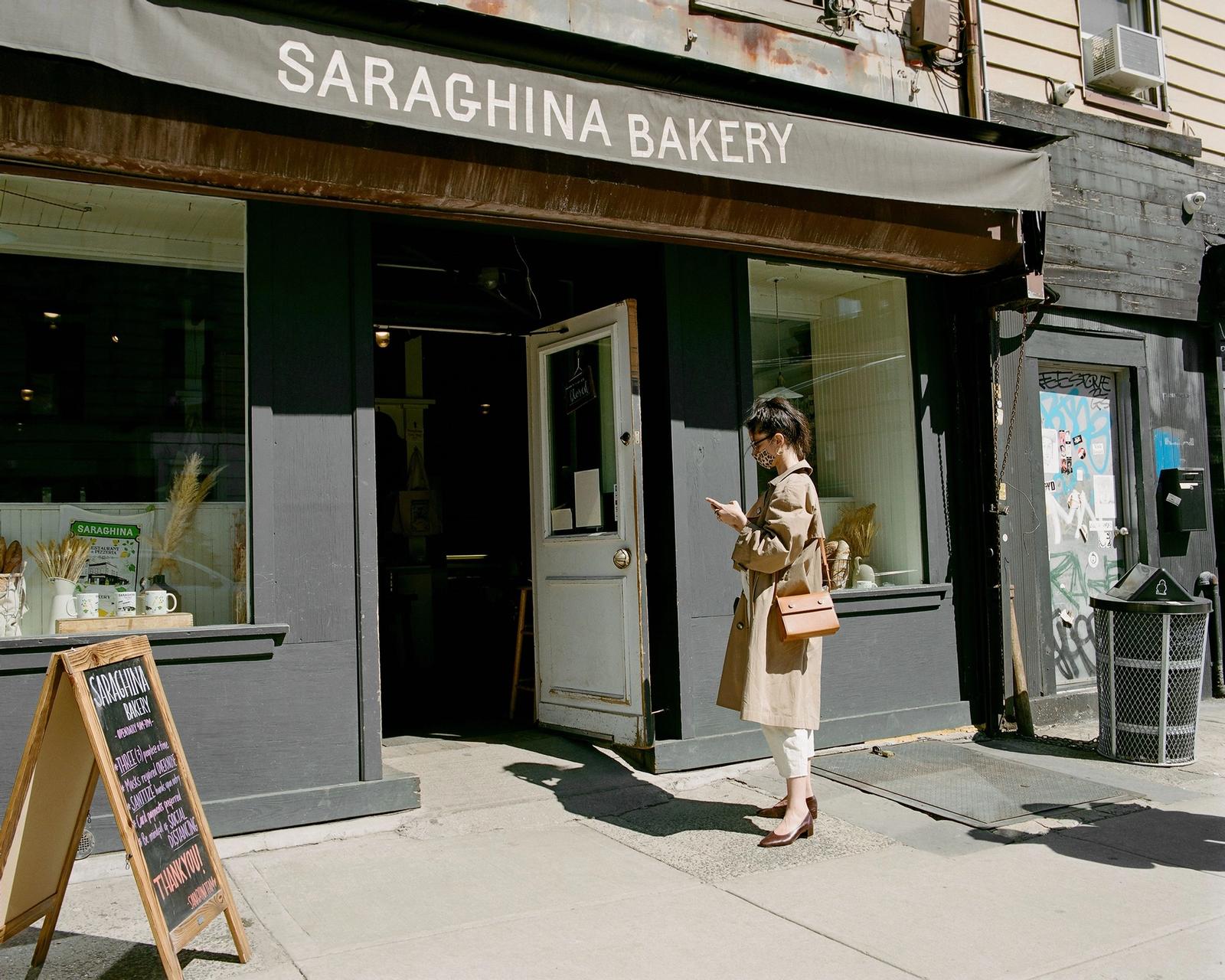 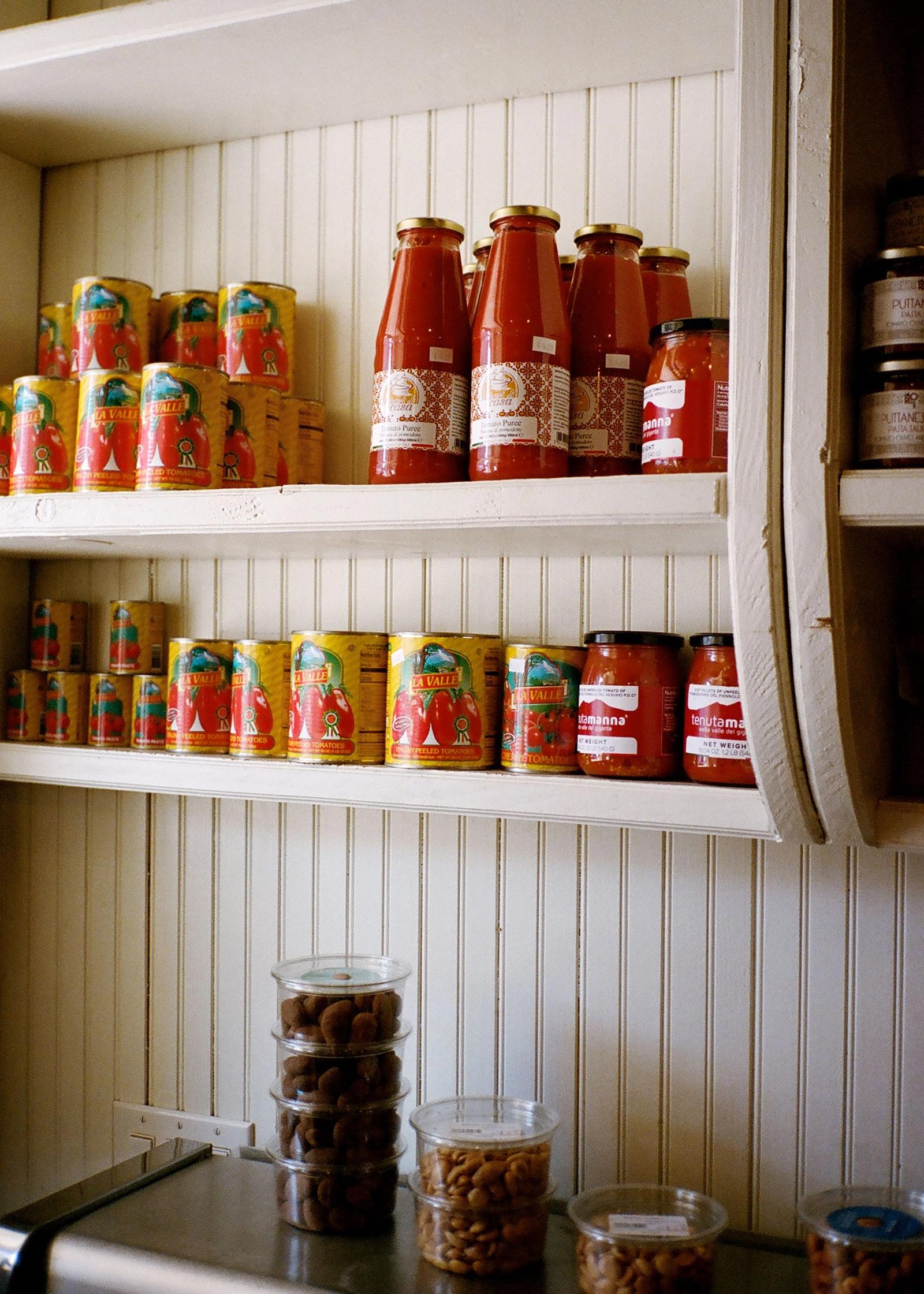 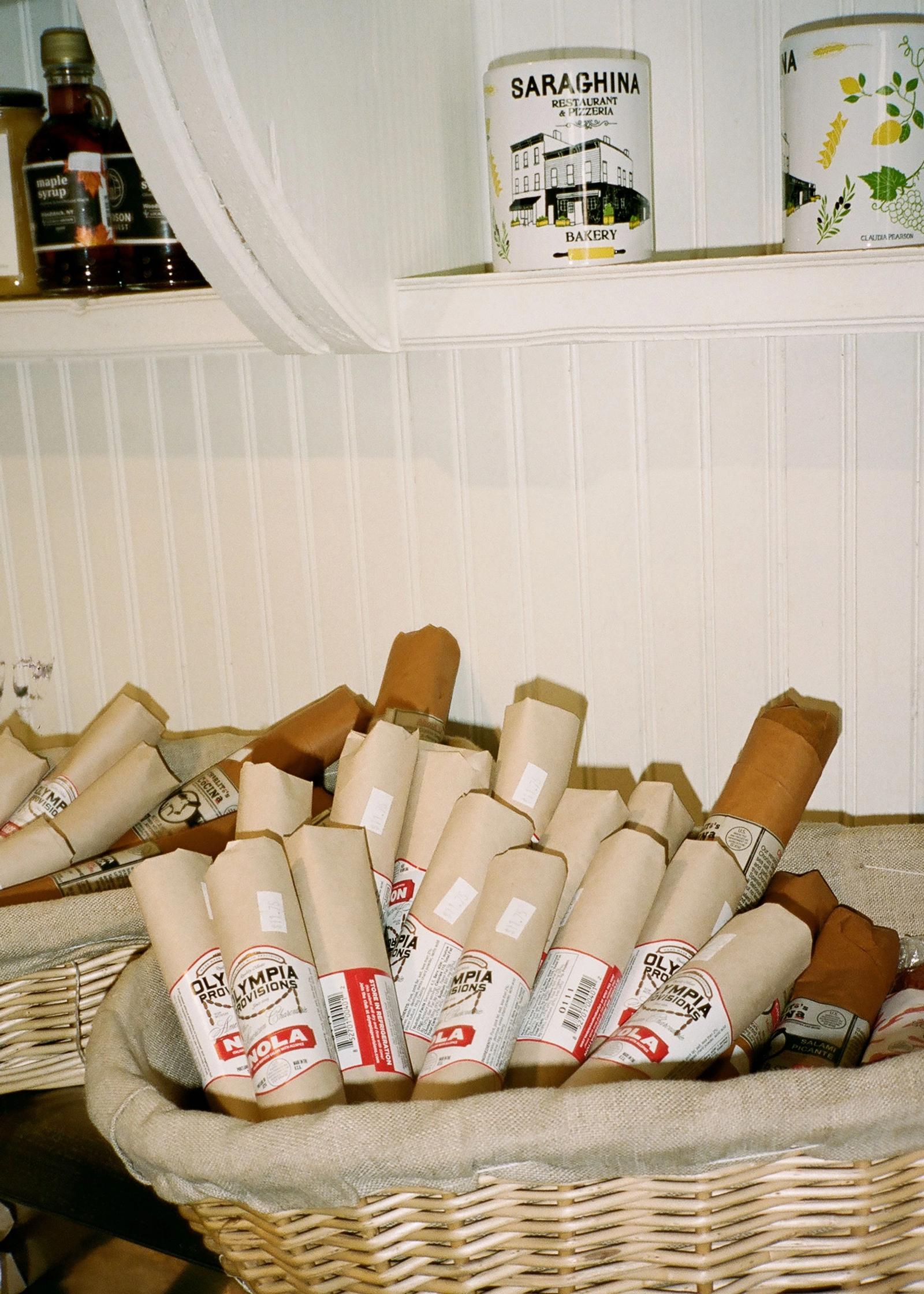 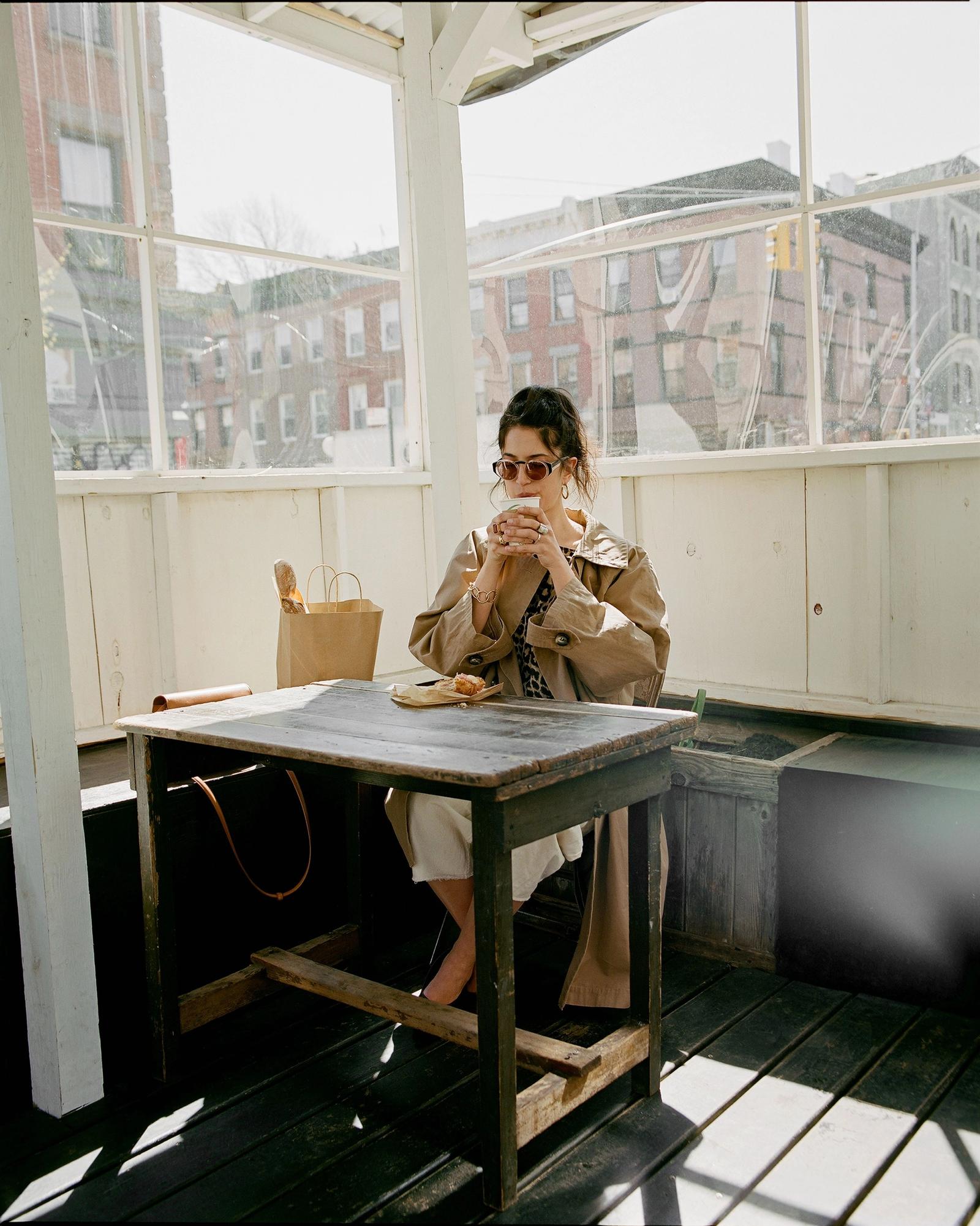 They started just as a pizza place, probably 10 years ago or more, and they slowly just expanded around. They opened the little tap house barn next door, then they opened the bakery. So, it's exactly the type of place, you know, that excites me. They're not trying to open a pizzeria chain around New York, which they could have done. They're really trying to invest back into the neighborhood.”

“Raini is part of another real neighborhood focused group, so to speak. Kai, who owns it, opened Sincerely Tommy a few years ago, a curated fashion store slash coffee shop. And she's also slowly expanded to do more and more. At Raini Home, Kai actually does make furniture herself, but she also carries a lot of independent Brooklyn designers. 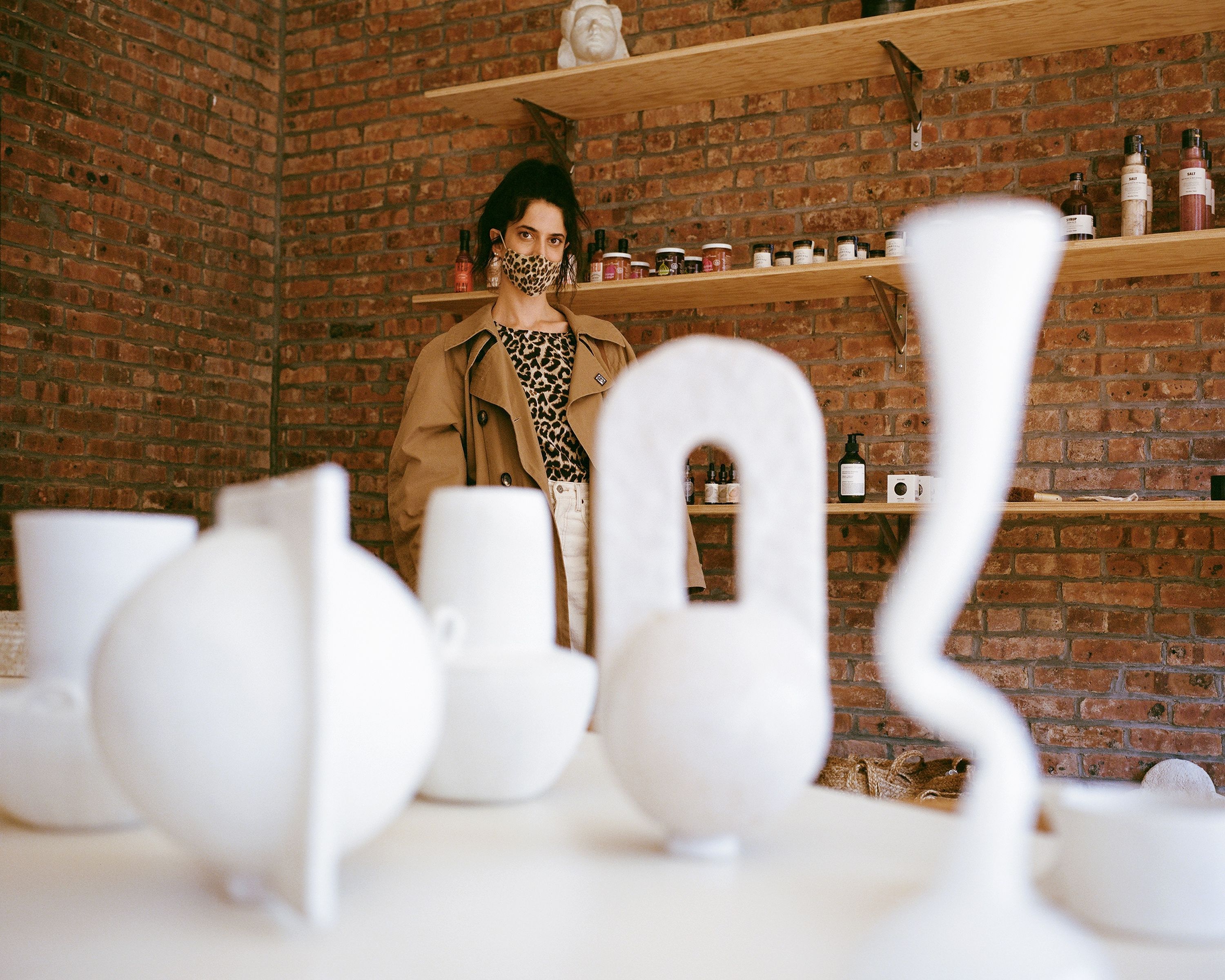 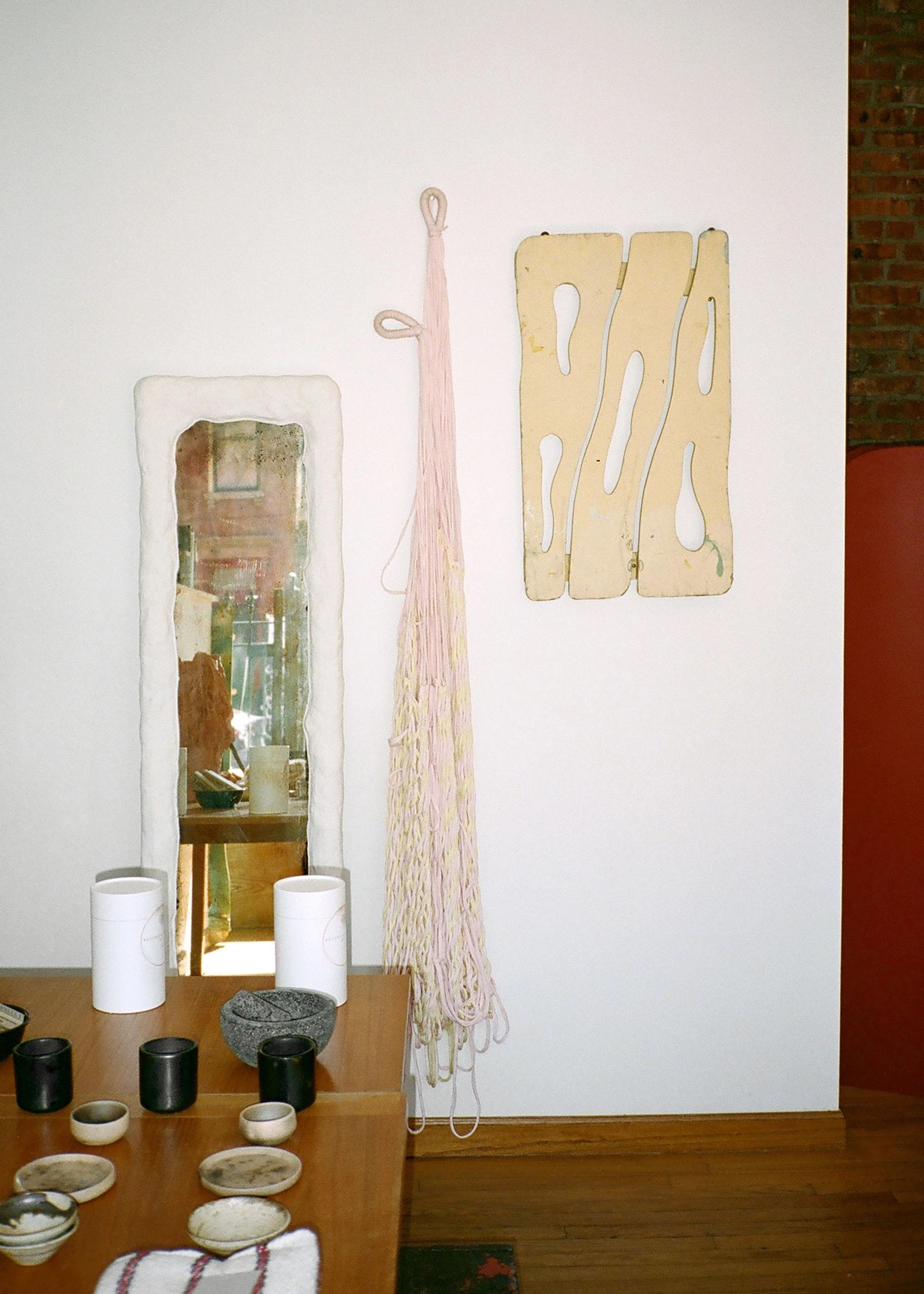 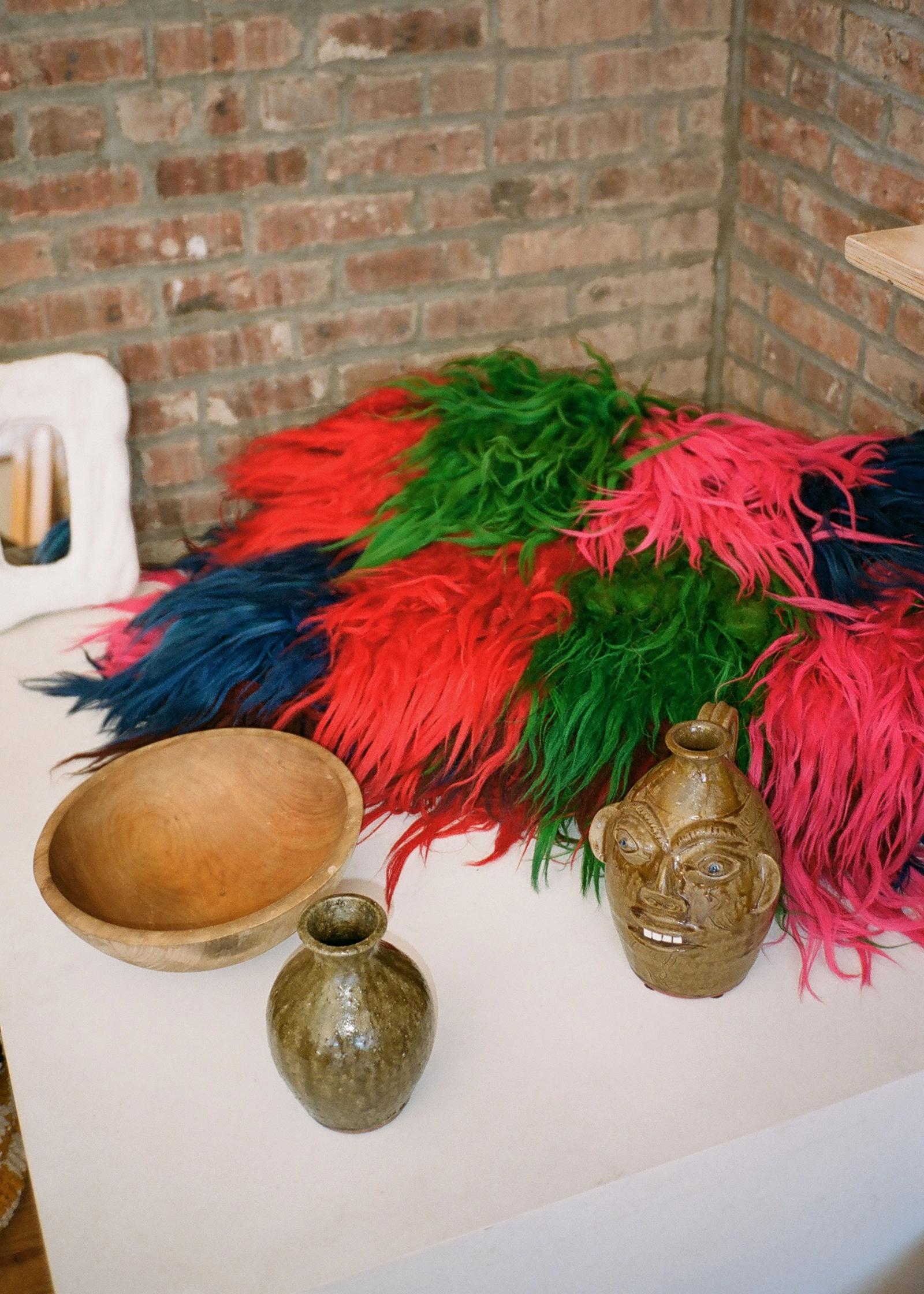 She also co-founded Building Black Bed Stuy this summer, a wonderful organization that is supporting the Black community in Bed-Stuy, to make sure they can build their own businesses here. In an effort to raise funds and awareness around it, she's been organizing amazing block parties every Sunday, weather permitting, gathering a great lineup of local local makers and food vendors.”

“I actually found Alive walking with my husband in the neighborhood. I saw from the outside all these shelves filled with spices and got super curious. They carry pantry staples from around the world and still make their own spice blends and their own condiments. It is nice to see how much is done in house and how much care they put into educating the clientele, with thorough descriptions for every single product. They take the time to explain to you the virtues of each ingredient. So we buy a lot of spices there—such as zaatar, coriander and cumin—which we cook a lot with. 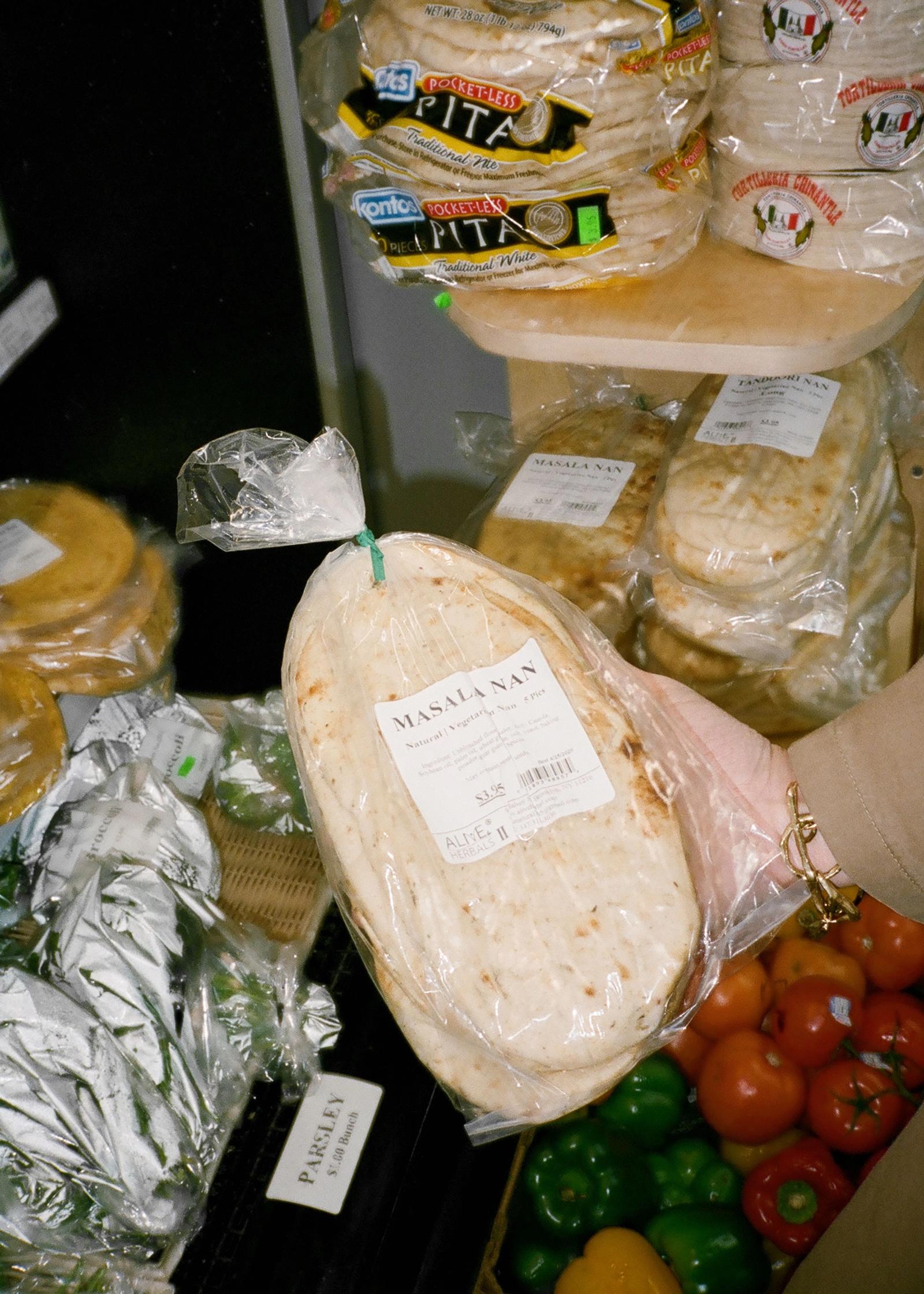 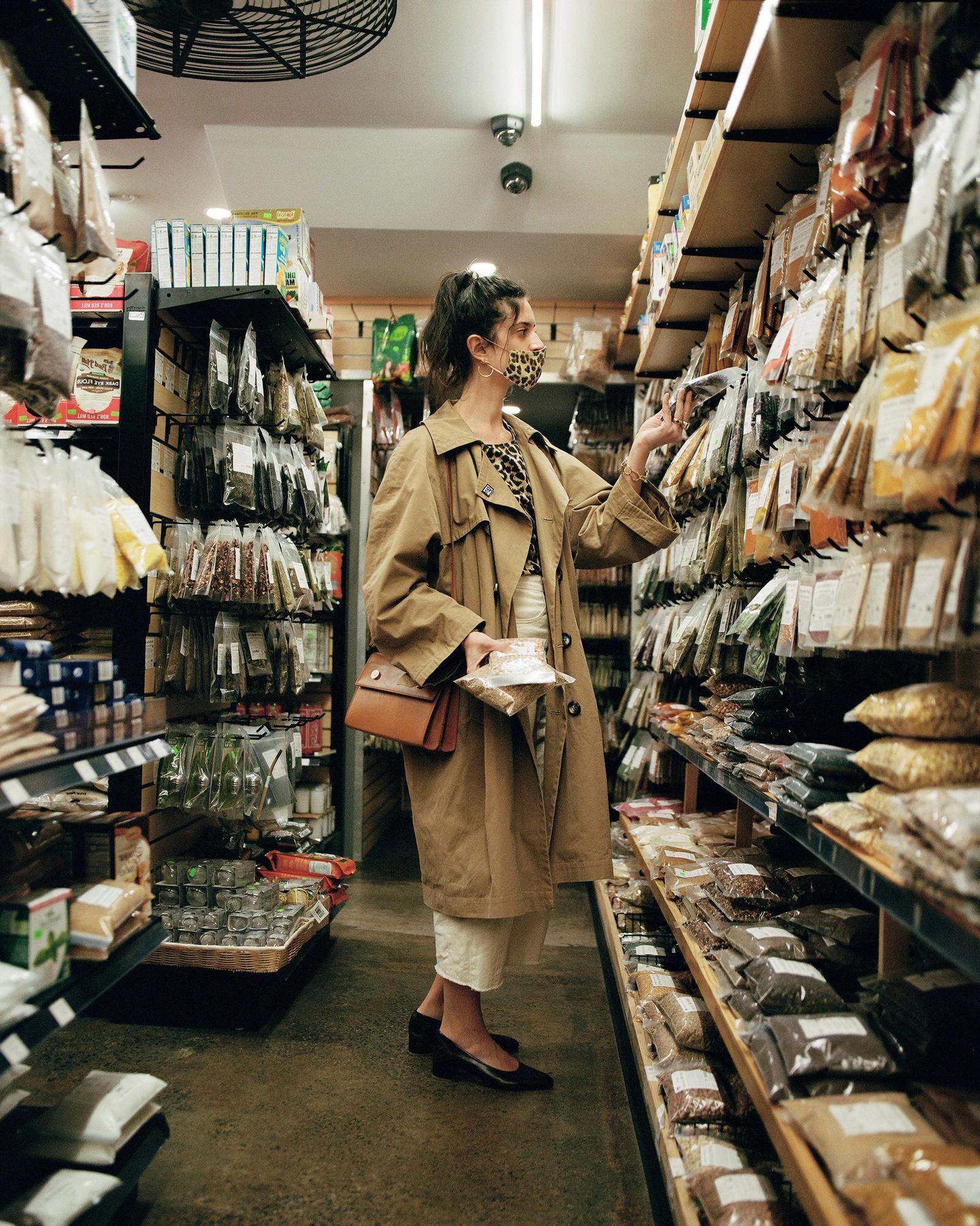 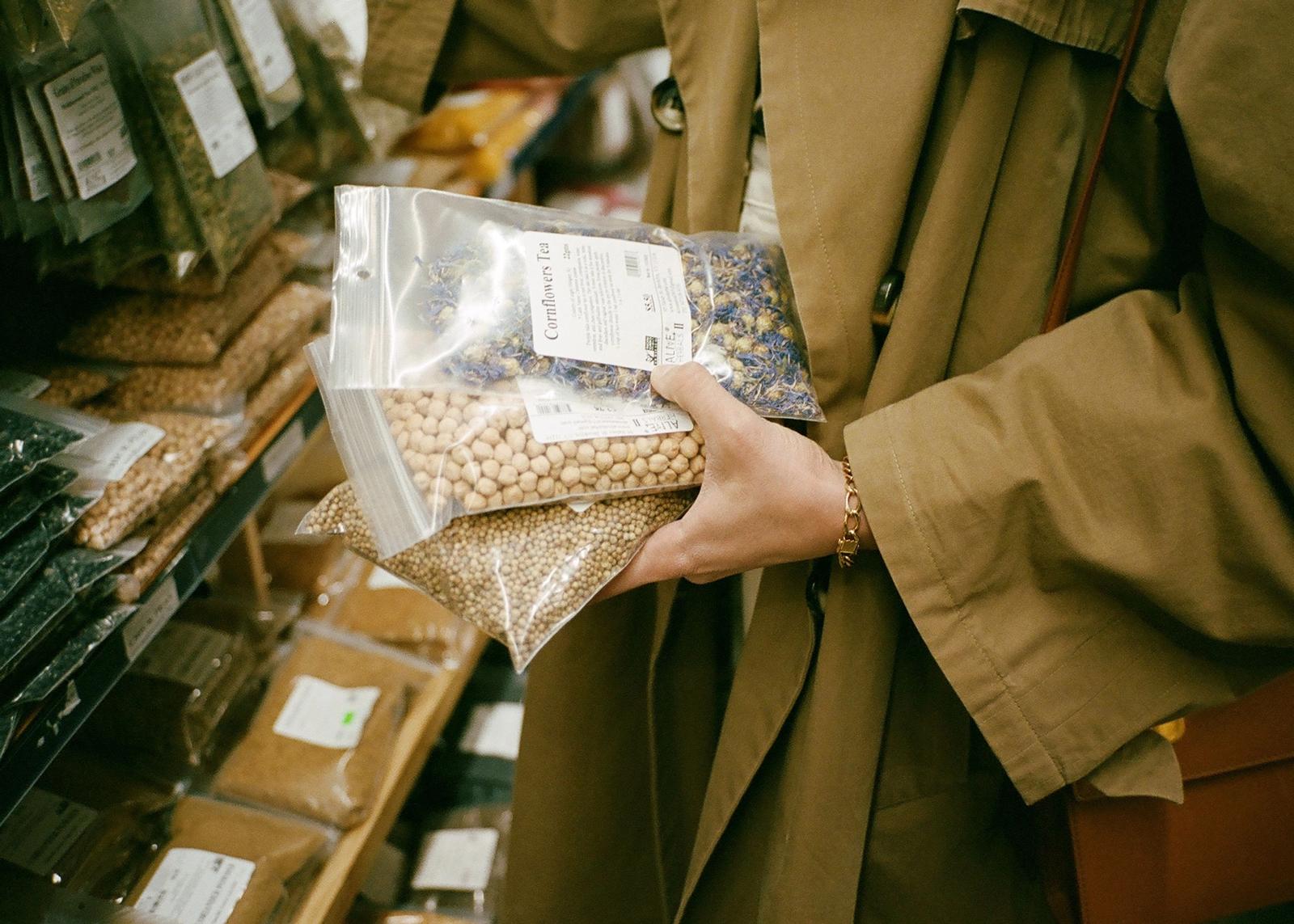 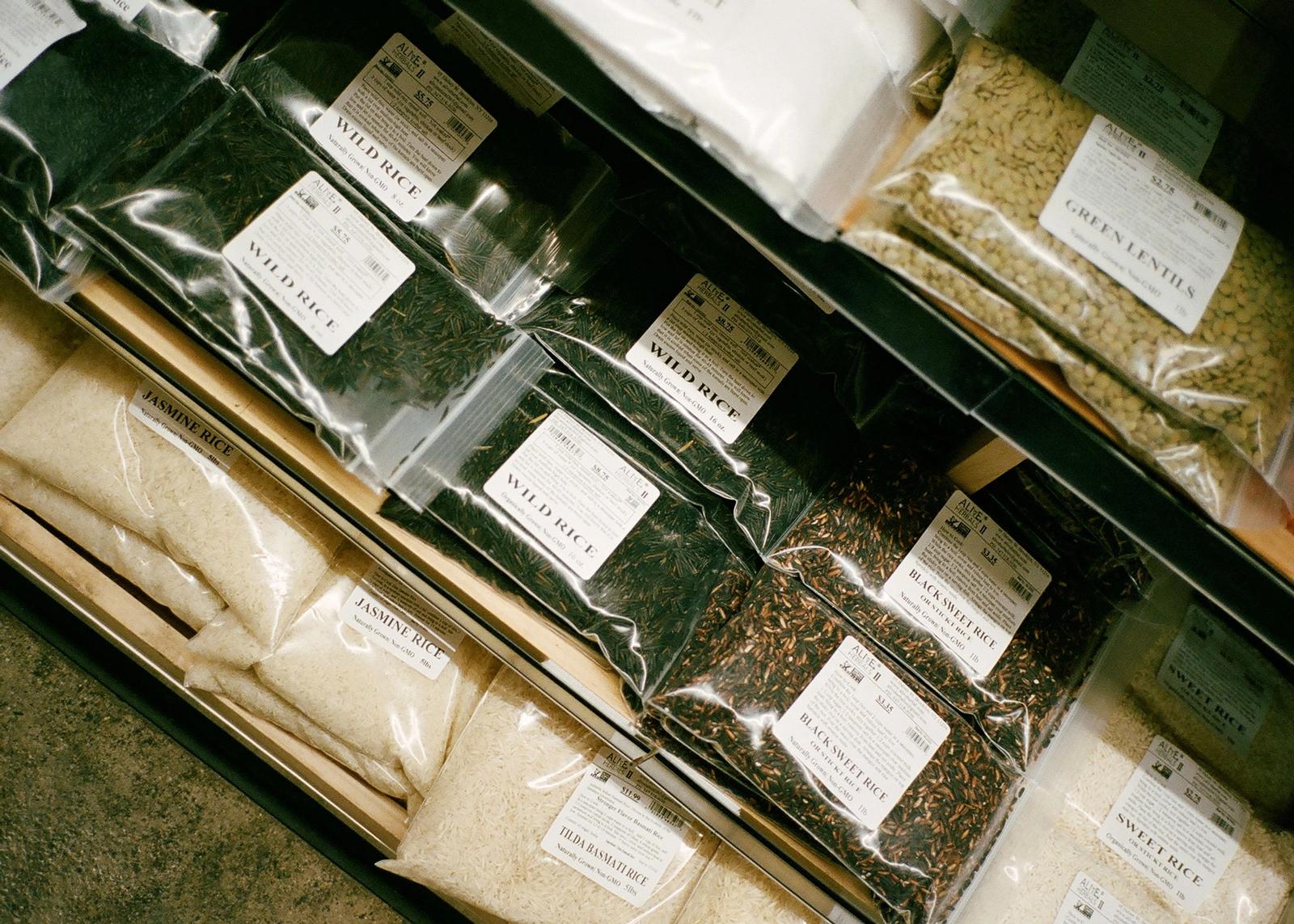 We will also buy a lot of anything that involves cheese and nuts, or big jars of olive oil. All of their breads we keep in the fridge. And all the exciting treats we get to discover there, from Turkish delights to Korean hot sauce, from yogurt to terrific chutneys. I love it, and it's quite under the radar. They're not trying to be hip or anything. It's refreshing.”