Celebrating The Universe in Verse

In honor of the fourth annual The Universe in Verse on April 25, enjoy highlights from past gatherings of poets, scientists, musicians, thinkers, and artists, curated by Maria Popova.
art
BY Editorial Staff

The Broadcast is excited to present The Universe in Verse, the annual celebration of science and poetry curated by the unstoppable Maria Popova. Conceived inside the walls of Pioneer Works, The Universe in Verse is brought to you virtually, but no less passionately, during these unprecedented times.

Just before the first The Universe in Verse in 2017, a taxi driver, confounded by the crowded and energized queue of people lining the block in an otherwise characteristically slow-paced Brooklyn neighborhood, asked of the passenger alighting, “What’s going on here?” The uncertain reply was, “Poetry?” 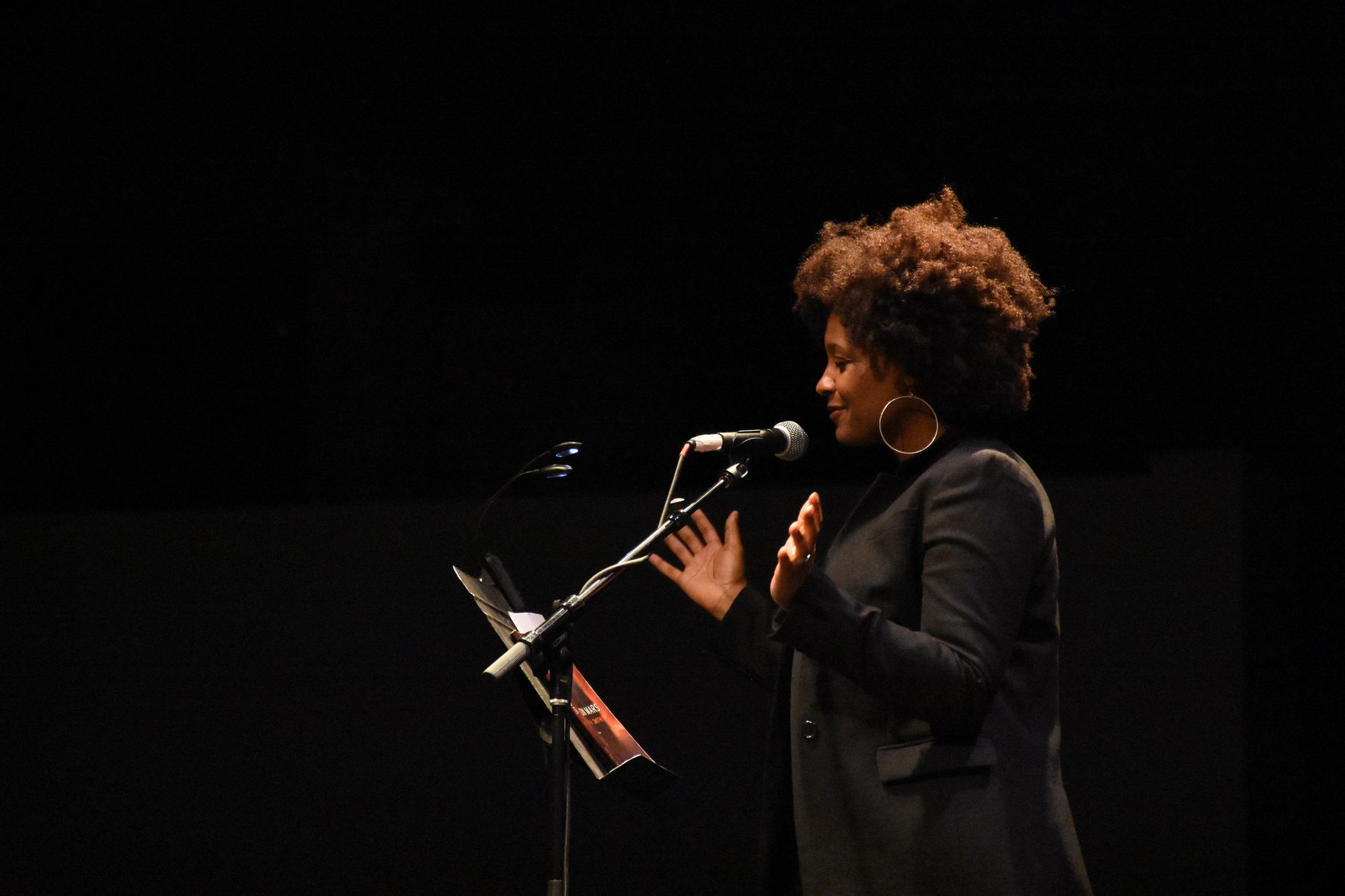 Tracy K. Smith reading for The Universe in Verse in 2017. Photo credit: Molly Walsh
Each poem, each pairing with a reader, the cadence and chronology is so carefully selected and connected that the result is a cohesive, entirely complex performance that is also celebratory, experiential, and fleeting.

Nearly instantly, The Universe in Verse became the most popular poetry event in the country, an improbable accolade that still could have been predicted as a direct corollary of Maria Popova’s loving and assiduous curation. Each poem, each pairing with a reader, the cadence and chronology is so carefully selected and connected that the result is a cohesive, intricate performance that is also celebratory, experiential, and fleeting. There is something special about being called together at a particular moment in time and a particular place, to feel the presence of others listening and watching together. We took that animalistic pleasure of convening for granted in our previous events. As we eagerly await this year's incredible cast, we look forward to that old-fashioned experience of leaning toward the radio and sharing in the same moment in time, the same performance, knowing there are others out there. 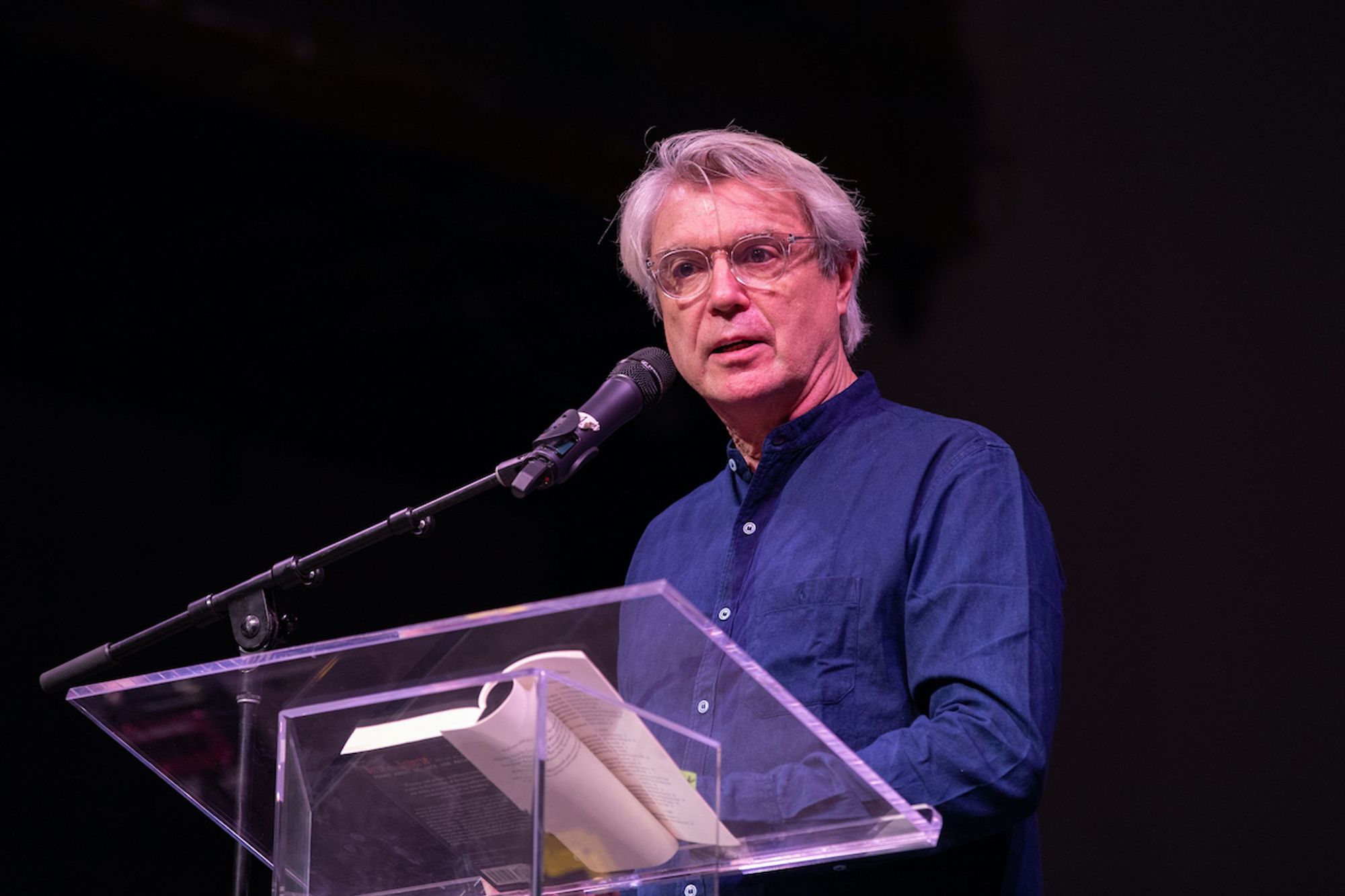 As a preview, we offer selections from previous The Universe in Verse incarnations. The second annual Universe in Verse opened with our director of sciences Janna Levin reading the space-bound Maya Angelou poem, “A Brave and Startling Truth,” which also inspired our quarantine Manifesto. Maria said of the particular Angelou piece, “I chose this poem to set the tone for the show in part because it is absolutely stunning and acutely relevant to our cultural moment, and in part because the first time I read it, it sparked in me a sudden insight into the often invisible ways in which science and poetry influence and inspire one another — into how the golden threads of thought and feeling stretch and cross-hatch across disciplines to weave what we call culture.” 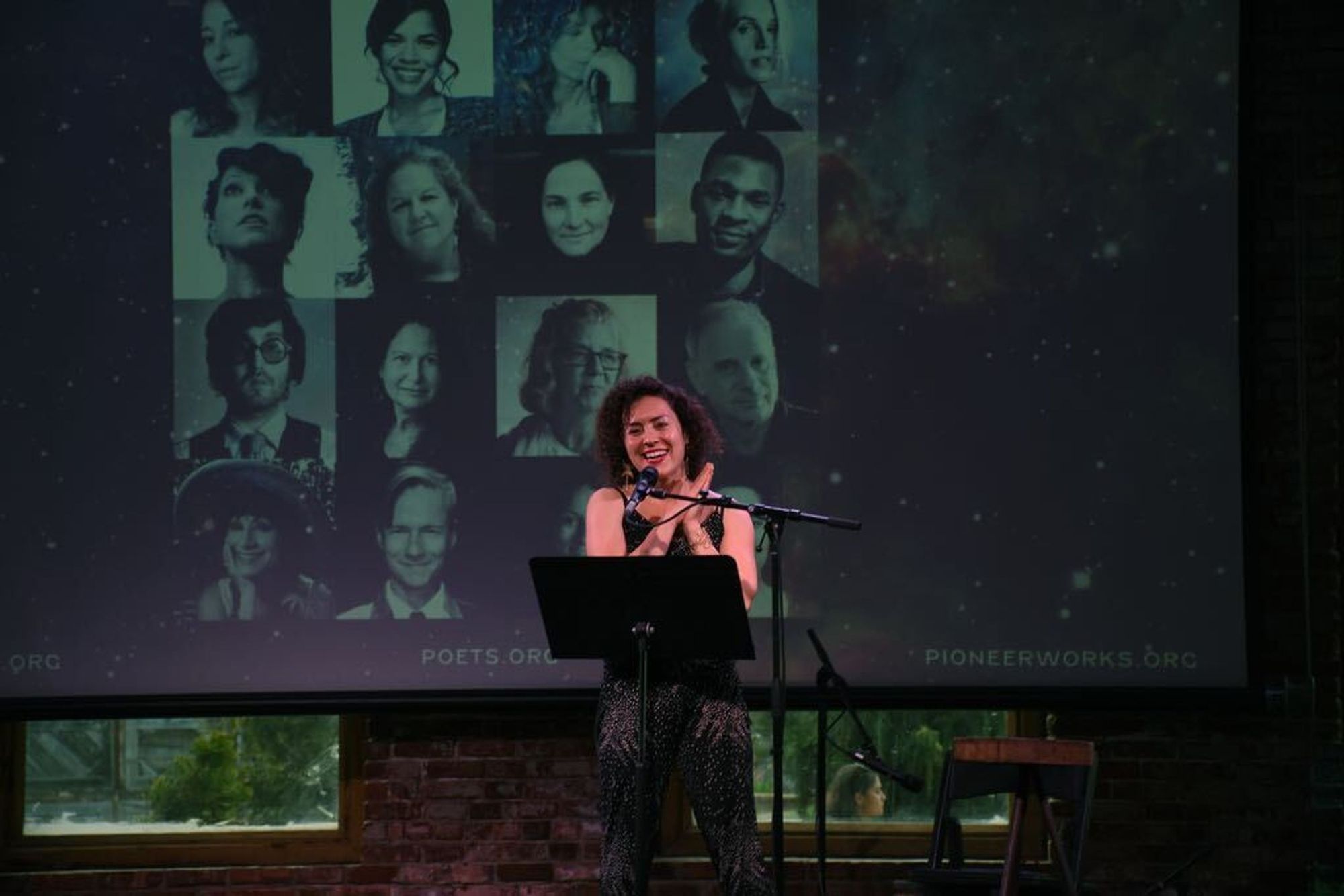 Our next selection is Neil Gaiman’s, “The Mushroom Hunters.” The subtly subversive poem was written for the inaugural The Universe in Verse, animates unsung female scientists, and won the Rhysling Award for best long poem that year. To add layers, the powerhouse artist/musician Amanda Palmer (also Neil’s wife) read the newly crafted piece for the live event. Amanda, Maria, and Neil later collaborated with Caroline Rudge and Creative Connection Animation Studio to create this animated rendition with music by Jherek Bischoff.

We hope you will join us Saturday, April 25 at 4:30 EST. We will be livestreaming the event on the Broadcast, on this very page, or you can tune in at Brain Pickings. Until then.