Subcultural Karate Turtles is a satirical graphic novel by artist and musician Adam Green, which parodies the popular Ninja Turtles cartoon series. The artist reimagines the turtles as subcultural artists who must battle the mainstream to determine the future of art. Set in an intergalactic Kabuki theater, the story offers a play inside of a comic book. Against the backdrop of childhood iconography, the psychedelic dialogue functions as a critique of cultural theory.

To celebrate its publication, we’re pleased to present the Adam Green: Subcultural Karate Turtles Book Launch. For this special event, Green will join contributor Joey Frank for a conversation about the points of inspiration behind the graphic novel, before inviting editor Yasmin Green and fellow illustrators Tom Bayne and Toby Goodshank to further reflect on the project. The conversation will conclude with an intimate acoustic musical set by Green, and a special book signing.

Ticket buyers will each receive a copy of Subcultural Karate Turtles upon entry. There are also a limited number of VIP tickets available, for which buyers will additionally receive an edition of the artist’s new print for Pioneer Works Editions. Titled Carnival Machine Towers, the print nods to the themes and aesthetics of the book.

General Admission tickets include a copy of Subcultural Karate Turtles and admission.

There is also a limited number of VIP tickets that include a newly released, exclusive artist edition (a signed and numbered print that replicates a work that plays on Green’s ninja turtle motifs), a copy of Subcultural Karate Turtles, and admission to the event. 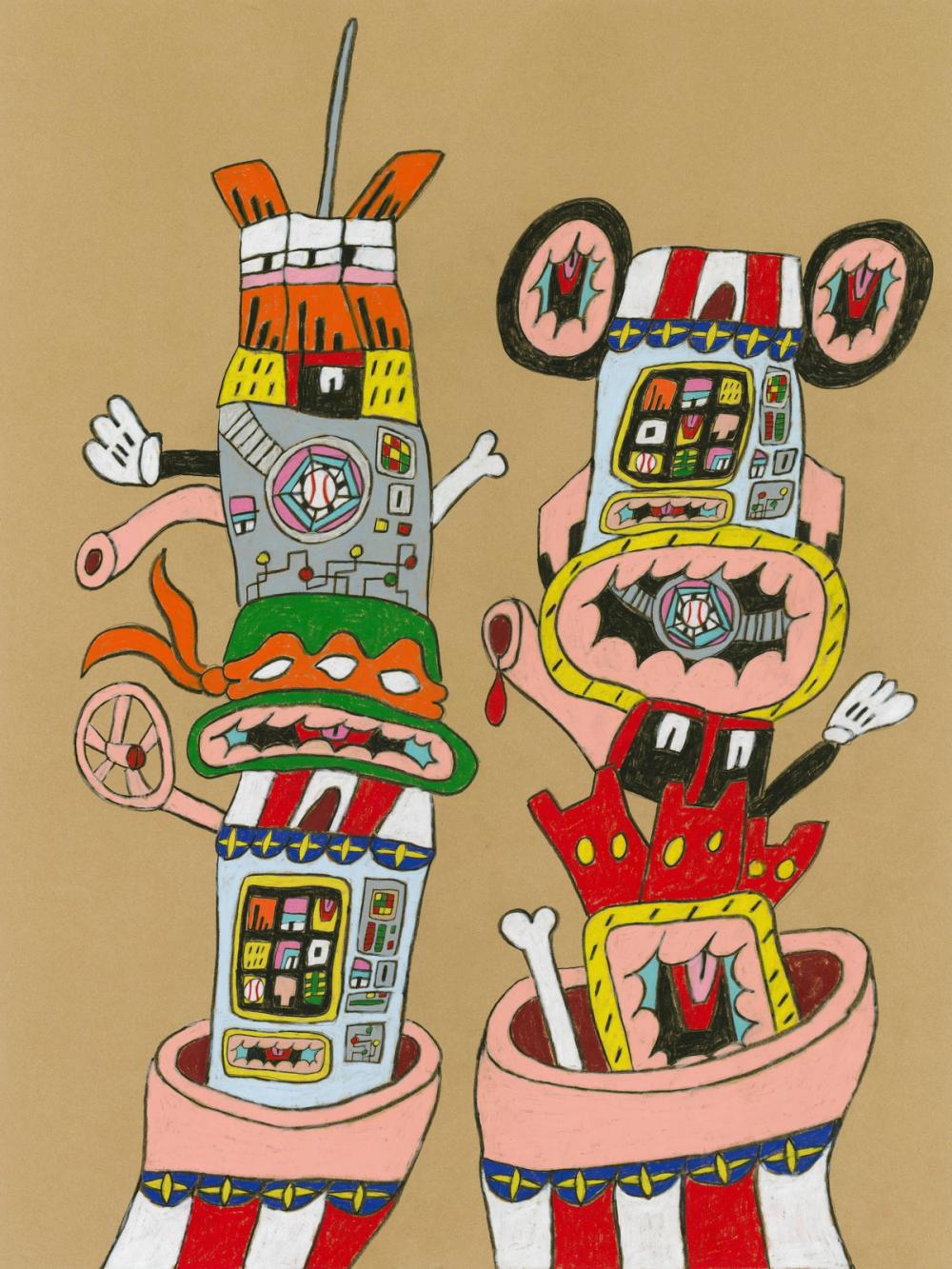 Adam Green is an artistic polymath—a songwriter, filmmaker, visual artist, and poet. A co-founder of The Moldy Peaches and author of ten solo albums, his songs have been performed by artists as diverse as The Libertines, Carla Bruni, Kelly Willis, Dean & Britta, and Will Oldham. Green’s paintings and sculptures have been the subject of exhibitions in America, Asia and Europe, including a 2016 show at the Fondation Beyeler Museum in Basel, Switzerland. He wrote and directed the feature film The Wrong Ferarri (2010), the first feature film shot entirely on an iPhone, and Adam Green's Aladdin (2016) which Buzzfeed.com described as “the trippiest movie ever made." In 2019, Green released War and Paradise, a graphic novel combining his lyrical and visual vocabulary. The satirical war epic is about the clash of humans with machines, the meeting of spirituality with singularity, and the bidirectional relationship between life and the afterlife.

Green’s 10th and latest solo album, Engine of Paradise, is a musical exploration of these same themes. Recorded in Brooklyn, New York, by Loren Humphrey, the album reimagines the baroque orchestral style of his early 2000s era records and features performances by James Richardson (MGMT), Florence Welch (Florence and the Machine) and Jonathan Rado (Foxygen). In 2020, he published an epic-poem MDVL: 1,000 Years of Dark Ages with Spheres Projects, a section of which was included in the Poetry London literary journal. This was followed by an animated movie version of the poem, narrated by the artist, in the style of a medieval illuminated manuscript.