Returning from Space, I saw the World clearly for the first time.
Is this a suburban yard or a tapestry of screens?Courtesy of Leon DB.
BY Elvia Wilk

I’d been told that seeing the blue marble from above was going to be the greatest moment in my life—but nothing compared to the sensation of stepping back onto the flat ground of Earth. The sky, the horizon line. The shock of sun. Crowds, parking lots, forests, my own feet. My eyes watered as they re-adjusted to the full, glorious, overwhelming vastness of the surface-bound world.

At first it was simple sensory overload. I’d grown accustomed to the aesthetic paucity of orbit—those gray padded walls, the control panel’s blinking lights, the two porthole windows—and now was dazzled by the visual noise. During my first days back, I was plunged into synesthesia, confused by the inputs penetrating my system. I found myself covering my ears or clamping my mouth shut when a bright (loud?) shape zoomed into focus. It reminded me of the way I used to lower the volume of the car stereo when driving around looking for the right address. Too many stimuli at once. I had to ration my intake so as not to get sick from gorging. My eyes didn’t know how to process the glut of information.

For days and months adding up to a year, I had watched the world pass below from my satellite container. I had followed the curve of my elliptical path in real time on a glowing monitor, constantly checking my speed and velocity. I was floating, confined, static, trapped in perpetual motion. A paradox: tied to the Earth but impossibly distant from it. Sometimes I felt that the invisible lasso holding me to the planet could snap at any moment and fling me off into nothingness. 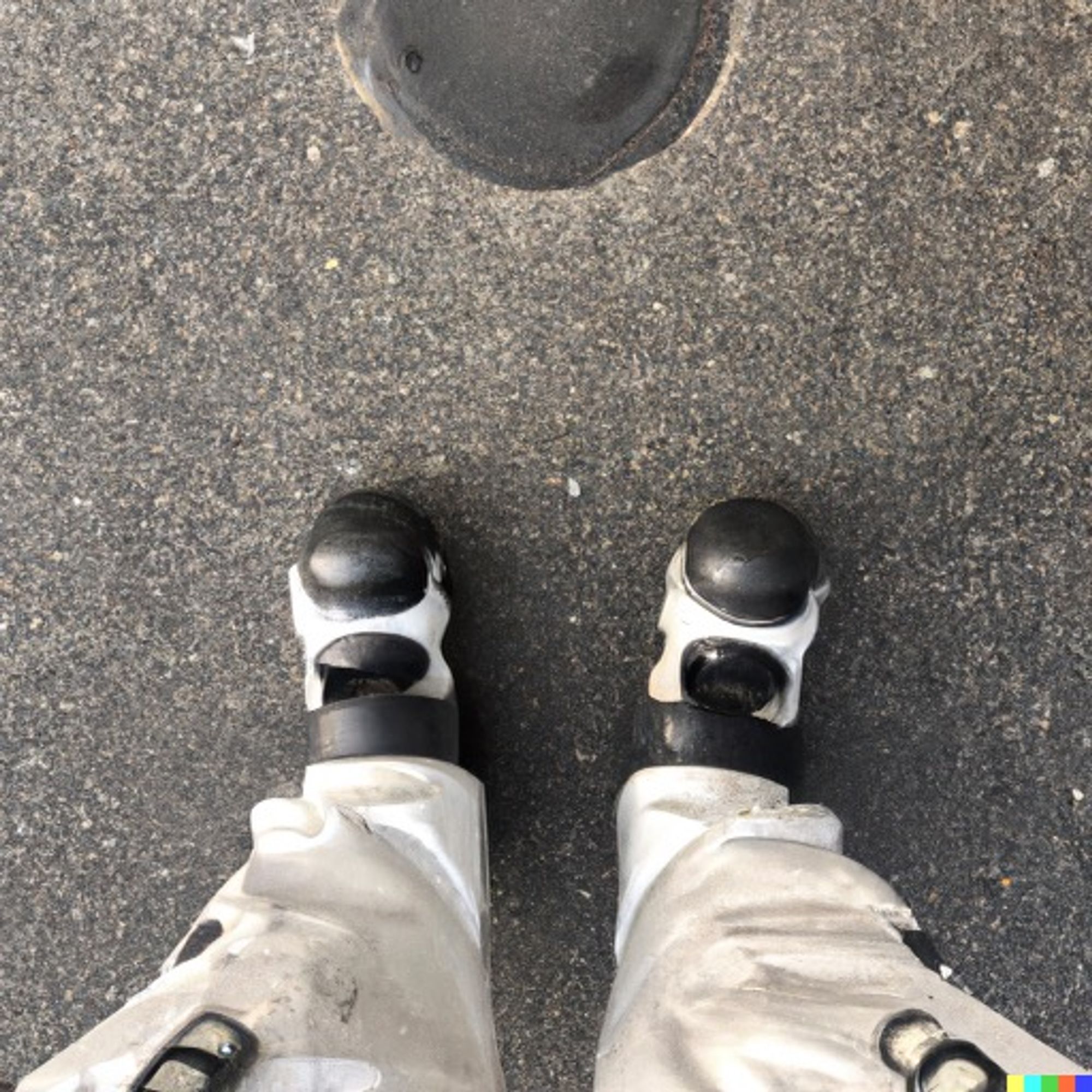 My own feet.Courtesy of Leon DB.

I didn’t trust Earth to keep me on a tether. Of course, metaphors like lassos and tethers are totally inaccurate—that’s not how gravity works at all—but then, the images people use to describe impossible things always fall short. That used to bother me when I was a student, the neat ways my teachers tried to explain things whose very existence is a true catastrophe for the human brain: a black hole is “a galaxy-sized vacuum cleaner”; quantum particles act on each other across great distances “like fraternal twins.” Black holes are not Dyson vacuums and particles are not twins. No description gets to the point, which is that you will never sense a black hole or a quantum particle—you can only try to grasp the fact of its existence for a fleeting moment by surrendering your own tethers to the world you touch, taste, smell, hear.

When you have nothing but a window representing the space beyond your quarters, the window takes on the quality of a screen.

Living in low-G comes with plenty of side effects. Your bone density diminishes, your blood circulation slows, radiation enters your internal organs, your neck arteries swell. Your eyeballs elongate into oblong shapes, worsening your eyesight and sometimes creating distortions. Scientists can explain most of these things through observable changes—they can measure the convexity of my corneas and delineate the shift in curvature. But I started to suspect that space had also transformed me on a cellular level, perhaps in ways that couldn’t be measured at all. The body is more than the sum of its parts.

Eyesight changes in any tight, enclosed space. One of the cruelest aspects of solitary confinement, I think, is that it destroys a person’s capacity to shift between short- and long-range vision. Even if the room has a window, it’s not enough to expand the visual field; the world beyond the window gains a flat, hyperreal quality, not at all like a landscape with depth and range. Eventually, the lack of distance vision destroys the close-range view as well. Seeing up-close turns out to be dependent on its opposite. This leads me to think that we only see through juxtaposition, by judging one aspect against another. Near or far? Light or dark? Yellow or green? When trapped, the eye loses its ability to autonomously decide. 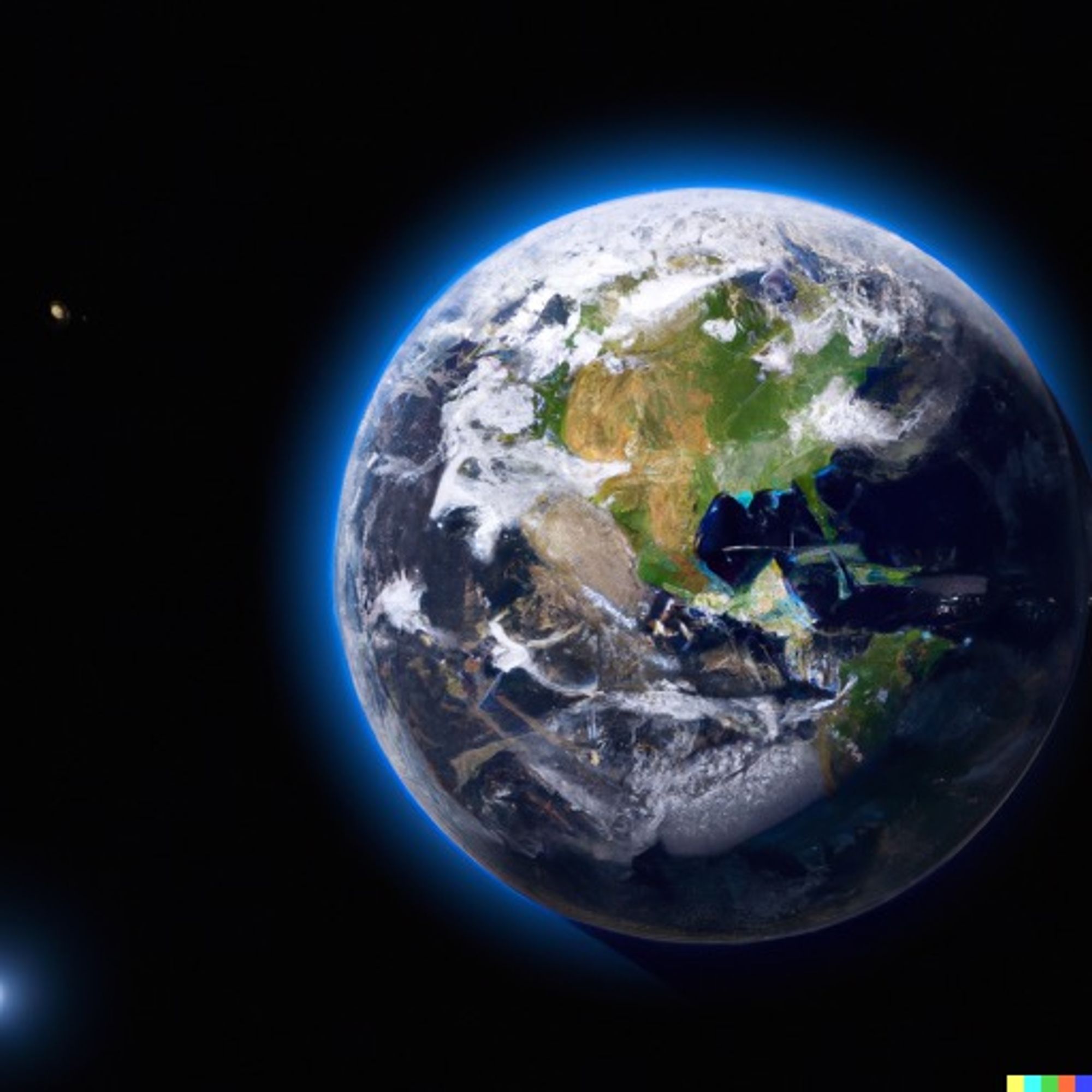 Is this a window or a screen?Courtesy of Leon DB.

I found that when you have nothing but a window representing the space beyond your quarters, the window takes on the quality of a screen. After the third month in orbit, I couldn’t make myself see what lay beyond the portholes as anything but renderings, like CGI images of something that may or may not really exist. The windows might as well have been any of the other computer monitors inside the capsule, showing views of Earth and simulations of my path. It was not in my job description to leave the module, so I had no way of reconciling that flatness I saw with three-dimensional space. I never felt surrounded by the expanse; I was looking at a picture of it.

After returning, I moved back into my old house. It took me several weeks to readjust to the brilliance of light, shadow, and depth. I relearned to filter signal from noise. It was then that the flatness began. I tried to explain this to a company doctor: the pervading sense, even long after I had landed, that I was still looking at a series of screens rather than a multidimensional world. She nodded and took notes. She said that she hadn’t heard this particular description before, but that I shouldn’t be too concerned. At least 80 percent of people in my position regain regular vision after a year living on Earth again. I didn’t tell her that I was not eager to be cured; secretly, it felt more like a discovery than a defect.

The world is tethered to the eyes that see it.

I started spending hours in my backyard, in stillness, closing and opening one eye and then the other. I thought I knew the yard—I took it for granted, I’d lived there for years—but now it seemed foreign, alien. I turned my head back and forth, up and down, regarding the field from all angles, trying to resolve what I told myself was an optical illusion. Still: the yard presented itself as a series of thin or even totally depthless screens, sometimes a few and sometimes dozens of them laid against one another. I tried and tried to reconcile them into a single deep field in my mind’s eye. The mind’s eye. What other eye is there?

In the center of my yard was an old, twisted tree with flaking bark. The foliage was overgrown on one side with vines and a thicket of low, dark-leafed plants with roughly textured stems. On the other side, an empty patch of dry lawn clocked the sun as it moved overhead. I sat on my wooden patio, a foot or so above the earth. I leaned against the back door, testing the air with my nose, batting my eyelashes, comparing the day’s light and temperature to that of the day before. Birds roosted in the gnarled elm. Insects swarmed around my ankles. The wind shifted and lifted my hair from my forehead. A brown shadow spilled down the grass. One leaf tapped another. A gray squirrel leapt from a tree branch, and instantly passed (skipped?) from a far screen to a close one. 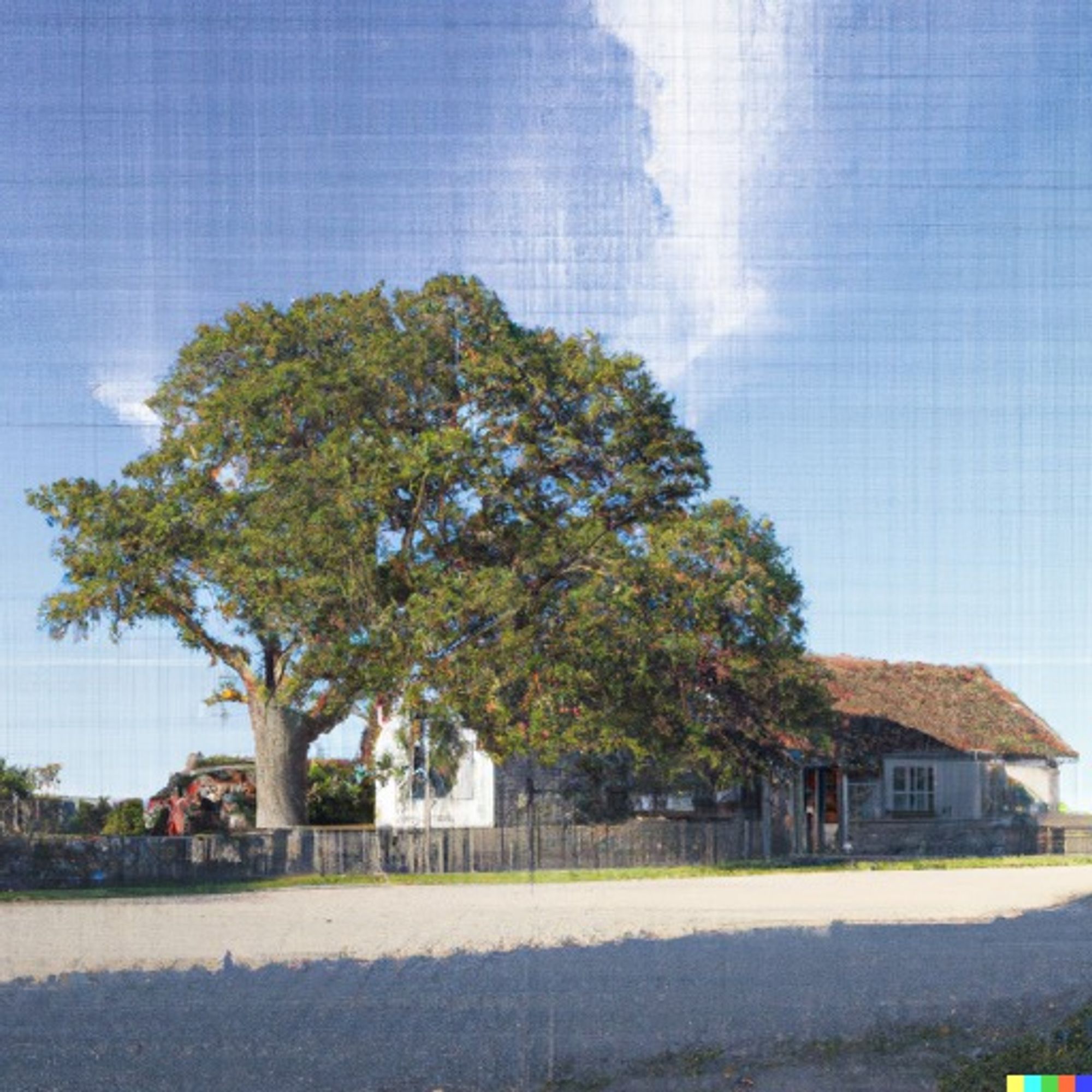 The screens turn with me.Courtesy of Leon DB.

I paced the perimeter of the yard, counting my steps, moving through space and time. And the screens moved with me. They turned to me; flatness upon flatness, wherever I looked. I would cast my glance sideways in a flash, furtively trying to catch the side of a screen, an edge—but they constantly rearranged themselves. I knew the screens weren’t real, but I wasn’t sure it mattered what I knew. My eyes knew it. I hovered in that space of unease. I relished it. I held my breath when the squirrel returned and made its jump—the thrill of that instant skip.

I never managed to glimpse a screen from any angle but the front. They were always facing me: they had to be, as I was the center of my world with my eyes at the front of my face. In a sense, I realized, my world revolved around me. It revolves around every person, entirely dependent on each individual organism with its unique assemblage of miraculous sensing attributes. In the way that planets revolve around one another and, at this very moment, countless satellites revolve around Earth, so too is the world tethered to the eyes that see it. As autumn transitioned into winter and the screens that composed my backyard astounded me with their changing shadows, I knew I did not need to go on another mission. I was already in orbit, and being orbited. ♦

The text was commissioned by LAS Art Foundation in conjunction with the exhibition Robert Irwin: Light and Space (Kraftwerk Berlin), presented at Kraftwerk Berlin, 5 December 2021 – 30 January 2022.