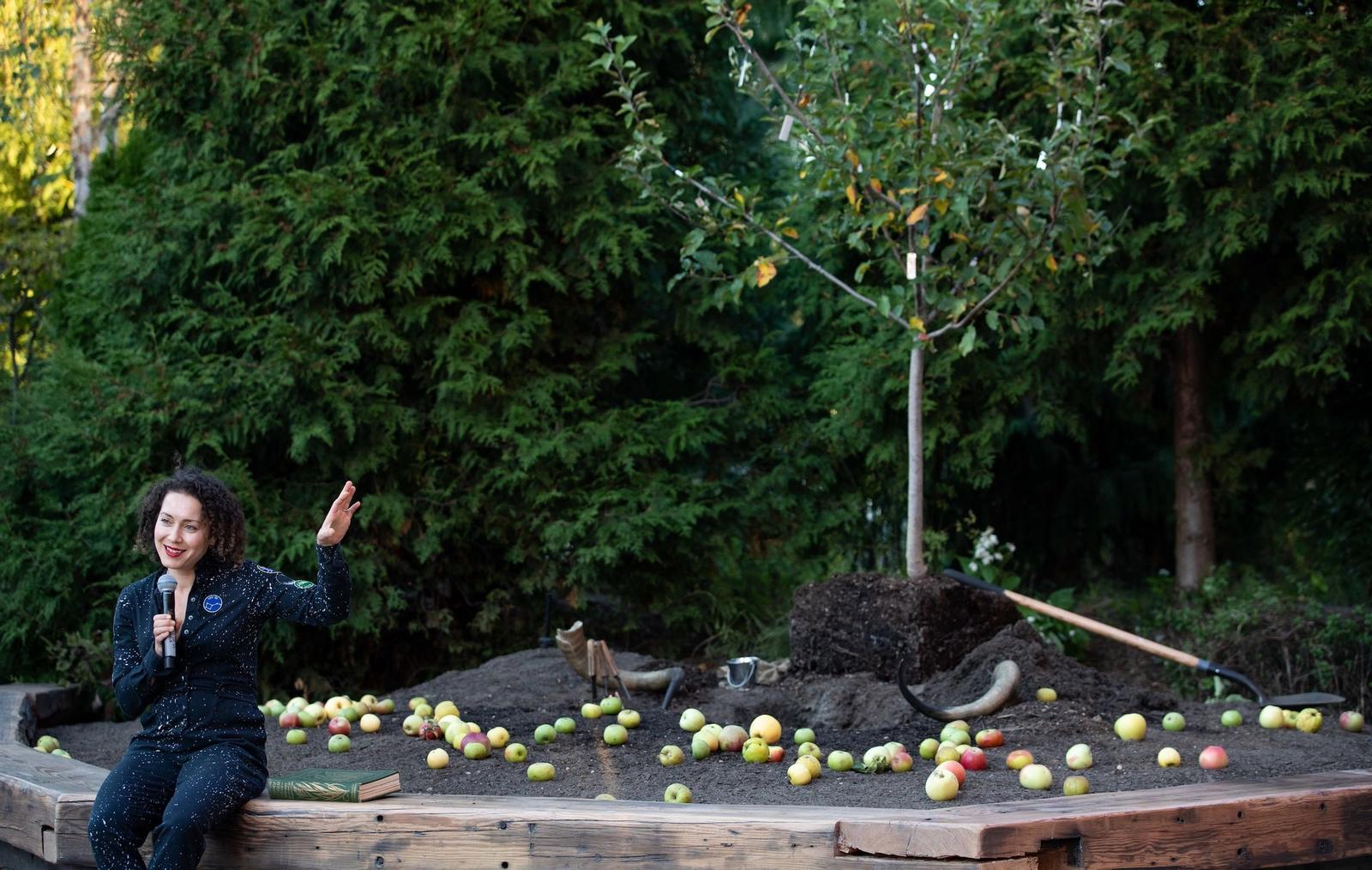 On October 3, Maria Popova curated and hosted a planting ceremony for a symphonic living artwork by Sam Van Aken, titled Tree of 40 Fruit: New York Apples — a single tree grafted to fruit forty different apple varieties, all cultivated in the five boroughs of New York City over the past two centuries. A meditation on the multivocality that makes humanity beautiful and a poetic gesture of optimism toward the future from a present contracted by uncertainty and loss, the ceremony included an original choral invocation in collaboration with composer Paola Prestini, sung as a blessing song for the tree by Constellation Chor; Balkan folk songs serenading the symbology of apples, performed by vocalist Vlada Tomova and singers from the New York Bulgarian Women’s Choir Yasna Voices; and an enchanted sound installation by composer Sxip Shirey. Punctuating the ceremony were little-known stories from the history of science, the history of apples, and the history of New York City, and thematically resonant poems read by poets Marie Howe and Marissa Davis, Radiolab creator Jad Abumrad, and Maria Popova.