On the 75th anniversary of the bombing of Hiroshima, Smriti Keshari and Eric Schlosser interview experts and activists fighting nuclear proliferation.
art 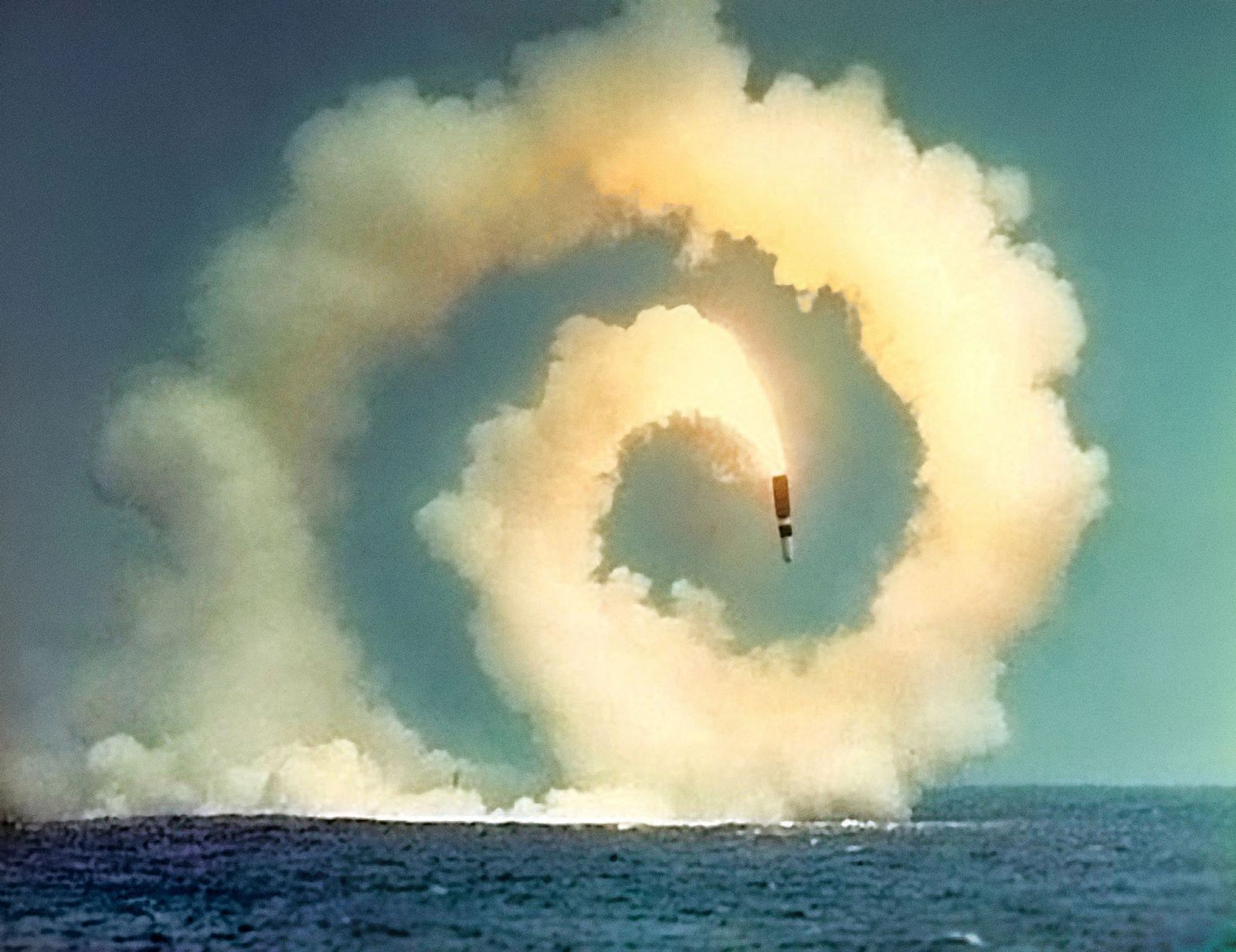 To commemorate the 75th anniversary of the destruction of Hiroshima and Nagasaki by atomic bombs, Pioneer Works is hosting the bomb at 75, a virtual experience which highlights original audio interviews, among other features, about this pivotal moment in world history and the existential dangers that we still face today. In this limited series, author Eric Schlosser and artist Smriti Keshari talk with preeminent experts in the nuclear field about their personal histories, their critical work, the shocking and fascinating scenes they have witnessed, as well as their hopes and messages for the future.

This six-part podcast series includes thought-provoking discussions with the former Secretary of Defense; a Nobel Laureate; a B-52 pilot navigator; and a group of activists currently at the forefront of the movement to abolish and to contain nuclear weapons.

001
Beatrice Fihn on the everyday work of ICAN and winning the Nobel Peace Prize
002
Dr. William Perry on his years as Secretary of Defense and coming-of-age in the nuclear era
003
Dr. Emma belcher on the toxic legacy of Australian nuclear testing and the continuing nuclear threat
004
Lieutenant Colonel Jeffrey Zink on a day in the life of a b-52 navigator.
005
Leona Morgan on nuclear colonialism and the effects of uranium mining on the Navajo Nation
006
Lieutenant General Arlen “Dirk” Jameson on leading us strategic command and the nitty-gritty of nuclear planning 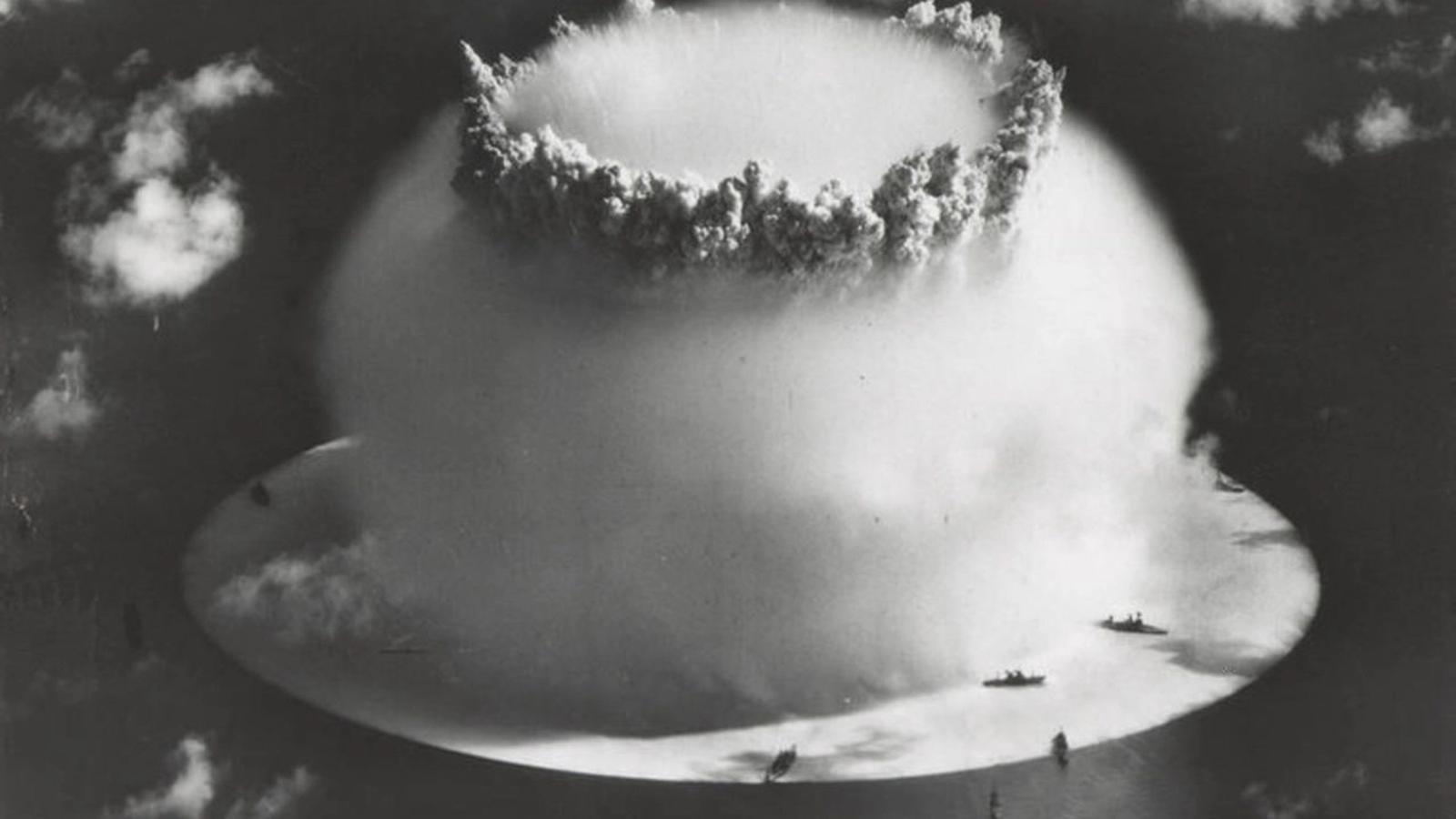 The Baker test, the second nuclear detonation of Operation Crossroads at Bikini Atoll, showing the white surface crack under the ships, and the top of the hollow spray column protruding through the hemispherical Wilson cloud.

Nobel Laureate Beatrice Fihn, the Executive Director of the International Campaign to Abolish Nuclear Weapons (ICAN), delves into her organization’s efforts to prohibit and eliminate nuclear weapons. A global leader who has played a pivotal role in the development of the United Nations’ Treaty on the Prohibition of Nuclear Weapons, she speaks with over a decade of experience in disarmament diplomacy and civil society mobilisation, as well as a gender perspective on this crucial work.

Dr. William Perry on his years as Secretary of Defense and coming-of-age in the nuclear era 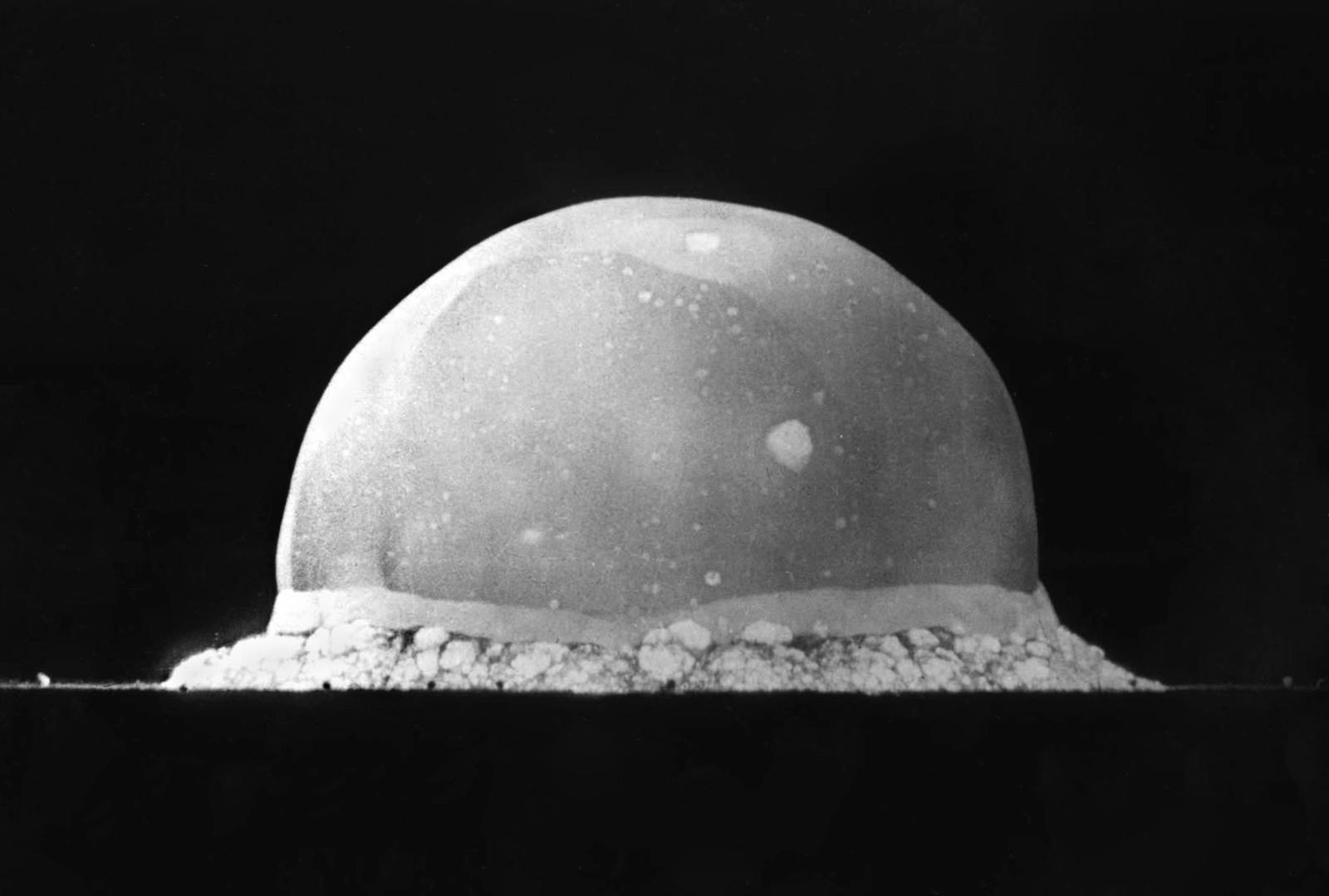 Dr. William Perry has been involved with American nuclear weapons for almost sixty years—first as a Secretary of Defense under President Bill Clinton, and now as a passionate opponent seeking their abolition. Having once spearheaded the development of new weaponry for the Pentagon, the current professor emeritus at Stanford University shares his unparalleled insights into nuclear history with Schlosser and Keshari. If Perry is worried about a nuclear apocalypse happening soon, then we should be too.

Dr. Emma belcher on the toxic legacy of Australian nuclear testing and the continuing nuclear threat 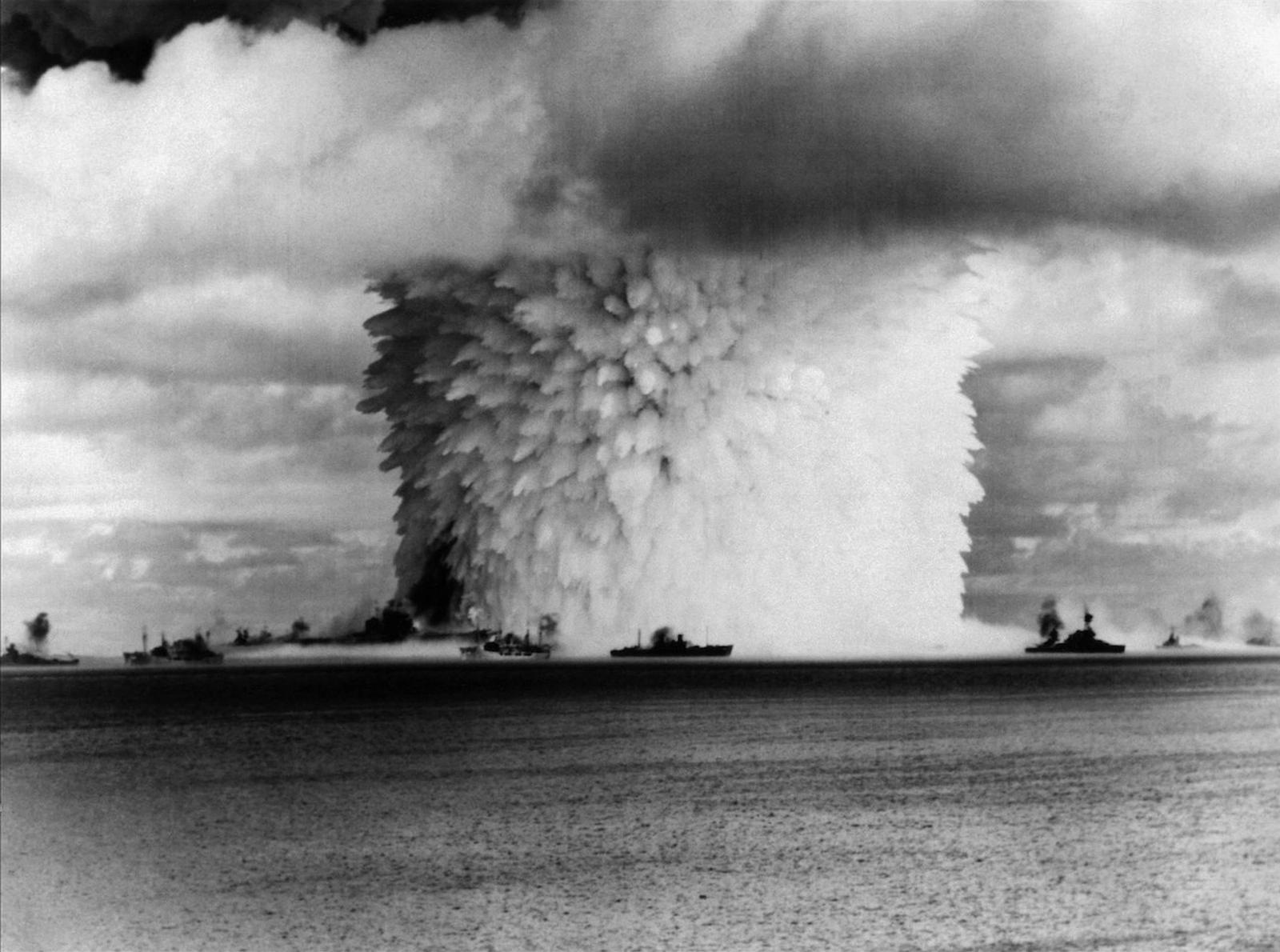 Crossroads Baker nuclear weapons test, 26 July 1946: view taken from Eneu island ten seconds after the weapon was fired. The aircraft carrier USS Saratoga (CV-3) is visible in the left foreground, being lifted out of the water. She sank later that day.

As the head of the Ploughshares Fund—the United States’ leading non-profit in the fight to eliminate nuclear weapons—Dr. Emma Belcher forewarns us about the effects of nuclear testing on Aboriginal communities, and points towards the ways in which the coronavirus pandemic may help us prevent future nuclear disaster. Prior to her current position, Belcher spent nearly a decade at the John D. and Catherine T. MacArthur Foundation, where she led the Nuclear Challenges grantmaking program.

Lieutenant Colonel Jeffrey Zink on a day in the life of a b-52 navigator. 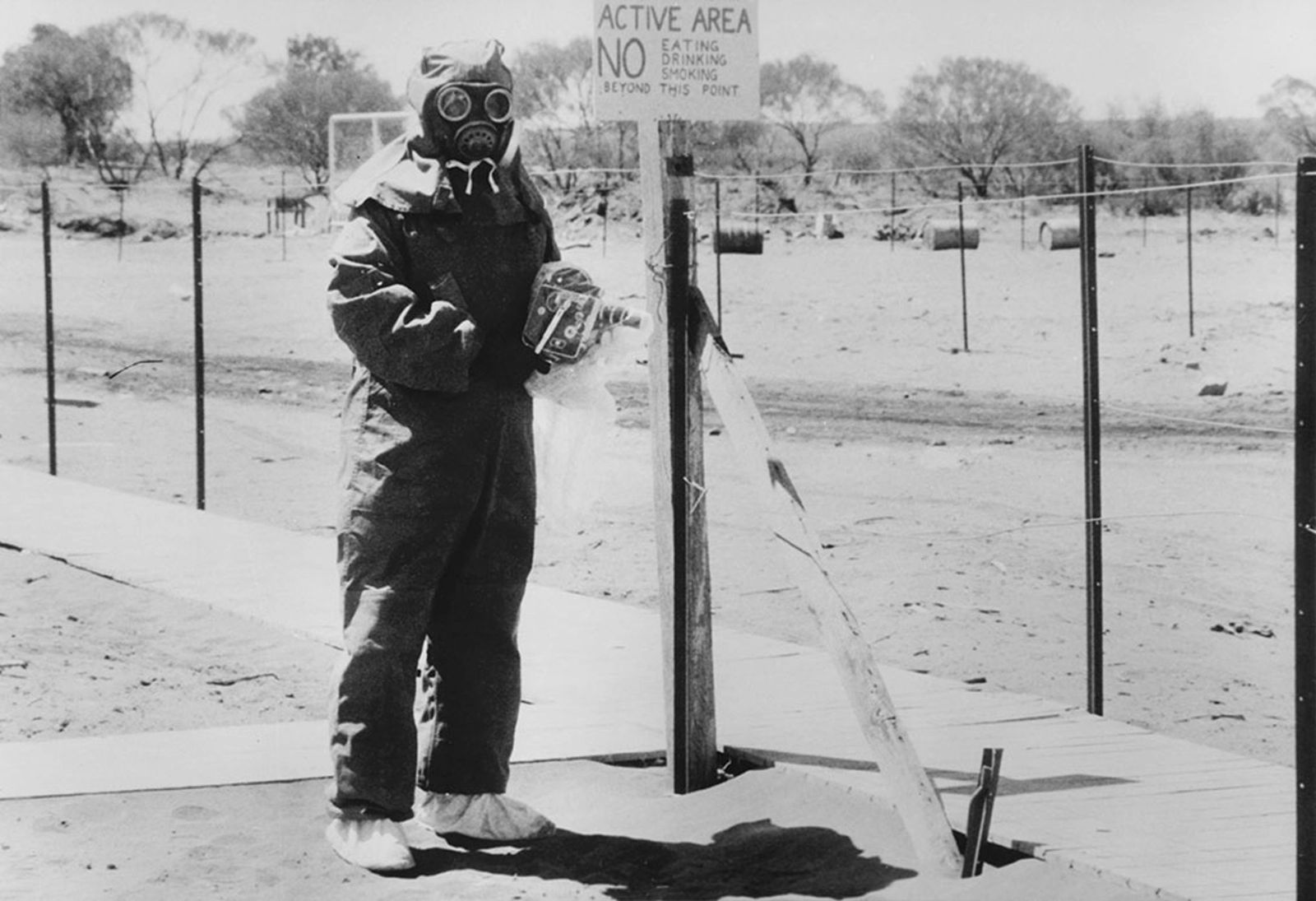 John L Stanier at Maralinga, Australia in protective clothing with a camera protected in a special plastic cover.

Schlosser and Keshari converse with Lieutenant Colonel Jeffrey Zink, a former B-52 navigator and bombardier during the Cold War. As someone who literally had his finger on the atomic trigger, Zink is uniquely positioned to provide a sense of what it was like to be on the edge of nuclear war. Having received a PhD in moral philosophy from Oxford University, he has since joined the calls for nuclear disarmament. 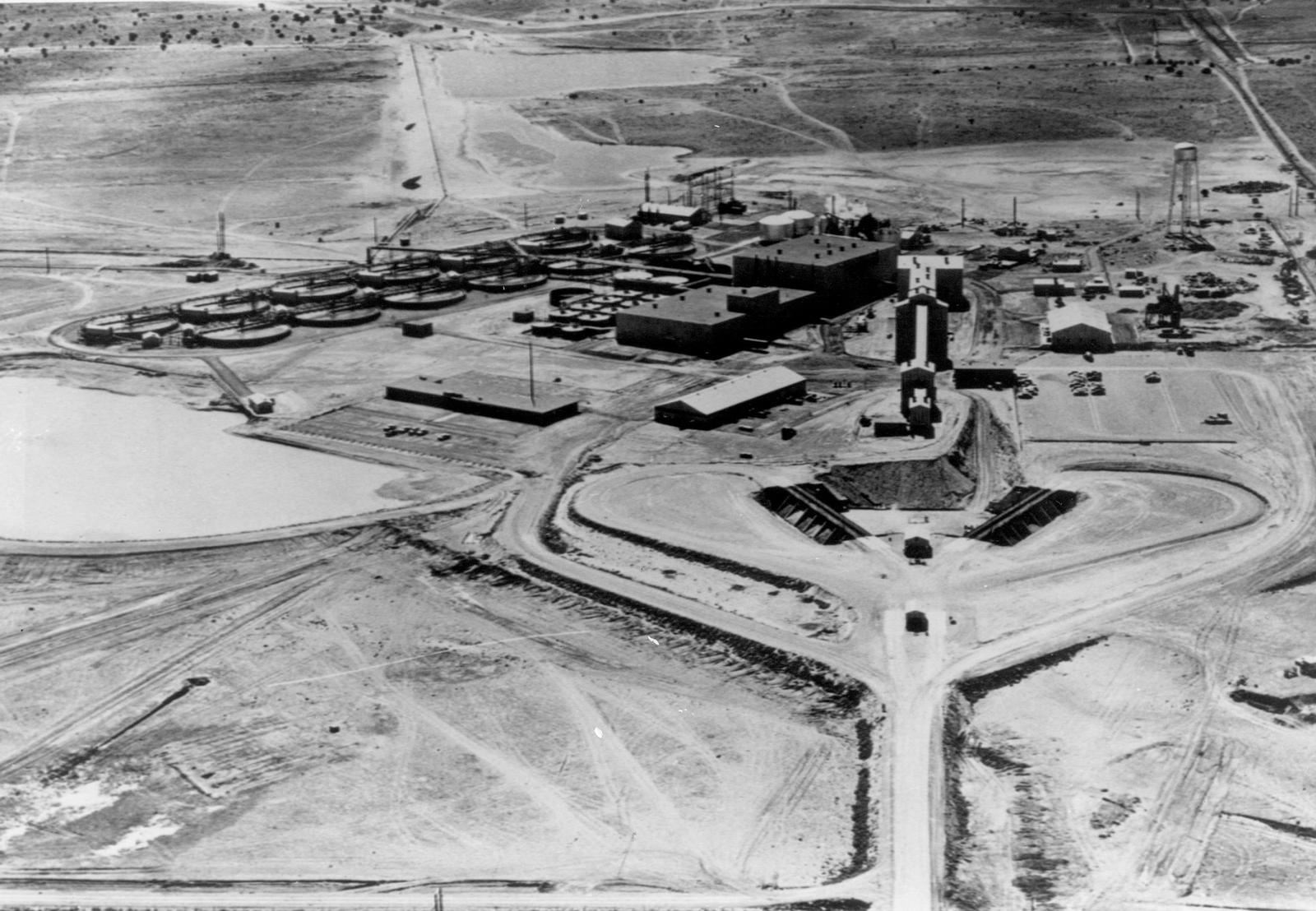 Leona Morgan (Diné/Navajo) is an indigenous community organizer who has been fighting nuclear colonialism since 2007. The Albuquerque-based activist co-founded and works with the Nuclear Issues Study Group and Diné No Nukes, which contributes to the Haul No! initiative and Radiation Monitoring Project. A participant in the international campaign Don’t Nuke The Climate, Morgan hones in on the manifold dangers and issues that stem from nuclear colonialism and environmental racism. 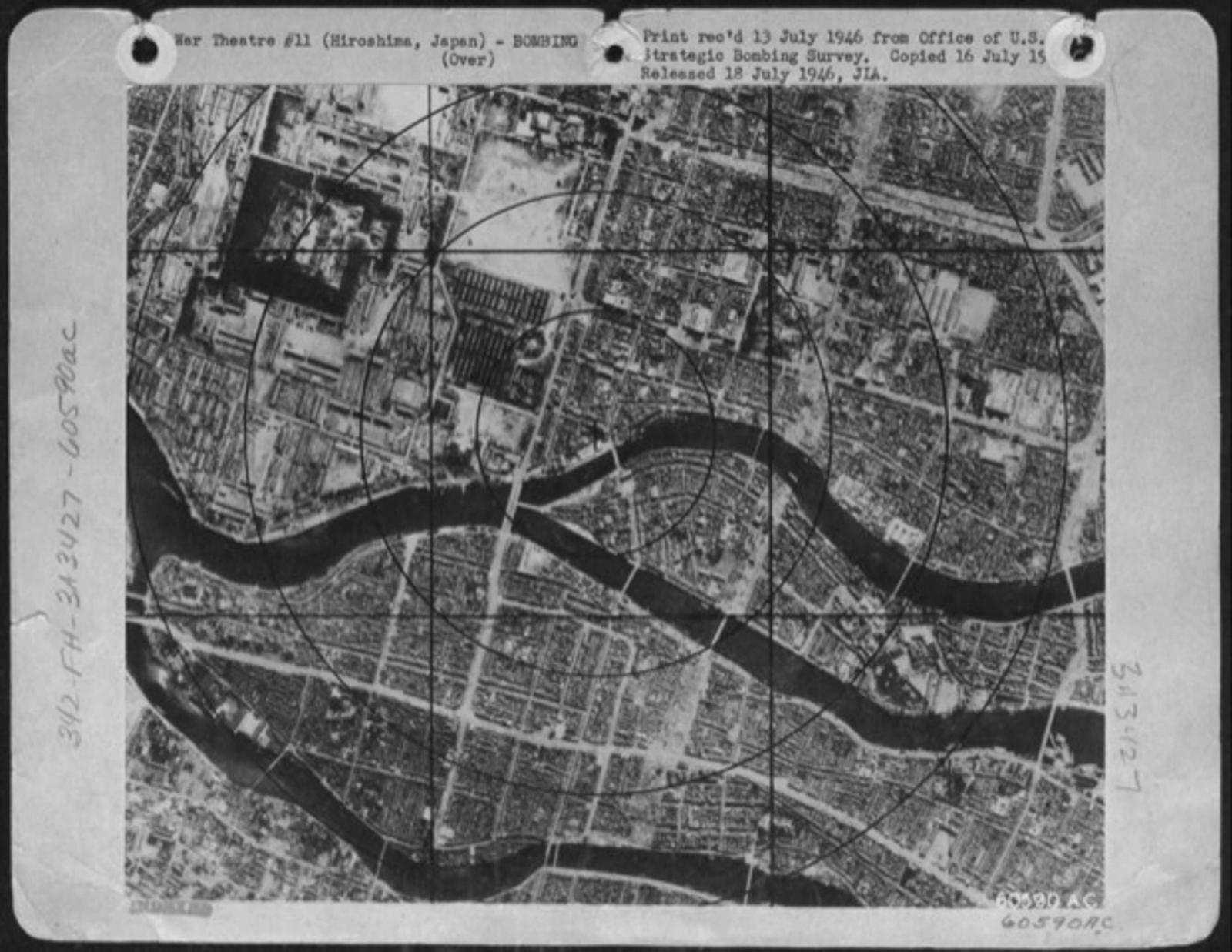 Hiroshima before and bombing, area around ground zero. 1,000 foot circles.

In this conversation, Lieutenant General Arlen “Dirk” Jameson expresses his strong opposition to the Trump administration’s current plans to spend $2 trillion on the modernization of the country’s nuclear arsenal. Having acted as the Deputy Commander-in-Chief of the US Strategic Command after three decades of service in the Air Force, Jameson is deeply familiar with the nitty-gritty of nuclear planning, as well as with the tangible threat of global annihilation.

the bomb is a film and music installation by Smriti Keshari and Eric Schlosser, which places viewers in the center of the story of nuclear weapons. Heralded by Entertainment Weekly as “a stunning avant-garde approach to a plea for nuclear disarmament,” it has been shown internationally at film festivals (Berlinale, Tribeca), music festivals (Glastonbury), art institutions, on Netflix and at the 2017 Nobel Peace Prize ceremony. In 2021, the project will take on a physical form, as a multimedia exhibition at Pioneer Works.

Smriti Keshari is an Indian-American director and artist whose work covers a spectrum of the moving image from traditional, linear filmmaking to art installations. She brings an experimental approach to exploring under-represented themes and experiences outside the mainstream, which spark social dialogue. An artist-in-residence with the National Theatre, her work has been supported by the MacArthur Foundation, Carnegie Corporation and Ford Foundation, among others. Keshari has spoken about art and social change at the United Nations, BBC, SXSW, Bloomberg Philanthropy and TED. She was a TED Prize finalist and 2016 Foreign Policy's Global Creative Thinker.

Eric Schlosser is a writer whose work has been published in dozens of countries, performed on stage, and adapted into films. His most recent book Command and Control, a finalist for the 2014 Pulitzer Prize in History, tells the story of America's effort to prevent nuclear weapons from being stolen, sabotaged, or detonated by accident. His two other books Fast Food Nation and Reefer Madness were also New York Times best sellers: Fast Food Nation helped start a revolution in how Americans think about what they eat, while Reefer Madness looked at the nation's underground economy, depicting the plight of undocumented immigrants and the injustices caused by the war on drugs. Schlosser has produced the films Fast Food Nation, There Will Be Blood and Food, Inc., among others. He is currently working on a forthcoming book on the American prison system.

Related
ATOMIC FIREBALLS: ARTISTS, ACTIVISTS, AND THE BOMB AT 75
Read 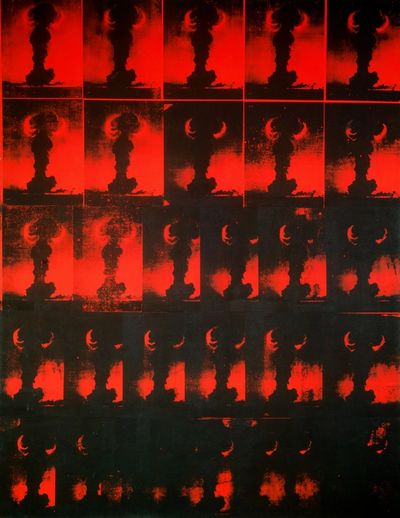