How to Be a Good Creature

Poet and scientist Sy Montgomery reflects on the personalities and quirks of thirteen animal friends and the truths revealed by their grace.
science
BY Science Studios

Sy Montgomery—poet and scientist, National Book Awards finalist, and New York Times bestselling author—has been chased by an angry silverback gorilla in Rwanda and hunted by a tiger in India. She swam with piranhas, electric eels, and pink dolphins in the Amazon. Her work has taken her from the cloud forest of Papua New Guinea to the Altai Mountains of the Gobi. She has snorkeled with wild octopus in Mexico and French Polynesia and cage dived with great white sharks. 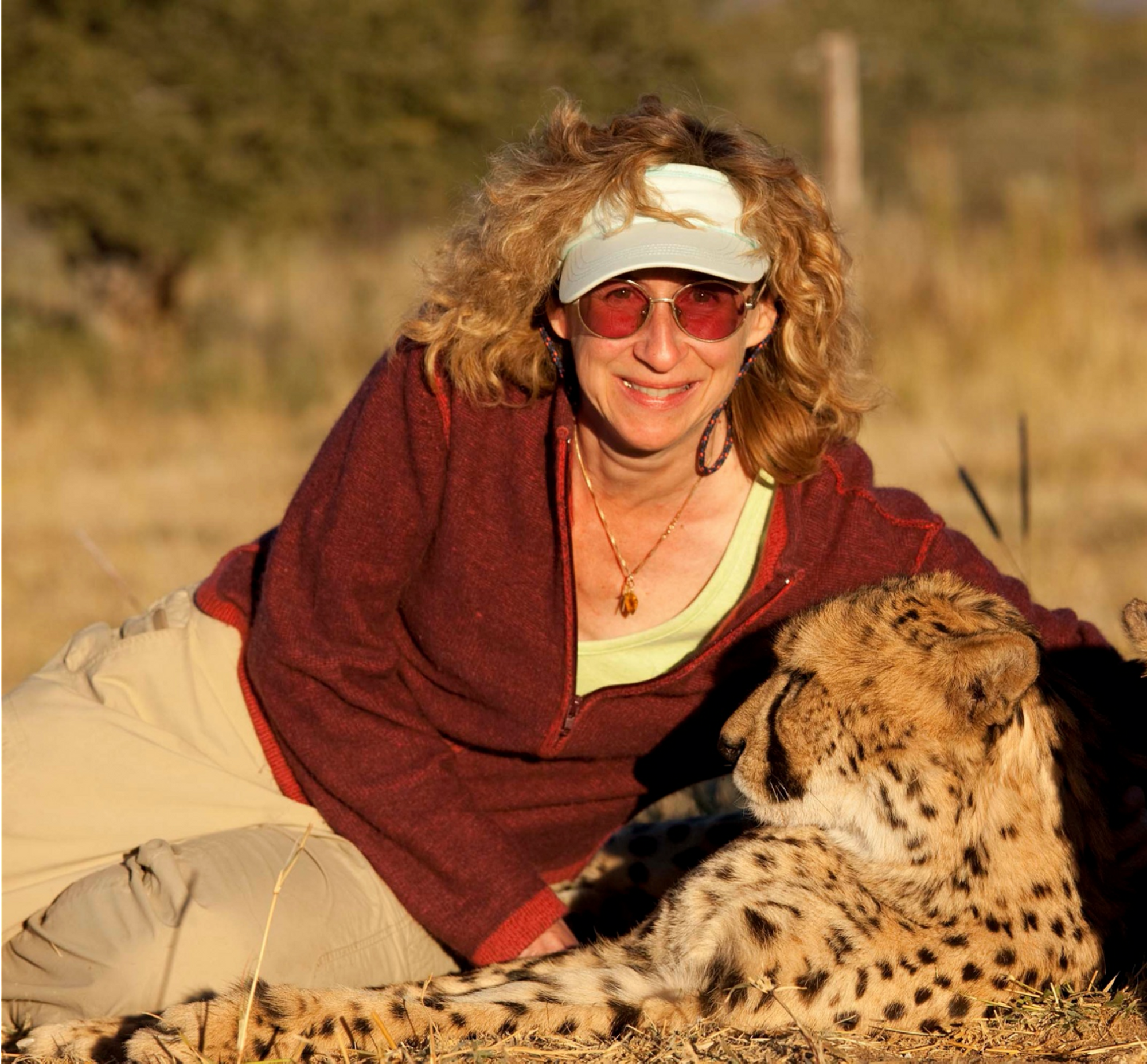 Sy with a cheetahPhoto by Nic Bishop

Sy spoke at Pioneer Works about her most recent book How to Be a Good Creature—A Memoir in Thirteen Animals, in which she reflects on the personalities and quirks of thirteen animals—Sy’s friends—and the truths revealed by their grace. She explores vast themes for both animals and people: otherness and sameness; love and empathy; loss and despair; passion; gratitude; forgiveness; and most of all, how to be a good creature.

When asked to reflect on the world we find ourselves in today, Sy wrote:

It seems we're stuck in some sort of dystopian time-warp. It's easy to lose track of the days in a pandemic. Time seems to have ceased its forward movement. Then came the murder of George Floyd and time seemed to shoot backwards, back to decades before the election of our first black president, back before Black Lives Matter and the Million Man March. 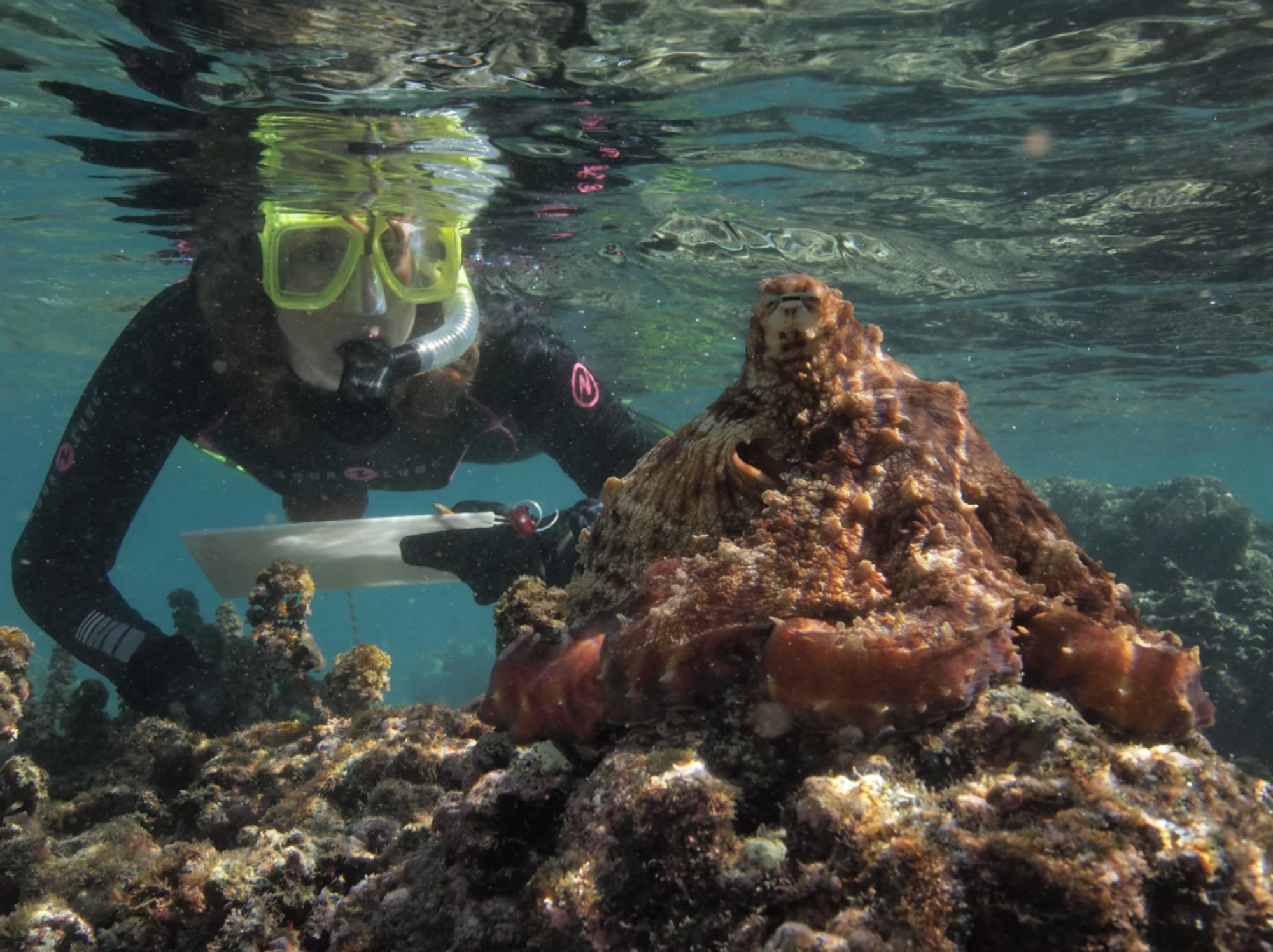 Every day, I speak with friends who are in despair and are enraged by the brutality we’ve witnessed and the global pandemic. We had been shown that we could learn from nature how to be a good creature, and we didn’t listen. We had been warned that if we continue to push into wild animals' habitats, if we did not stop the widespread murder and consumption of animals to pique our palates and for false elixirs, we'd have a pandemic just like this one.

I, too, mourn. I, too, rage. And yet, I hope. Yesterday I took a small hand in healing the wounded world. I spent my morning releasing 15 baby turtles.

I, too, mourn. I, too, rage. And yet, I hope. Yesterday I took a small hand in healing the wounded world. I spent my morning releasing 15 baby turtles.

All were hatched from eggs retrieved from the bodies of road-killed mothers. They were hatched in incubators at the turtle hospital run by the New England-based Turtle Rescue League. The League keeps records of where every patient was first found, so that healed turtles, or their offspring, can be released as close as possible to their original home.

Having trudged through poison ivy, shoes and socks squelching in the floating mats of moss of a cedar swamp, two other volunteers and I knelt by the shallow edge of a lily-filled pond to let the babies crawl from our hands to their birthright. "You're home, kid," my companion said to the first turtle she let go. He dove into the water and instantly became one with the leaf litter. Releasing baby turtles may seem a small gesture. But these 15, two-inch-long painted turtles will each have a chance to live for half a century. In six more years, if these youngsters survive, they will be producing hatchlings of their own. 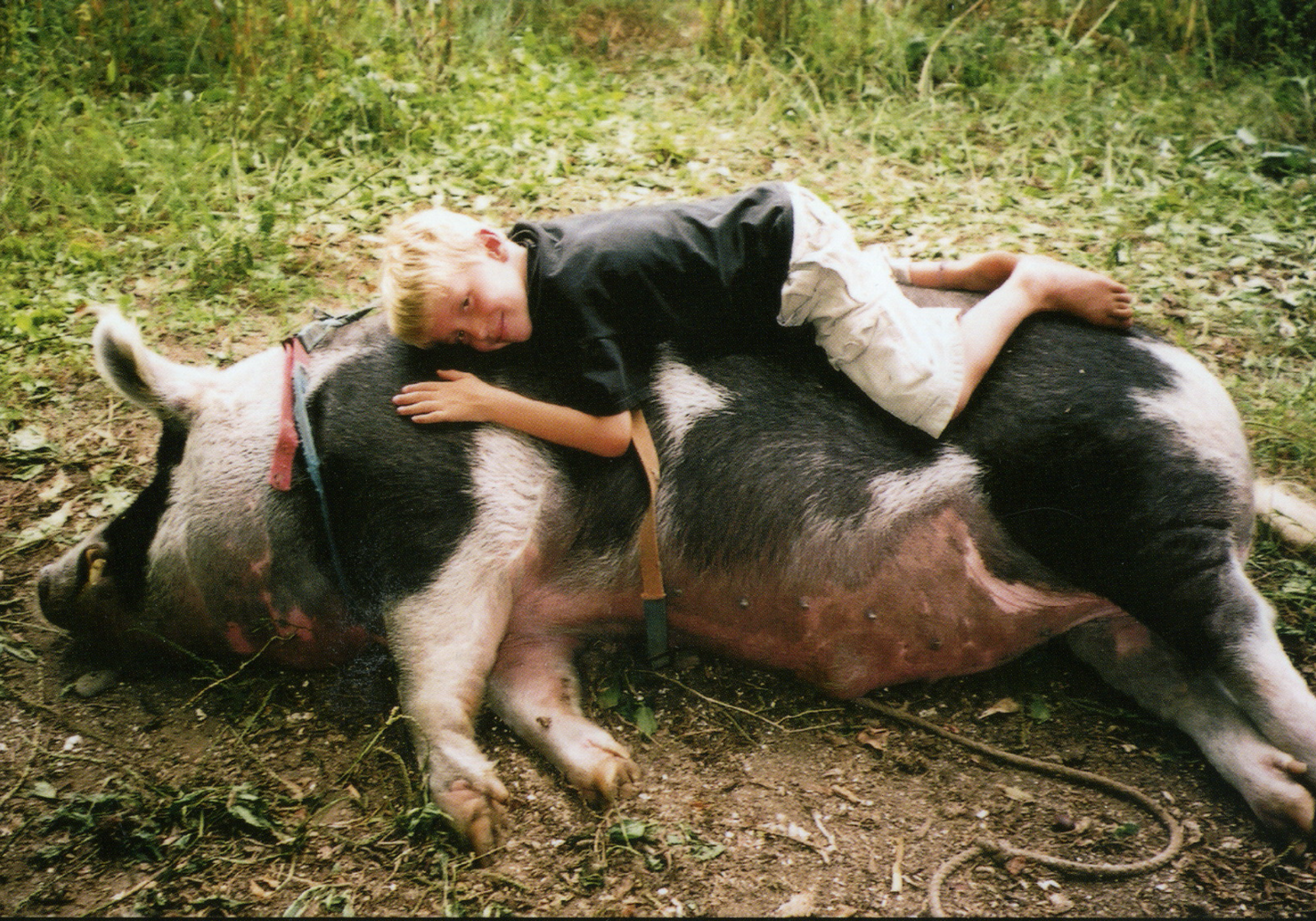 The pig Mr. Christopher Hogwood who Sy took home as a piglet in a shoebox and who grew to be 750 lbs.

From the moment they stepped from our hands, they began lives that would connect them to a tradition that stretches back 220 million years, long before our time began, long before any mammals arose, even before the time of the dinosaurs.

For these turtles, at least, the world has, for the moment, been set right again.

The turtles bring us good news in dark times. Each day brings us an opportunity for healing. New beginnings are all around us--and we are blessed to be called to help restore our relationships with each other, and with the other species on this sweet green Earth.

Family isn't made out of genetic material. It’s not made out of blood. It’s made out of love. Because of Christopher Hogwood, I had a family with chickens and pigs and dogs and cats and children that I was not related to. I had a great family made out of love and it was the family that I chose. He was a great big Buddha master that pig.

Artist Andrea Lauer designed limited edition bandanas inspired by Sy Montgomery. The bandana shows the brain of an octopus and features Sy’s signature and that of the artist. Your purchase supports our free programming and our collaborations with artists.

Sy Montgomery spoke at Pioneer Works as part of our Author Series. This event was supported by Science Sandbox, a Simons Foundation initiative dedicated to engaging everyone with the process of science.

Learn more with animals and Sy’s explorations around the world from her website. You can find her books for children and numerous free to download activities and discussion guides for teachers and young learners.