Household objects eaten by blobs, and other permutations of the mundane-made-strange.
technology 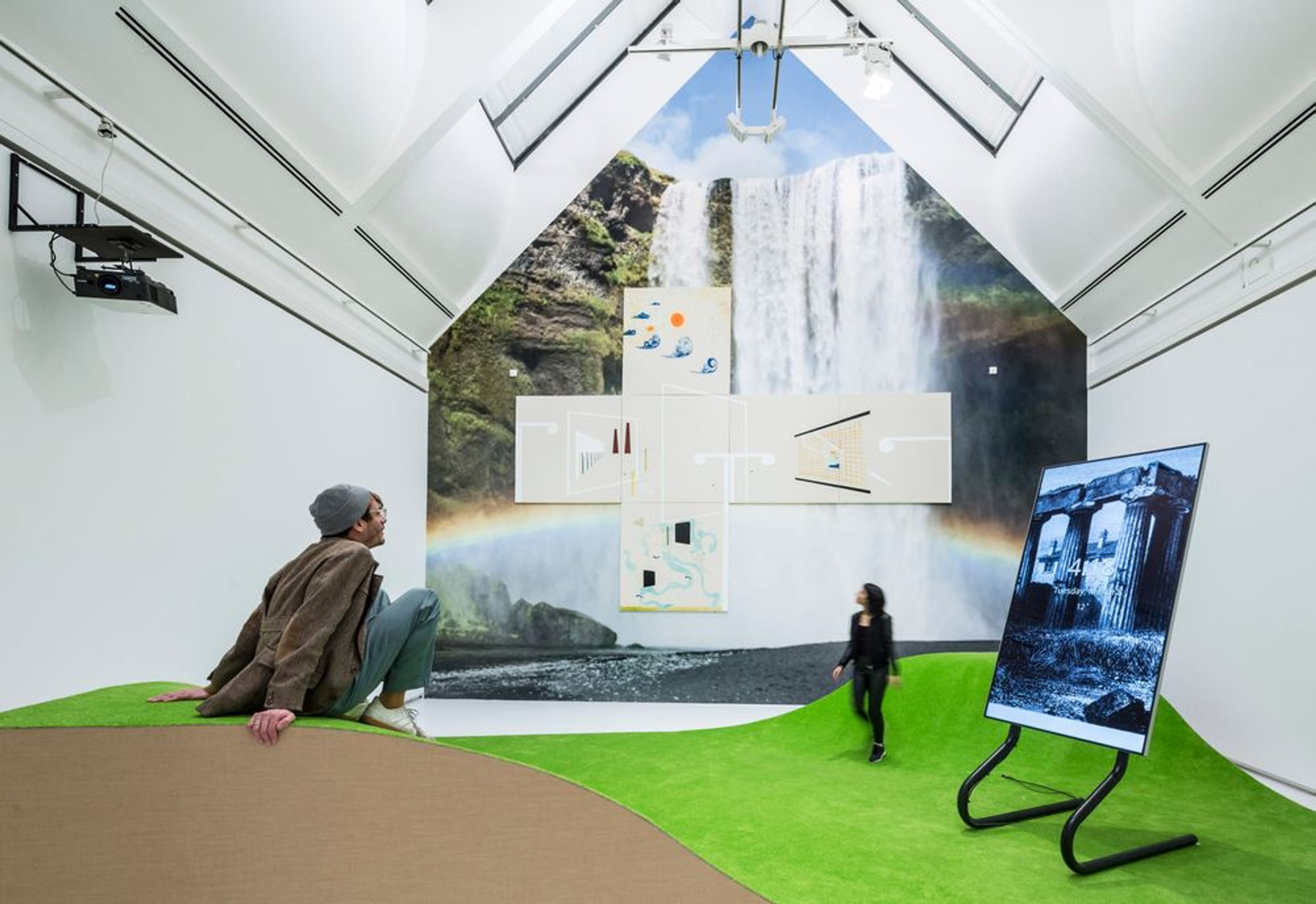 BY Tommy Martinez
Tommy Martinez is a technologist and arts worker exploring manifestations of identity and history in electronic culture. As Director of Technology at Pioneer Works he facilitates an experimental creative technology program.

I first met Florian Meisenberg in the early part of 2015, working with the experimental arts non-profit Harvestworks in downtown Manhattan. The institution, which he contracted with for an upcoming show at his gallery Simone Subal, is well known for its ability to bring strange and ambitious artistic visions to life through technology, a process which Florian’s unique curiosities create the perfect premise for. As we began working on the project, Florian wondered aloud to me if it was possible to create an animation—what he also referred to as a “live simulation”—of a “blob” which could “eat” 3D objects downloaded from the web in real-time. The proposal sounded like a fantastic challenge, which we accepted, and it became the first of what would be at least a half dozen equally strange and beautiful works the artist and I would make together over the years.

This first exploration with Florian, entitled Delivery to the Following Recipients Failed Permanently (2015) featured two opposing blobs, downloading and eating in concert with each other, slowly morphing and taking in that which they were being fed in a tennis-like choreography. I often imagine Florian as his blobs, simultaneously shaping and being shaped by the realities and circumstances surrounding him, volleying to hold the dynamism of his life and art in hybridized balance. Though he is uncompromising in his vision, he flexes comfortably to the possibilities and limitations of the technologies he employs, making his work particularly apt for explorations in new and unsettled territory.

The objects which his blobs mined came mostly from open source repositories that house incidental accoutrements for architectural mockups; in the piece we encounter a random assortment of things that enter the virtual space with a subtle yet profound force altering its aura: an ironing board, several types of houseplants, a prone dog, a stack of folded shirts. Like the simulation, Florian consumes the mundane and presents it in configurations which require us to consider the inherent humor, classification, and animacy of his objects. For Florian, making neither begins nor ends at the canvas but simultaneously permeates and is permeated by all aspects of his life. Unsurprisingly, Florian comfortably subsumes the standard format of the Password Protected series and re-appropriates it into a stage for his own performance.

Florian’s current show at Simone Subal, A story is always told into two ears, will be open until May 22nd 2021.