On Time with Parquet Courts

The seminal NYC “vamp punk” band share two outtakes from their recent 10 year anniversary livestream and their co-lead singer, Andrew Savage, talks with Pioneer Works Director of Music and past PC collaborator, Justin Frye, about the concept of time.
music 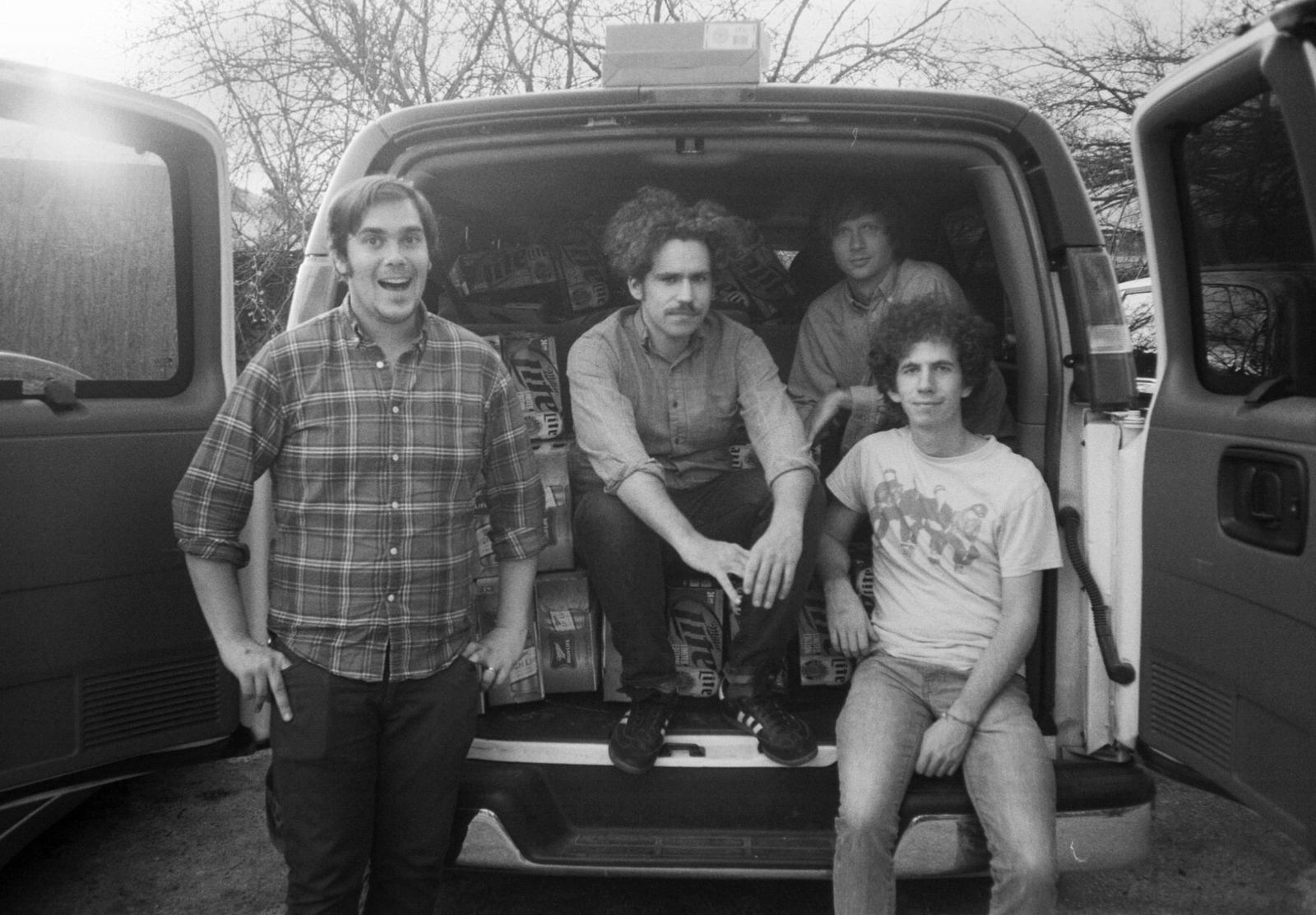 BY Justin Frye
Justin Frye is the Director of Music at Pioneer Works. He is also an active musician, visual artist and writer. His primary creative outlet is called PC Worship.

On December 10, we celebrated a decade of Parquet Courts, in true 2020 fashion, with a virtual performance via livestream, suitably titled On Time. Even though the film was only available for a one-time livestream that aired last night (at least for now), we are blessed to have two outtakes for your viewing pleasure; “North Dakota” from the band’s breakout record Light Up Gold and “Before The Water Gets Too High” a long form “vamp punk” masterpiece from their most recent LP, Wide Awake!

On Time is simultaneously a look back and a look ahead at the prominent Brooklyn-based quasi-punk band’s journey from playing every DIY show they were offered to headlining the most legendary venues in the world. The film, which was made by longtime collaborator Andy Capper (who I photographed filming them on stage in Mexico in 2012 with a disposable camera), compiles behind the scenes footage, shot on countless tours and phones, with a live performance recently filmed onsite at Pioneer Works with a range of delightful cameras. The film captures the band’s unique and playfully intellectual spirit as they evolve over the course of the most insane decade in human history. I’ve been lucky enough to share part of their journey, as a temporary bass player, friend and collaborator (see PCPC “Ramsgate” from 2015), so in many ways it was a special opportunity to be able to join forces with them at Pioneer Works and share in a seemingly rare celebratory moment with friends (wearing masks and social distancing), as they skipped through their discography while the sun set on our main hall. I recently caught up with the band’s co-singer, guitarist, casio-ist, and official artist, Andrew Savage, to chat about what it means to do something for so long and why it’s taken ten years to be called “vamp punk”. 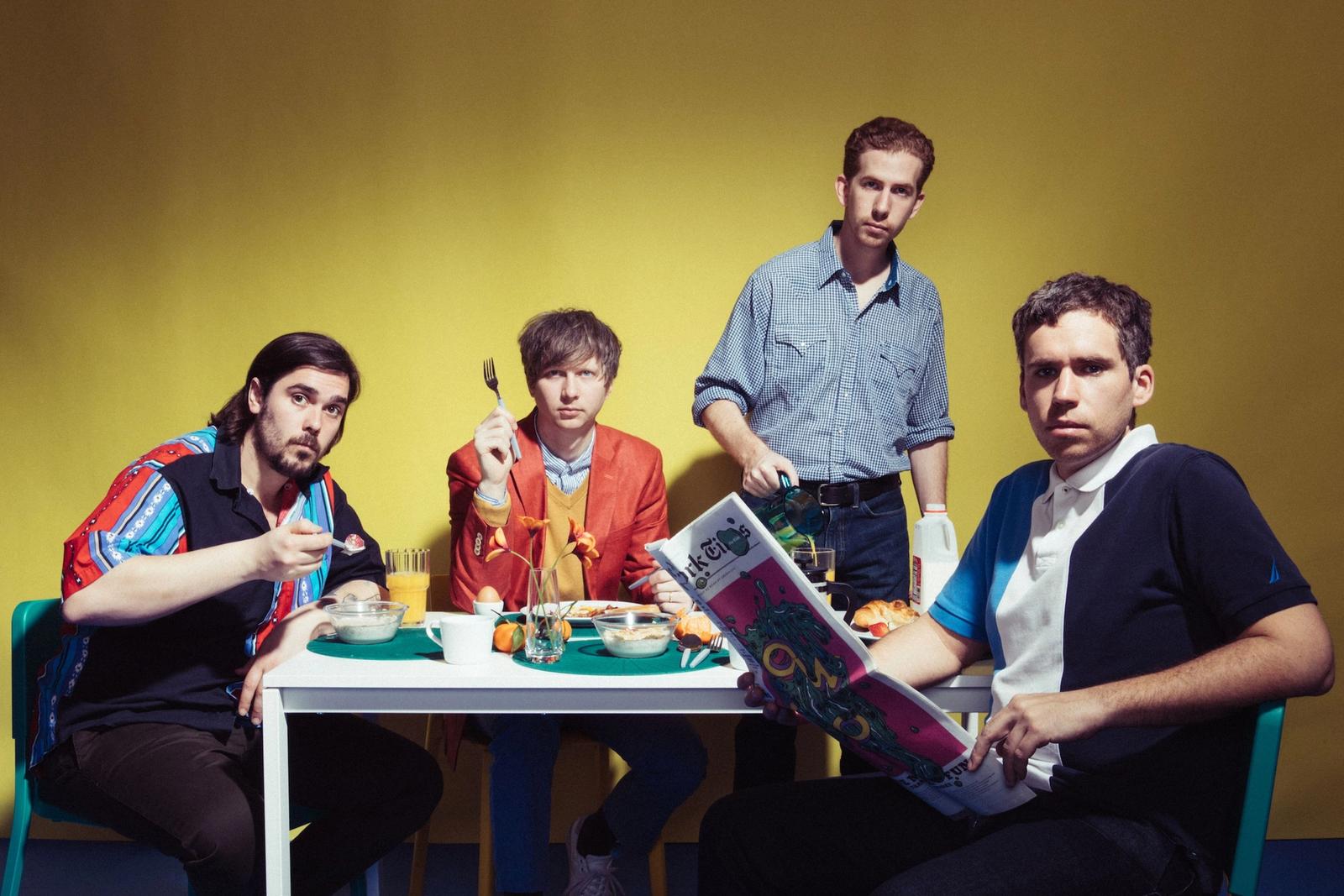 What does it mean to hit the ten year mark for Parquet Courts? Is there significance in it or do you feel like it's just another year?

Yeah, I think so. Our first show was in 2010 and here we are ten years later, so in a way, the story of the band is the story of the last decade. I've been in New York for eleven years now and the band's been going for ten years, so it's also the story of my time in the city, seeing how culture has changed over the course of that decade. In hindsight it’s been vast, but as things go, when the decade was happening, it seemed incremental. There's been a lot of change during that time, so I do think it's pretty significant in that way. I've never been in anything for ten years; a band, a relationship, a school, a city, a home. So yeah, it is pretty significant to me.

In terms of cultural and societal change and everything that's happened over the last decade, I feel like you can really see that in your music, especially the lyricism. Looking back at Content Nausea, Wide Awake! Sunbathing Animal, I feel like those albums really parallel what was happening in the world.

I think so, as art really should reflect what's happening at the time. That's always important to me to communicate; that what fascinates us about art from a different time is the context in which it was created and what was happening in the world that informed it's creation.

When you guys are shaping a record, I'm curious about the process and if you go in with a larger concept in mind. Also, how has the process evolved over the course of the last decade?

In the very early days of the group, we would just get onstage and start making noise and see what happened and a lot of songs just kind of came out that way. On our first tour of the West Coast, I remember Austin just started playing this riff that eventually became the song “Bodies.” He just started jamming it, then Sean and Max came in and I started noodling around. We were just vamping and then the song was pretty much written on stage in Portland. A lot of Parquet Courts songs start with a vamp, because that’s kind of what you do when you're in a band, at a show. You set up and are waiting around then somebody plays something and everyone starts grooving. 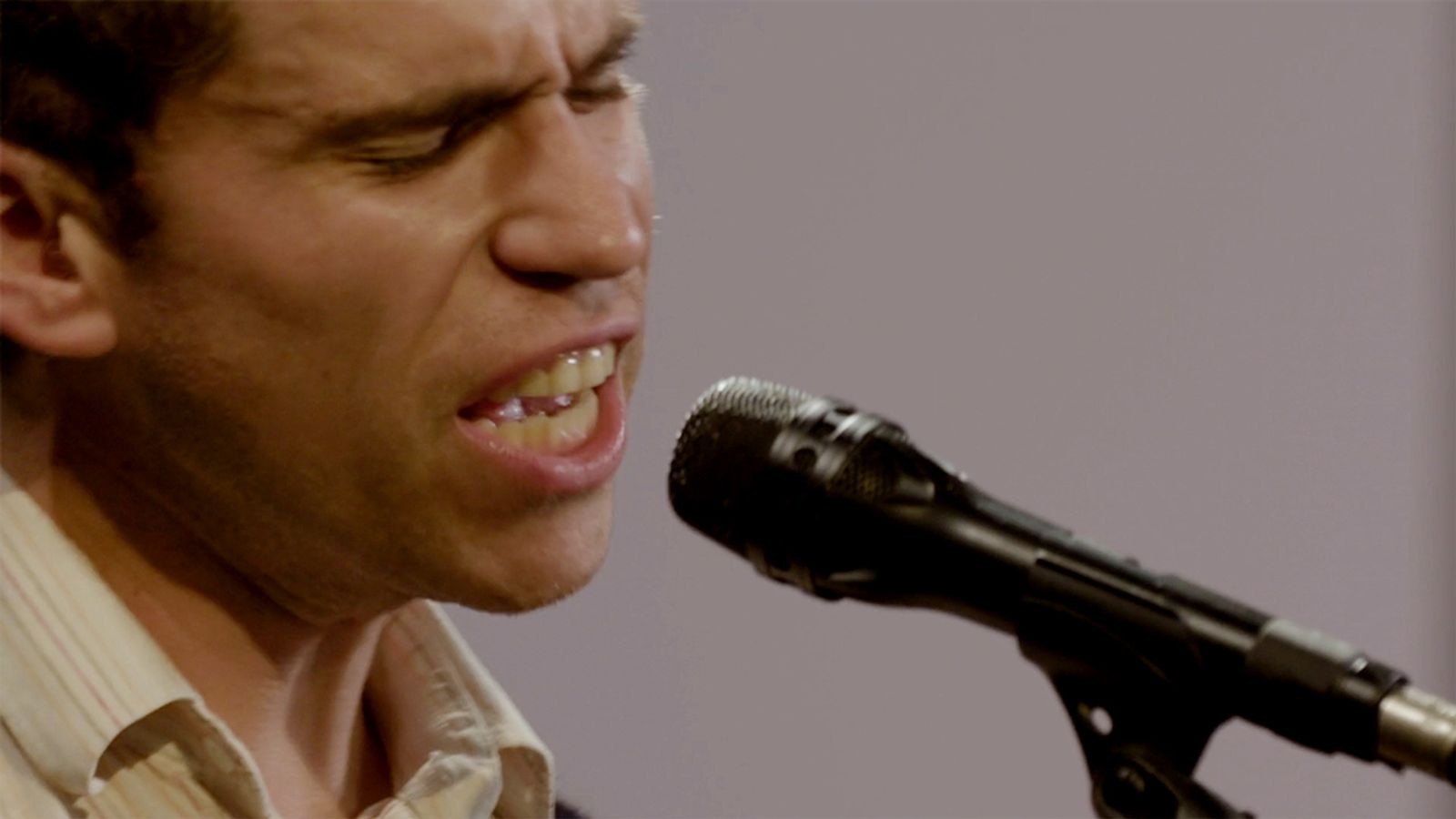 Play
Video
Parquet Courts: Before the Water Gets Too High
JF

I feel like you guys are definitely “vamp punk.”

I love that. Why is ten years in and we just now get defined as “vamp punk”?

Light Up Gold was the first time there was a concept. We were barely a band when we made American Specialties. We had a practice space and a lot of times it would be me and one other person, like me and Austin or me and Sean or me and Max and we would kind of piece recordings together. Every once in a while we'd get everybody together to practice, because when we were recording American Specialties we were playing shows, but it definitely wasn't everybody's priority yet. Then, once we started writing songs for Light Up Gold, we started practicing all the time and had a rule that we had to take every show that was offered to us. So we just played a lot. In the beginning I was the friend that everybody knew and they kinda knew each other a little bit, but when we began playing a lot of shows together and hanging out more we all became really good friends and started working together collectively. With American Specialties it was like, “okay, we're gonna just make some noise on the Tascam,” then Light Up Gold was like “okay, we’re going to make an album, a collection of songs that actually have something to do with each other.” With the other earlier records, like Tally All The Things That You Broke and Sunbathing Animal, we would write, practice, and play the songs a lot, then go into the studio with Johnny Schenke, maybe write a few more and record. Then there was Content Nausea, where we reverted back to me and Austin experimenting with the Tascam, like the early days. Then, you know, there's other situations like the PCPC record that we did, where the songs crafted themselves while we were on tour and whatever happened, happened, so we recorded it live. Then we started getting a little bit more time and money from the record label, so that allowed us to get in the studio for longer and stretch out a bit and start going a little bit deeper. So I guess the process has kind of evolved, but not in an entirely linear trajectory. 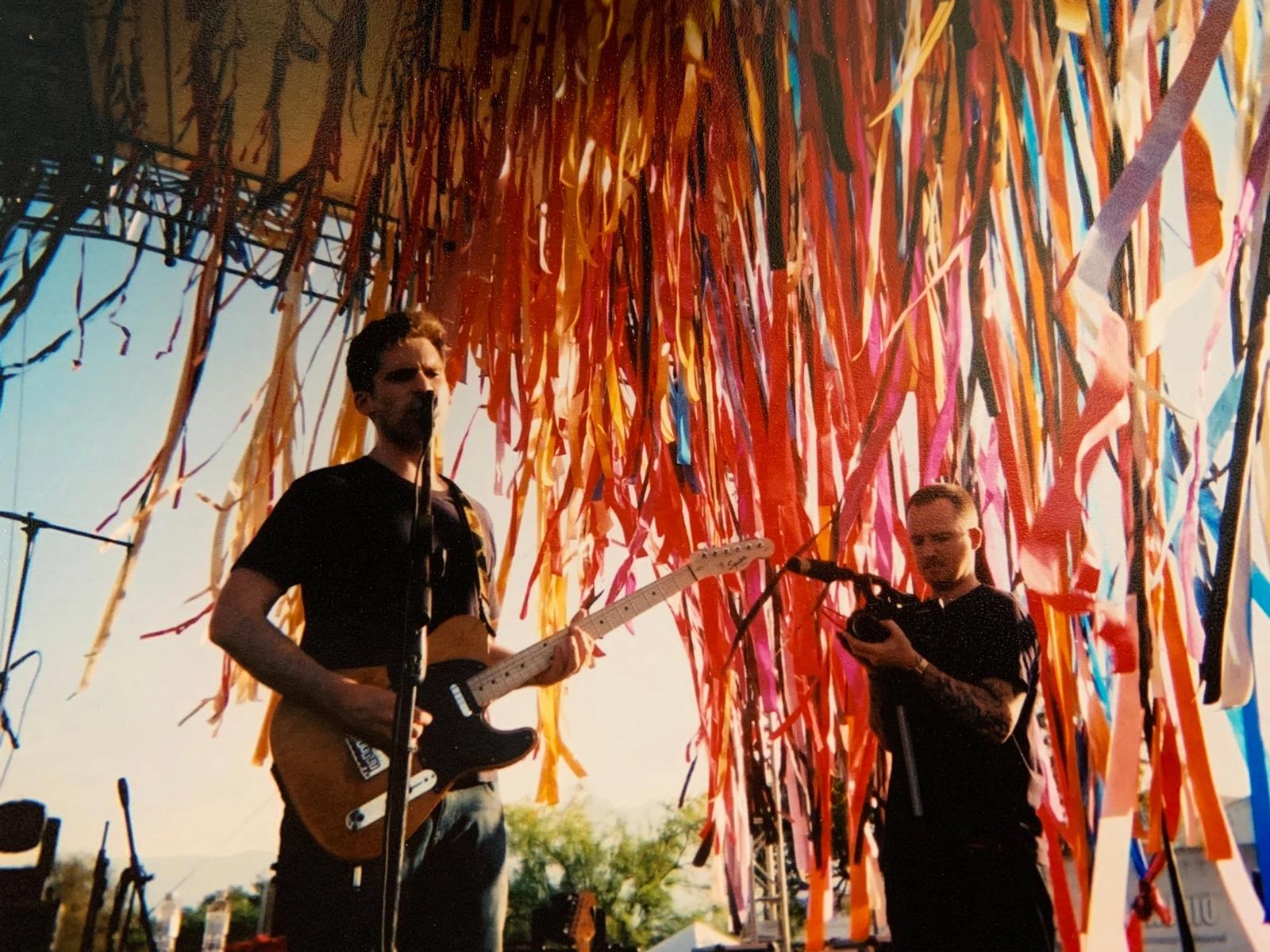 Looking ahead, what did you all want to capture with the new livestream film, On Time?

I wanted there to be a sense of time in it that explores the evolution of the band. There’s some older footage in it to show how we've aged and what it's like to be in a band for a decade, because ultimately this band has been my identity for the last ten years. In the beginning we were young and the future seems so distant, so in a lot of ways, I grew up in this band and it allowed me to see the world. I never thought I'd go and gain different perspectives on things and see so many places. So, I credit it with my evolution as a person because it's opened up the world to me.

Looking back, do you think that Parquet Courts is a uniquely 2010s band?

We have a new record that's going to come out next year and I think it's our best and most exciting yet, so I don't think we'll be confined to that decade, but that piece of time is definitely an important part in our story.

One thing I like about rock and roll is that it is so referential and indebted to its past, like how the blues works within this limited structure, rock and roll is kind of the same in that there is this guidebook and this history that you simultaneously try to honor and reject, because you want to continue the path that you know was walked before you, while creating something new. So in many ways, I kind of think of Parquet Courts as a link in the chain.