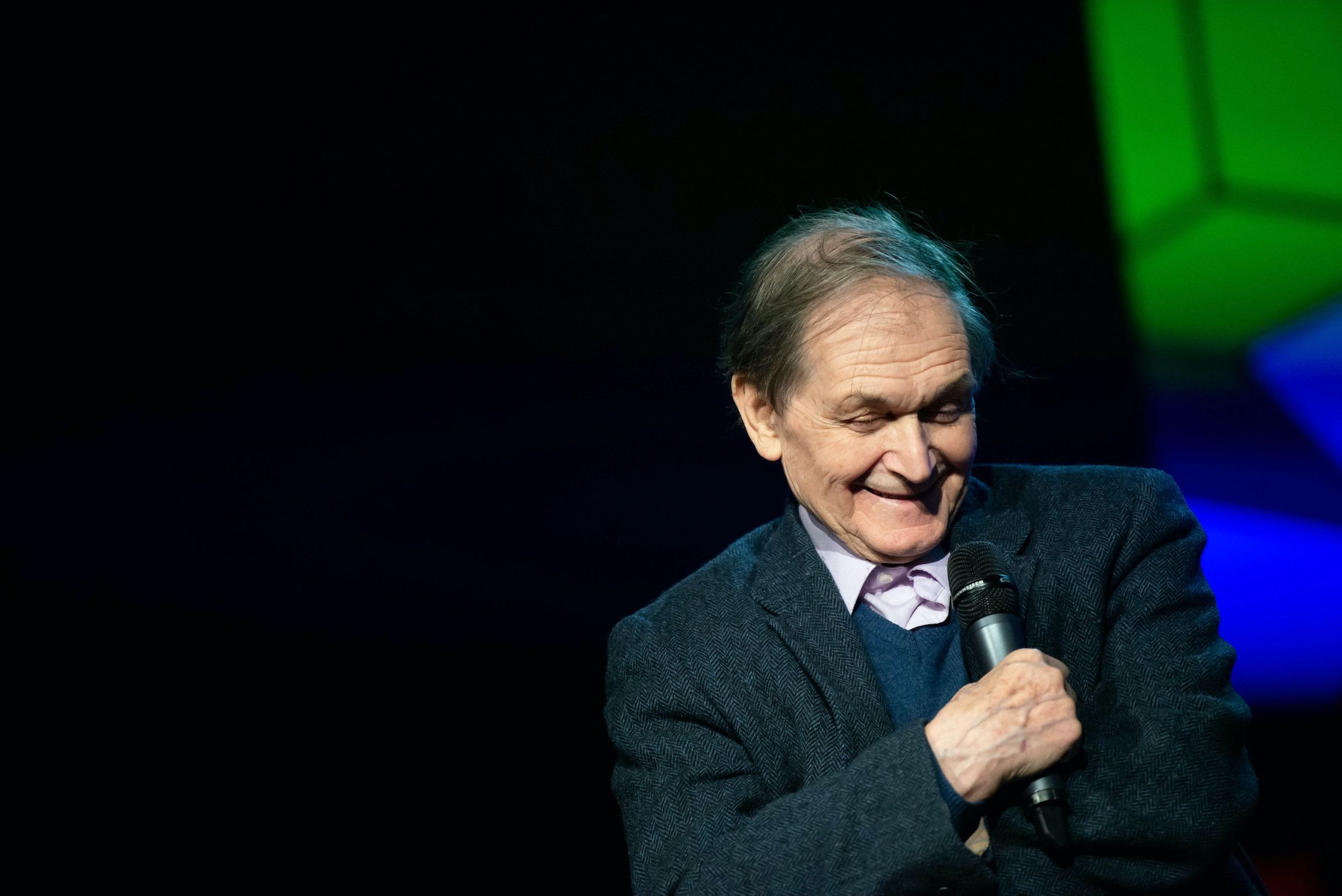 Thrilled with the news that Sir Roger Penrose was awarded the Nobel Prize this morning. He shares half the prize with observers Andrea Ghez and Reinhard Genzel, who independently discovered the supermassive black hole at the center of the Milky Way. The Nobel is rarely awarded for purely theoretical work like Sir Roger’s. In pure math on paper, he discovered that black holes are inevitable and perfect. A black hole is like a fundamental particle in its flawlessness. The event horizon hiding any individuality, they become indistinguishable.

Sir Roger Penrose was knighted by Queen Elizabeth II for his remarkable contributions to mathematics and physics. He is one of only twenty-two living recipients of the honor Order of Merit. Sir Roger, as he is fondly known to other physicists, is a relentlessly creative genius. He has made profound contributions to an understanding of the structure of spacetime and geometry, black holes, the unification of quantum mechanics and gravity, and the origin of our universe. His radical ideas on consciousness have provoked controversy and fascination, while his playful geometric tilings were thought to be impossible in reality. Though intuition defying, Penrose tilings ignited the imaginations of filmmakers and artists and ultimately were discovered in nature. Join Pioneer Works Director of Sciences, astrophysicist Janna Levin (author of Black Hole Blues and Black Hole Survival Guide), as she hosts Sir Roger Penrose in a conversation that will stretch across the universe, theories of consciousness, and infinity. This event was supported by Science Sandbox, a Simons Foundation initiative dedicated to engaging everyone with the process of science. The Broadcast is supported in part by the Alfred P. Sloan Foundation.