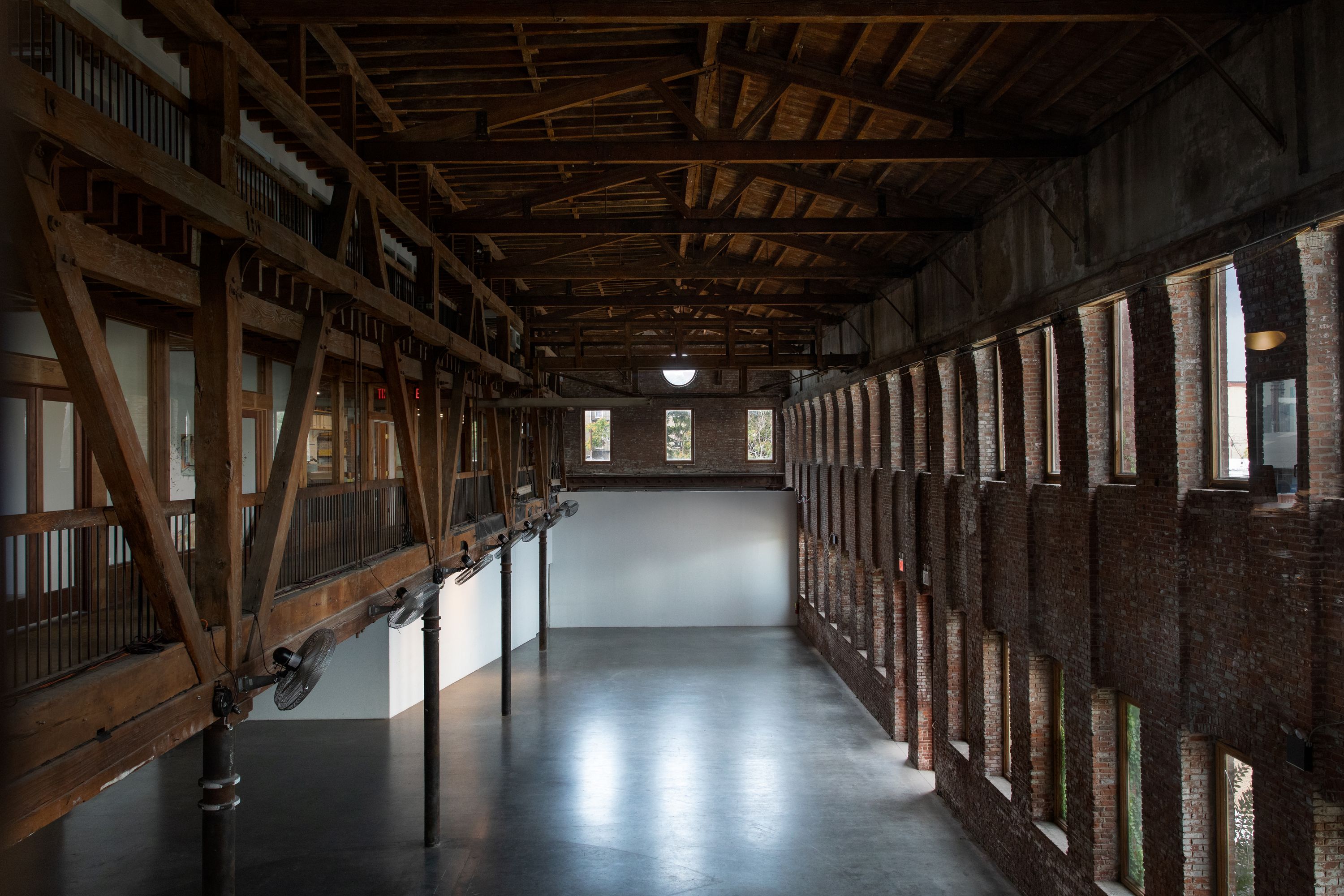 Letter From the Editor

Welcome to the Broadcast, our virtual assembly, Pioneer Works beyond the walls, a home to interdisciplinary discourse in Science, Music, Technology, and the Arts.
BY Janna Levin
Janna Levin is the editor-in-chief of The Broadcast, the director of sciences at Pioneer Works, and a professor of physics and astronomy at Barnard College of Columbia University. Her latest book is Black Hole Survival Guide

Pioneer Works is dust and wood, cement and steel. The proverbial brick and mortar. The building has an imposing physicality. It practically brags of being an object as well as a place, a home to artists, musicians, writers, scientists and technologists, the occasional bird, and most recently a stray cat. If you have been here, it is hard to deny the base appeal of the wood, cement, and steel. The brick and mortar. The way the sun paints the shape of the windows on the floor. The ricochet of sounds from the slotted catwalks. The transient stains of the striated sunsets over the river. The view of the bridges connecting Manhattan and Brooklyn. The physicality of this place works on your soul.

Some nights, the main hall has been packed with humans, individuals lost in the collective, elements in a shared experience, moving together, feeling together, watching together. Other times, there would be no more than a few of us animating the building, throwing salutations to each other from the artists’ studios through the open spaces, self-conscious about the clanging of our shoes when the main halls are empty. So many sight lines. We often collect along the railing and watch the installers below build improbable exhibitions that rise to the challenges of the place. One minute a wall is demolished unsentimentally, the next a ceramic sphere is gingerly and slowly threaded into a 20 foot wall of hundreds of other fragile ceramic spheres.

The Broadcast, by contrast, is immaterial, an idea, a thought experiment, an aspiration. We fantasized about a virtual experience in the likeness of Pioneer Works yet different, an original variation with its own unique character and motivations, with an identity that would emerge to be discovered, like the surprising specificity of a newborn personality. We imbued this imaginary world with the kind of unreasonable hopes invested in all progeny: that their intrinsic value will naturally exceed that of their makers’.

For years, The Broadcast remained only in our minds, just a couple of us thinking the thoughts. Ideas were drawn on paper and thrown away. This incorporeal apparition was tossed among a few friends, sometimes just as we passed each other in the building. Then new concepts ignited in one head, and another, a cloud of electrical activity, influenced by thoughts and passed along, growing with each transmission, mutating with each transfer from brain to brain. In that way, The Broadcast took shape in the constellation of neurons.

Then the pandemic struck. Our events were cancelled. Exhibitions were frozen. The building was locked. We were forcibly dispersed. Almost immediately the garden became unruly in our absence. The streets of New York City were chillingly empty and improbably quiet except for the haunting, relentless ambulance sirens. We all have our stories from that time.

Under the uncomfortable pressure of lockdown, a kind of mania followed. The thought experiment that was the Broadcast was suddenly a priority. In a frenzy of activity, we focused our energy to realize this aspiration, from the architecture of the site itself to the letters and articles, the videos and the music. I imagine us running hysterically down the halls but of course we were all immobile, crunched over gadgets in our various quarantine bases. There were a few frantic weeks of near lawlessness. We raced to publish a beta version on April 24, 2020, the day before we hosted our first virtual offering, just in time to salvage one of our much loved events, The Universe in Verse. Our audience that would have been contained within the walls, remarkably, had surged overnight to 80,000 viewers from around the world.

We were stressed. We were tired. We were unsure. The Broadcast wasn’t yet everything we had imagined, but it was a beginning, a chance for the survival of our community. And it was beautiful. A beautiful bustling stretching cooing thing. And now here it is. It’s alive and will have a life of its own. Many of you joined us this year in our virtual space. And you have our gratitude. This is near enough to a birthday, a milestone, a moment to celebrate. The Broadcast is a pandemic baby, reared nonetheless on optimism and growing with joy, adapting and evolving. Here is the next step in that evolution: the launch of Broadcast 2.0.

This virtual assembly is a home to interdisciplinary discourse in Science, Music, Technology, and the Arts. We have scientists speaking on string theory, digital artists tripping out over audio revelations on the dissolution of free will. Poets are talking, writers are sharing, artists are reflecting. We have original musical performances to share and reflections on loss, social upheaval, the future imagined. We hope to ignite thought, to celebrate and mourn, inspire curiosity, and to invite you, our audience, artists, scientists, writers, musicians, designers, and technologists to tune in from wherever you are.

The Broadcast is not as unphysical as we originally imagined. It insists on feeling like a thing. More and more like a physical reality. I tap my keys. Real electricity travels. Light hits my eyes. Synapses fire. I trip out on time travel with scientists and artists. It’s as real as foot fall in a vast exhibition hall. As real as light on my face in the garden. We watch music together. We exchange opinions. We disagree sometimes. The Broadcast is an idea, a concept, a place, an exchange of electromagnetic energy. It lives in my mind and in yours. Welcome.