The 1960s saw Japanese artists abandoning the museum, the theatre, stage, and the cinema to explore their artistic practice outside of the traditional parameters of entertainment. The artist collective Hi Red Center staged their actions on the street (Street Cleaning Event, 1964) and in a hotel room (Shelter Plan, 1964). Soon, it became more likely to encounter a film performance with multiple projectors in a gymnasium than in a movie theater. A generation of artists who felt constricted by established forms of expression sought new environments to free their practice.

One place where they found this freedom was in discotheques, which emerged in major cities of Japan in the mid-1960s. By 1968, they had become a cultural phenomenon. The discotheque MUGEN in Akasaka, Tokyo, became a hotspot where celebrities like novelist Yukio Mishima, fashion designer Issey Miyake, and actress Mariko Kagaya could be spotted. Group Sounds—a genre of music made by electric music groups that was considered a hybrid of Japanese Pop and Western Rock music—was hitting the charts and live bands performed in jazz cafes, go-go-bars, and discotheques. Psychedelic culture was reinterpreted for Japanese cultural activities where it was referenced in manga comics, fashion, and even a Godzilla film installment. 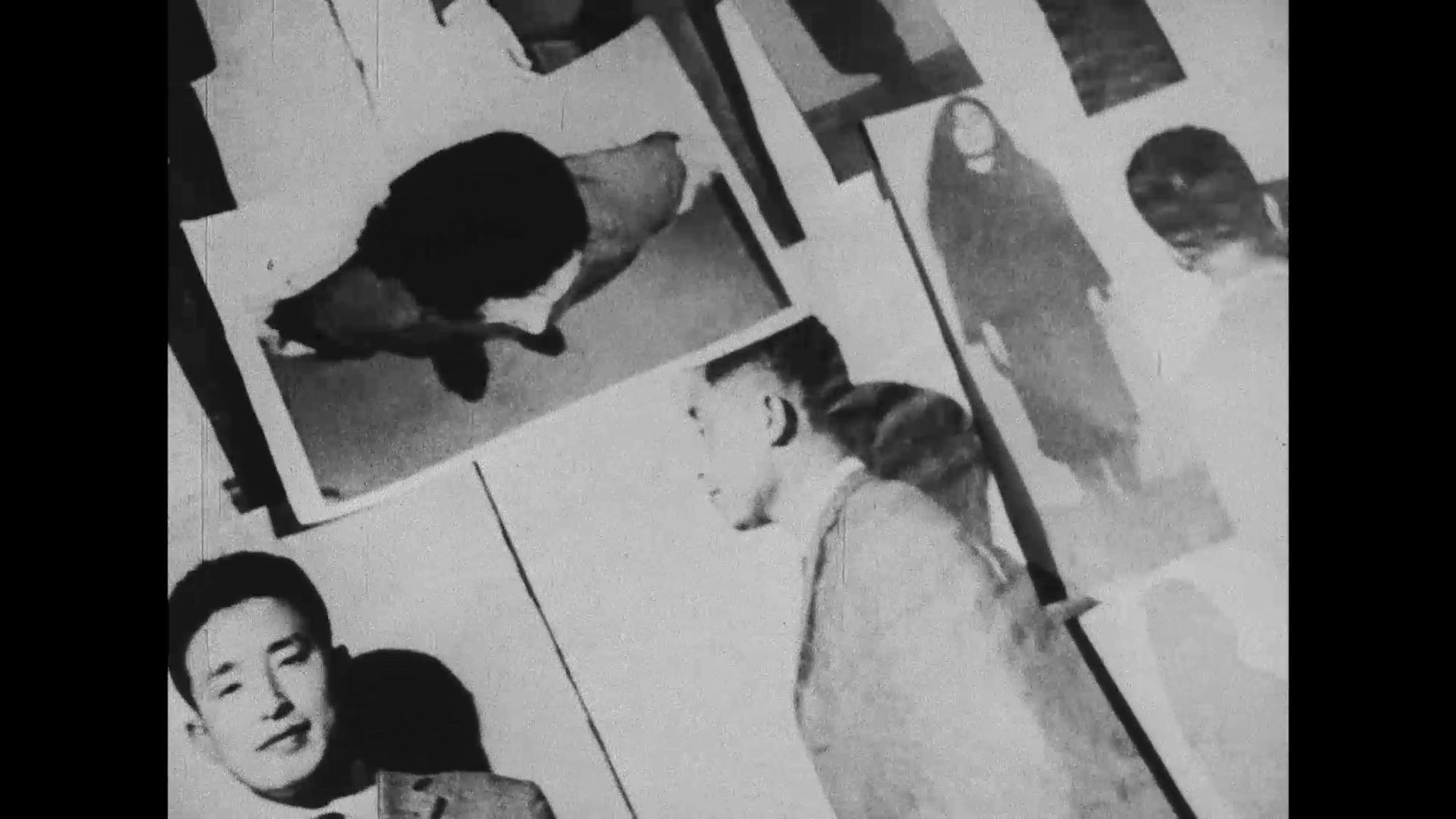 Discotheques in 1960s Japan soon became more than afterhours entertainment. The wonderfully named discotheque LSD, one of the first in Shinjuku, Tokyo, was where the artist Shuzo Azuchi Gulliver held his first film screening, including several works of expanded cinema, in 1967. The event Phantom Black Festival (maboroshi no black festival) took place at Angura Pop in Kabukicho, the red-light district of Shinjuku, where several artists, including the artist collective Zero Jigen, staged their non-verbal ritualistic actions. The venue also housed the first psychedelic show in Japan, organized by filmmaker Kenji Kanesaka who had been based in Chicago, and the event involved film projections onto Bizarre Ballet Group, an all-female dance troupe dressed in full-body white tights. Alongside regular nightclub entertainment, Space Capsule in Akasaka, Tokyo, held dance performances by Butoh founder Tatsumi Hijikata and underground (angura) theater by Tenjo Sajiki, the troupe led by Shuji Terayama. Clearly, the story of Japanese contemporary art cannot be told without recounting the numerous discotheques that emerged in the ’60s, yet it often is. When researching Japanese discotheques as sites for experimental art, I learned the most from architecture and interior design magazines. Art magazines appear to have been mostly unaware of these activities, both then and now.

Clearly, the story of Japanese contemporary art cannot be told without recounting the numerous discotheques that emerged in the ’60s, yet it often is.

The discotheques weren’t mere arenas for experimental art: more than a handful of them were designed with close involvement of artists through collaborations with architects and event organizers. Contemporary music composer Toshi Ichiyanagi and architect Kisho Kurokawa (co-founder of Metabolism movement in postwar Japanese architecture) designed the aforementioned Space Capsule. Designer Kiyoshi Awazu put together the design for Luminescence, a bar covered in mirrored surfaces that invited people into a play of reflection as they entered. The discotheque Panic, made in collaboration between illustrator Akira Uno, artist Tadanori Yokoo, and Shuji Terayama evoked the infamous exterior design of Terayama’s theater Tenjo Sajiki and housed nightly performances of psychedelic rock music. Western music, fashion, and design were sources of inspiration for the Japanese cultural scene. When international travel became more affordable, cultural capitals like New York saw an influx of Japanese visitors, many of whom brought back their experiences. But they, too, added a Japanese touch: taking its name from the English word ‘underground’, Angura Pop asked its visitors to take off their shoes when they entered, a tradition for Japanese households.

The history of discotheques and ‘expanded cinema’ is intimately intertwined in Japan. In the article that introduced expanded cinema to the Japanese cultural scene, filmmaker Takahiko Iimura, reporting from the United States, wrote on psychedelic shows that he experienced in San Francisco alongside works by Stan VanDerBeek, Robert Whitman, and USCO which he witnessed in New York. Like discotheques, expanded cinema was quickly embraced by the cultural scene and, in the run-up to the 1970 World Exposition in Osaka, to take place in Asia for the first time, the technology industries were eager to facilitate the production of anything that could showcase their abilities.

The artist Rikuro Miyai once said, "I’m no longer interested in showing my films to cinema audiences. I find it more exciting to show my films to people visiting department stores and go-go discotheques."

At the heart of the development of discotheques and expanded cinema in Japan was the artist Rikuro Miyai. While being one of the most recognisable faces of the hippie (futen) movement in Tokyo, Miyai was also an experimental filmmaker, heading a production company Unit Productions that he set up in his Shinjuku apartment. He was a film critic for renowned critical film journals like Eizo Geijutsu (Film Art) and Kikan Film (Quarterly Film) and, active as a model, he was also an advisor for television programmes and magazines on the youth movement. He once said, "I’m no longer interested in showing my films to cinema audiences. I find it more exciting to show my films to people visiting department stores and go-go discotheques." Miyai saw in discotheques a place where he could express himself freely, especially when he got involved in the design itself: Club Sharivari, an elegant bar in Ginza, Tokyo, was encased in half-silvered mirrors that multiplied the reflections of visitors; Station ’70, a nightclub in Shibuya, was covered in television monitors; and the bar Space Delicious in Horie, Osaka, made in collaboration with Norio Imai from Gutai, was covered from ceiling to floor in purple fur-coated styrofoam, like a psychedelic cave. No other discotheque that Miyai worked on, however, lived up to the discotheque’s promise of bridging art and entertainment as much as Killer Joe’s.

Located in Ginza, Tokyo, Killer Joe’s was a unique underground space that came together through a series of collaborations: designer Yasuhiro Hayata; art design by artist-filmmaker Keiichi Tanaami; sculptural designs by Gutai artist Minoru Yoshida; and with Yasunao Tone on the advisory board. Killer Joe’s was entirely covered in silver vinyl that would be pumped with compressed air through a pneumatic system that responded to sound and motion picked up by sensors. In such ways, Miyai and Hayata, who co-designed the space, envisioned even the visitors as part of a collaboration. With the entire environment constantly moving, film critic Koichiro Ishizaki described Killer Joe’s as a ‘space that breathes’. Projections of pop-infused psychedelic illustrations by Tanaami shapeshifted as the surfaces expanded and contracted.

Like Angura Pop and Space Capsule, Killer Joe’s also incorporated experimental art events into their cultural programming. In January, 1969, Intermedia Art Festival, organised by Yasunao Tone, Kosugi Takehisa, and Shiomi Mieko, took place in the auditorium Nikkei Hall and Killer Joe’s, where Japanese artists performed Fluxus instructions. At this festival, Shuzo Azuchi Gulliver presented Cinematic Illumination (1968-69), a work involving 18 synchronised slide projectors; this work has been restaged as part of an installation at the Museum of Modern Art, New York, which recently debuted to the public following a postponement caused by the current pandemic. 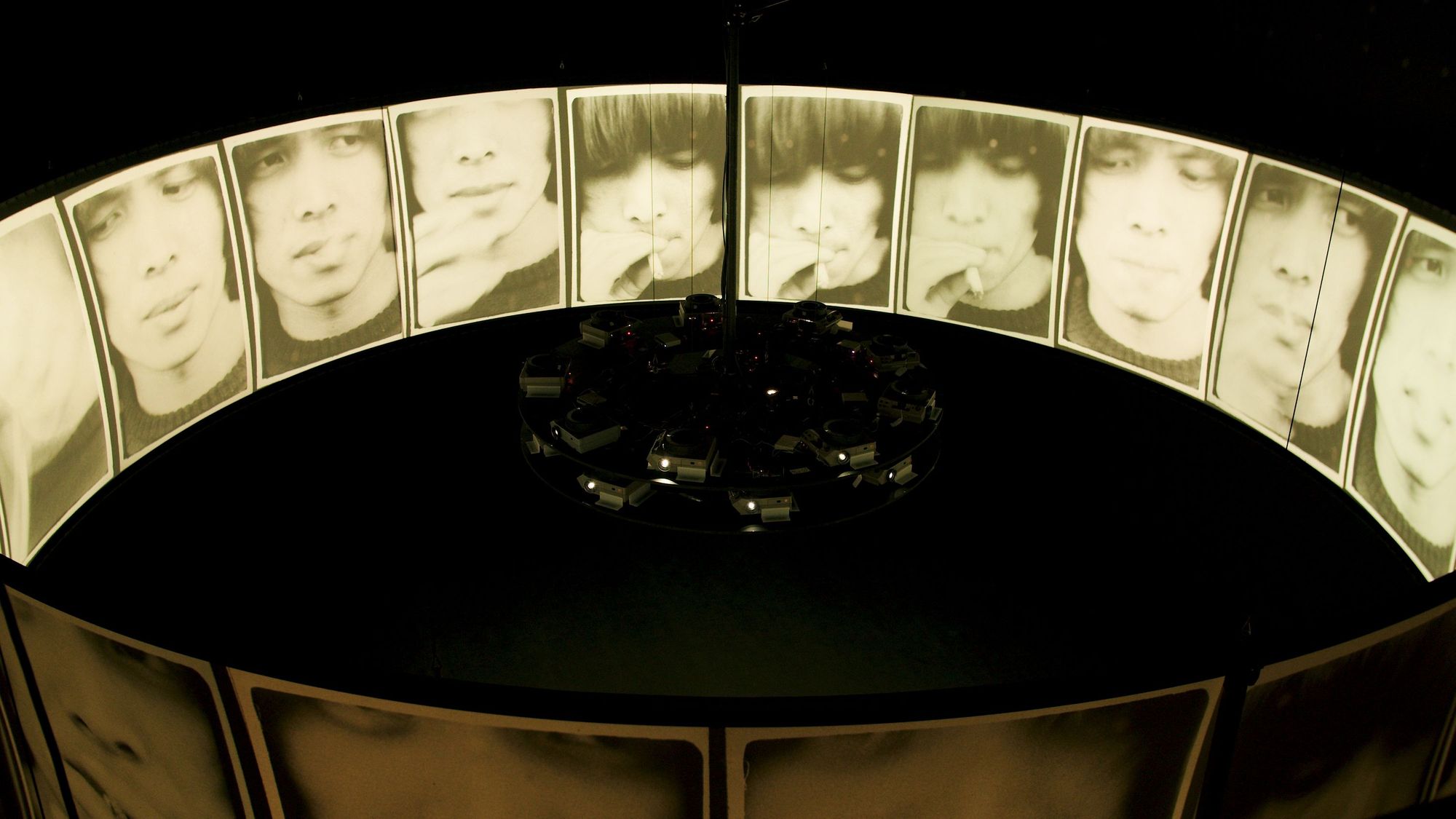 When artists began to seek alternatives to the gallery wall, the stage theater and the cinema screen, the space of exhibition itself took on unprecedented attention. The term ‘environment’, borrowed from Allan Kaprow, became a widely discussed term in the Japanese art scene, epitomised by the landmark 1966 exhibition From Space to Environment, held in the Matsuya Department Store. In response to mass protests held against the Anpo U.S.-Japan Security Treaty, state control over public space intensified, and the negotiation of space and public freedom became a political issue. Environment, as an idea, grew to mean a situation where the artwork, the space of its exhibition, and the audience influence one another, with the audience partially shaping the artwork. Described as ‘environment skin’ by its co-designer Hayata, Killer Joe’s may have realized this ideal more than any other artwork of its time in Japan.