The Truth Will Set You Free, But First It Will Piss You Off

Watch the powerful program with Gloria Steinem and Ronan Farrow, along with the viBe Theater Experience's performance bringing Steinem’s words to life.
science
Gloria Steinem on stage with Ronan Farrow at Pioneer Works
BY Science Studios

We gathered at Pioneer Works last fall to launch two books in one night: Gloria Steinem’s The Truth Will Set You Free, But First It Will Piss You Off, a collection of Gloria’s favorite quotes illustrated by Samantha Dion Baker, and Catch and Kill by the influential investigative reporter Ronan Farrow.

In her opening words to launch the event, our Director of Sciences, Janna Levin, described Ronan Farrow as “a courageous and relentless journalist who has altered the course of a pathological cultural climate in desperate need of course correction.”

“To describe Gloria, I can’t help but use the word 'icon,' even though she is so humble that she preferred we remove the moniker from the copy announcing the book launch. I remember my mother’s feminist awakening and my aunt’s, her identical twin. Unable to find the words to introduce Gloria, I borrow my mother’s. She said to me, ‘Gloria Steinem changed life for women our age. We were never the same. We saw ourselves differently. Stronger. And we were determined to give our daughters better lives. Better choices.’ They did give us better lives and access to better choices. Why as a scientist responsible for the Science Studios, would I naturally host Gloria Steinem? Because truly, so many of us wouldn’t be here–I wouldn’t be here–if not for Gloria.” 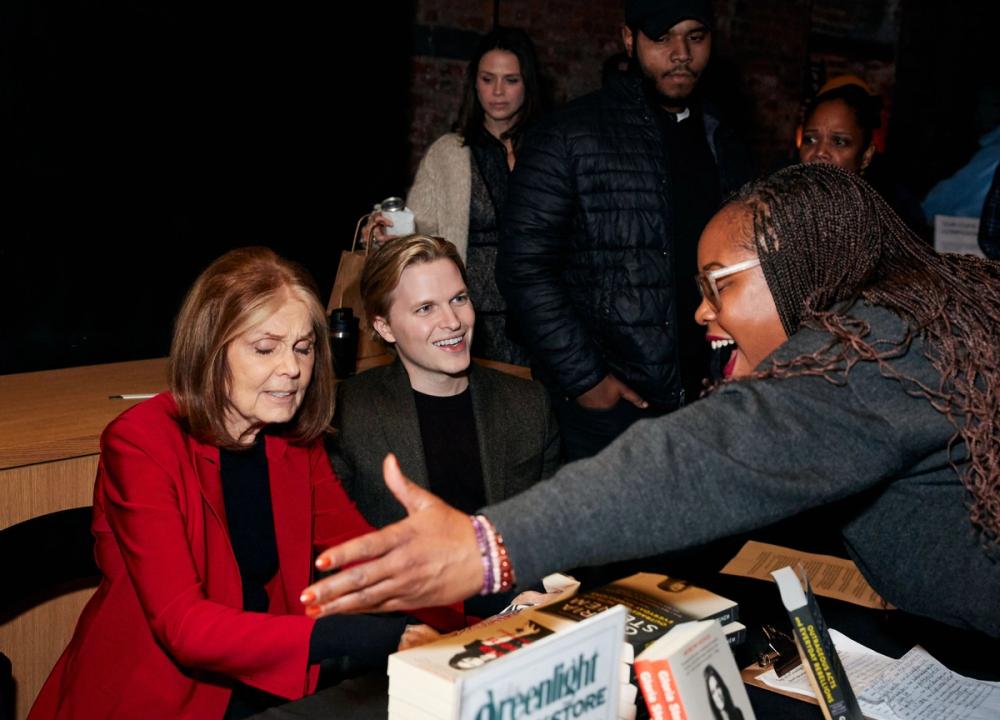 Gloria invited viBe Theater Experience to perform an original work to open the program. viBe provides girls, young women, and non-binary youth of color (aged 13-25) in NYC with free, high-quality artistic, leadership, and academic opportunities. viBe works to empower its participants to write and perform original theater, video, and music about the real-life issues they face daily. viBe’s performing arts and training programs provide the platform for participants to amplify their voices and “speak truth to power,” by creating an artistic response to the world around them. 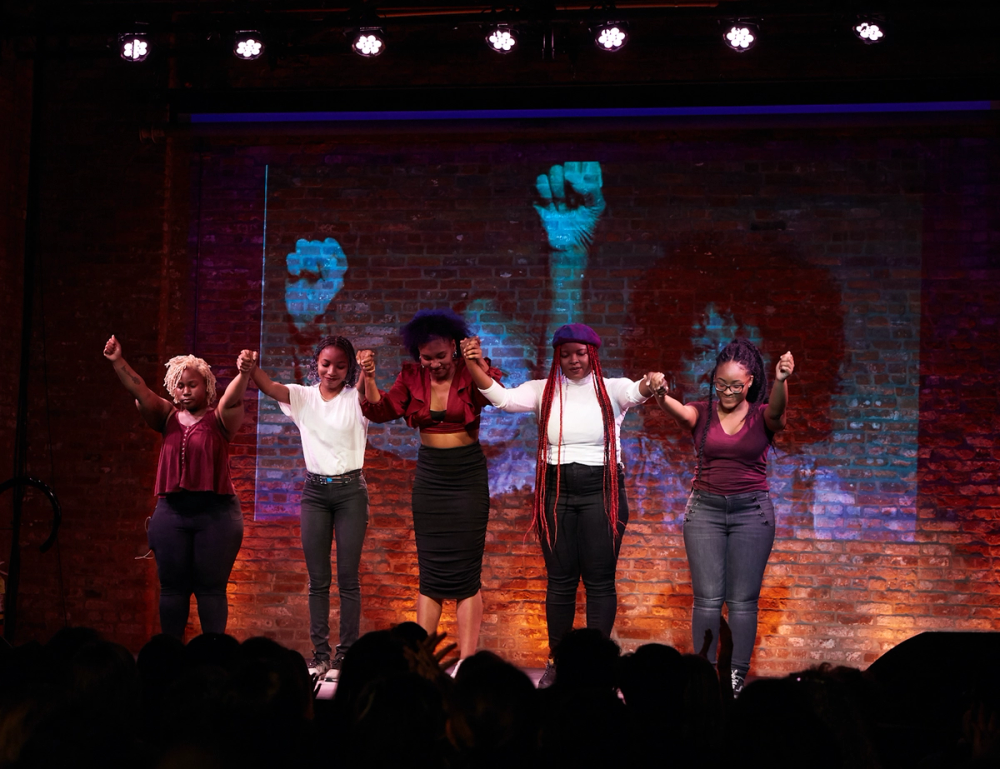 Toya Lillard, the Executive Director (who was the then Director of viBe Company), and Monique Letamendi, Co-Director at the time (now Director), created the script before the rehearsal process began. They selected a bevy of quotes from Gloria’s book to use as inspiration to create their own disarming responses and craft the mesmerizing performance you can watch here:

Play
Video
The Feminism You Left Out | viBe Theater Experience

Artist Andrea Lauer designed a limited-edition bandana inspired by the conversation as part of her signature series. The bandana features the phrase “We are linked not ranked” written by Gloria’s own hand. Your purchase supports our free programming and our collaborations with artists.

This event was produced by Amy Richards and Blaine Edens of Soapbox along with our own Meredith Smith of the Pioneer Works Science Studios. Gloria opens her book with these words: “This book is dedicated to Amy Richards, without whose smarts it wouldn’t exist.”

This event was supported by Science Sandbox, a Simons Foundation initiative dedicated to engaging everyone with the process of science, and the Alfred P. Sloan Foundation.