Bosco Sodi: A Version of Progress

On the occasion of Bosco Sodi’s offsite Pioneer Works exhibition Perfect Bodies, we visit the artist in his Red Hook studio for greater insight into his practice, and ask curator Dakin Hart to reflect on their long working relationship as well as their shared connection with Red Hook.
art 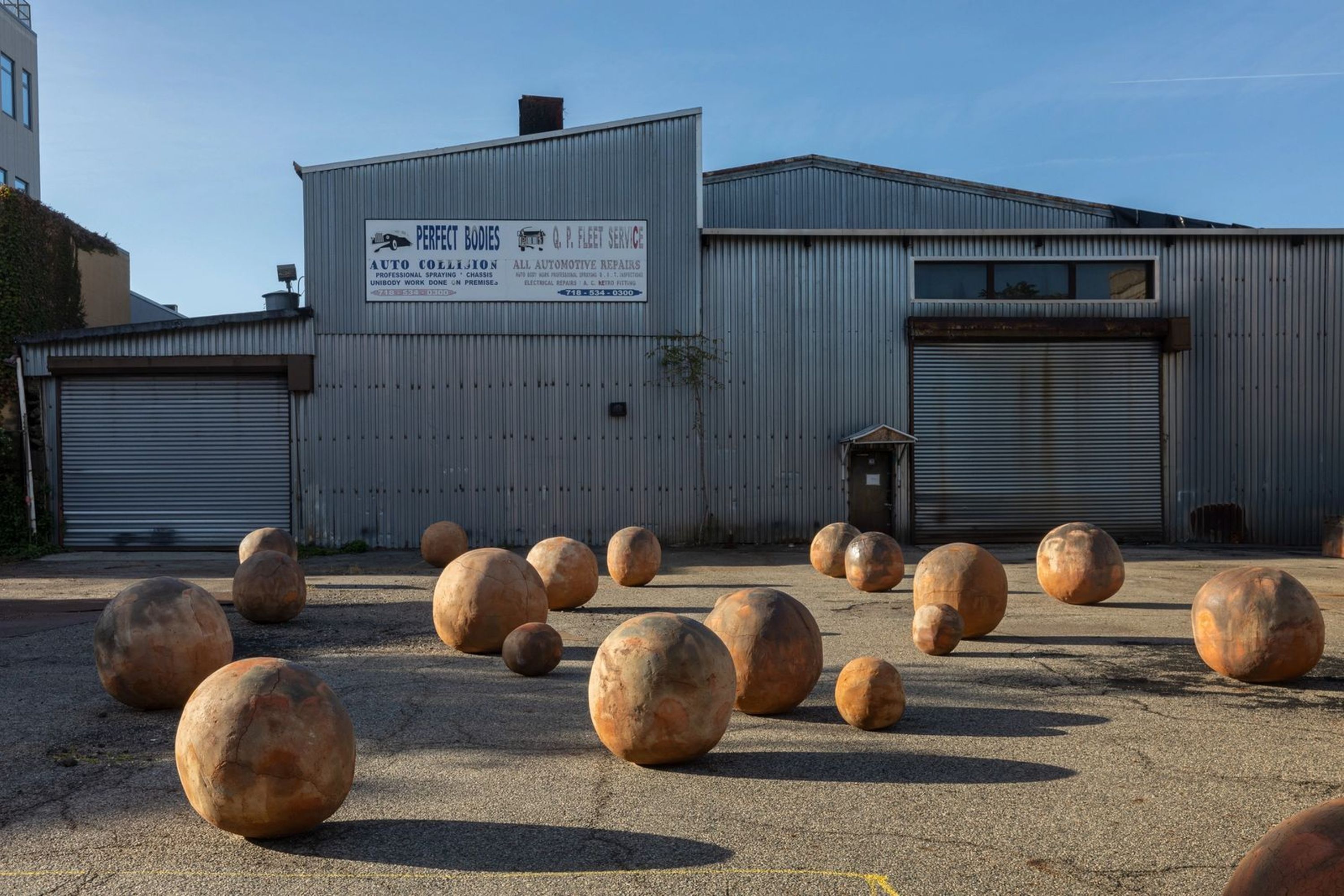 BY Dakin Hart
Dakin Hart is the Senior Curator at The Noguchi Museum.

Bosco Sodi and I first met when we installed a group of his permanently molten, glazed volcanic rocks in The Noguchi Musuem’s indoor-outdoor galleries, as part of a 2015 exhibition called Museum of Stones. Bosco prefers not to be involved with his installations when he can help it, so it was only later that we became friendly. Since then, we’ve done a number of projects together. I’ve written about his sculptures, and about Casa Wabi, the remarkable artist residency program and community art center he founded on the beach in Oaxaca, Mexico. I’ve also organized exhibitions of his work for the Museo Anahuacalli in Mexico City and the Jardín Etnobotánico de Oaxaca. 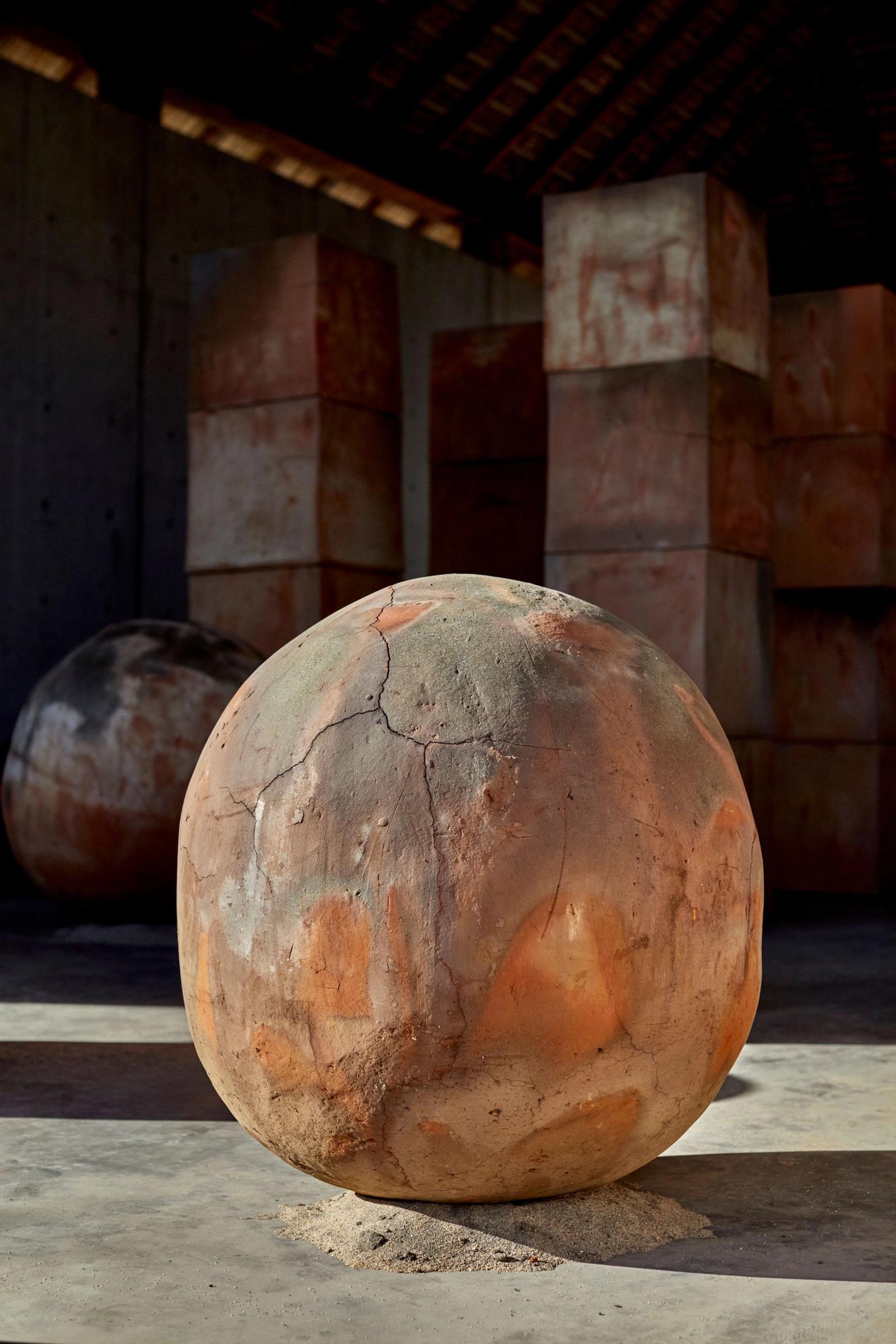 Detail view of a sculpture by the artist. Courtesy of Studio Bosco Sodi. Photo by Sergio Lopez Alejandro Jimenez. 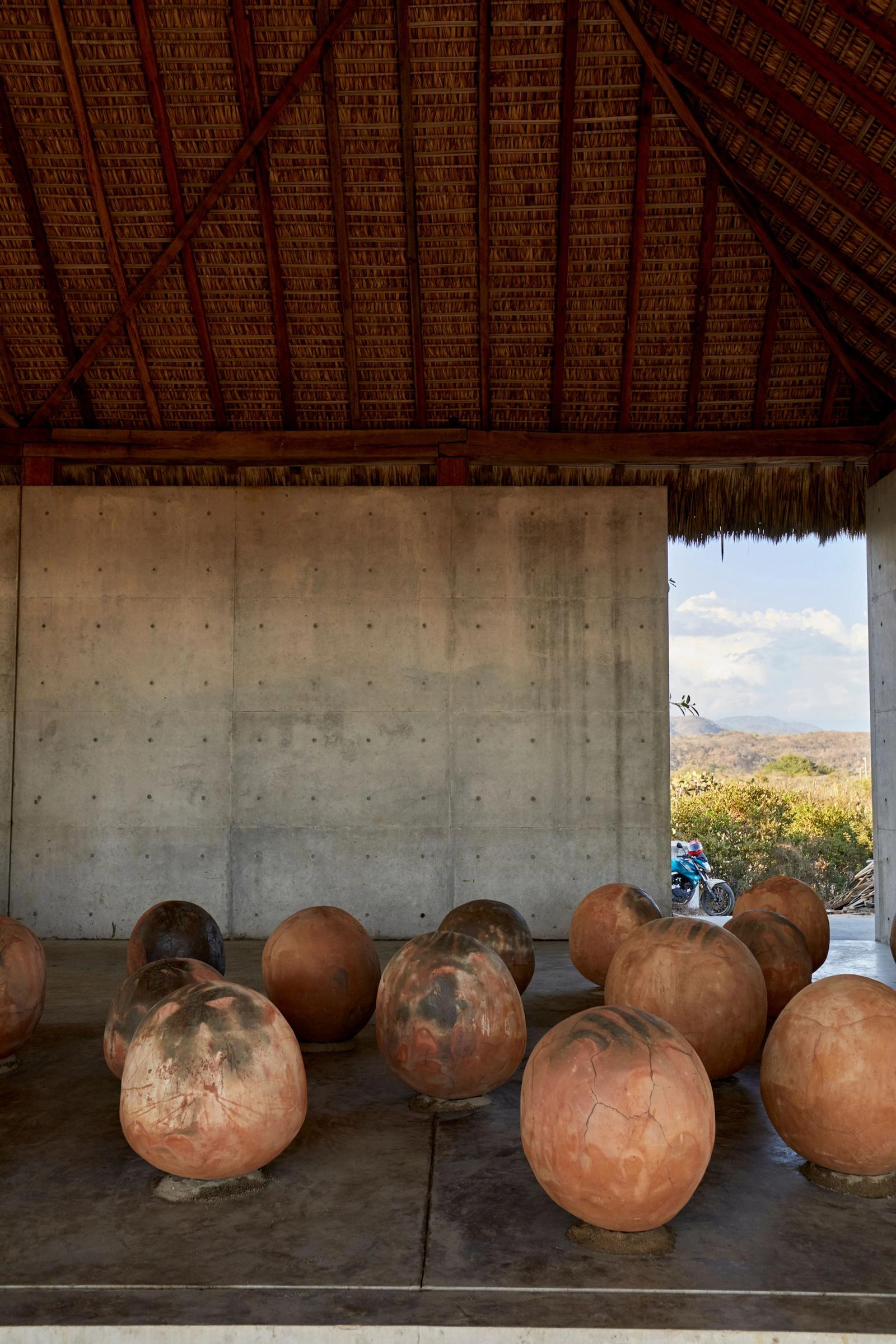 Even so, it has taken a while to grasp what we have in common, beyond making and showing art and dreading the social side of promoting it. For example, we have come to see that we share a belief verging on dogma that words, and clear explanations in particular, are terrible things to do to the kinds of art that interest us. We both like to work straight through until finished, trying as much as possible to avoid conscious thought, which makes our mutually awkward silences more companionable than they might seem. We’re good at staying in the moment, and similarly awful at taking time to enjoy it. And our definitions of success, which lie more outside the white box than within, are quite similar: seeming not to have done very much, altering perspective in a way not readily, or primarily, identifiable with art.

Perfect Bodies came about because we both live in Red Hook. Bosco wanted a reason to bring more clay sculptures to New York, and I wanted to do something to complement one of the neighborhood’s neglected post-industrial open spaces. So I had been looking around for a suitably incongruous place for the spheres. By New York standards, the one-step-up, two-steps-back pace of redevelopment in Red Hook qualifies as glacial. (But for the grace of inaccessibility, this would already be Williamsburg.) Nevertheless, all of these imperfectly perfect, weed-strewn parking lots, where human intention has mostly disintegrated, will eventually become mixed-use superblocks. The forsaken asphalt plane Bosco’s sculptures now inhabit—once the site of an auto-body repair shop that lent its fortuitous name to the exhibition—will eventually, inevitably, become the site of vegan juice bars and yoga studios. 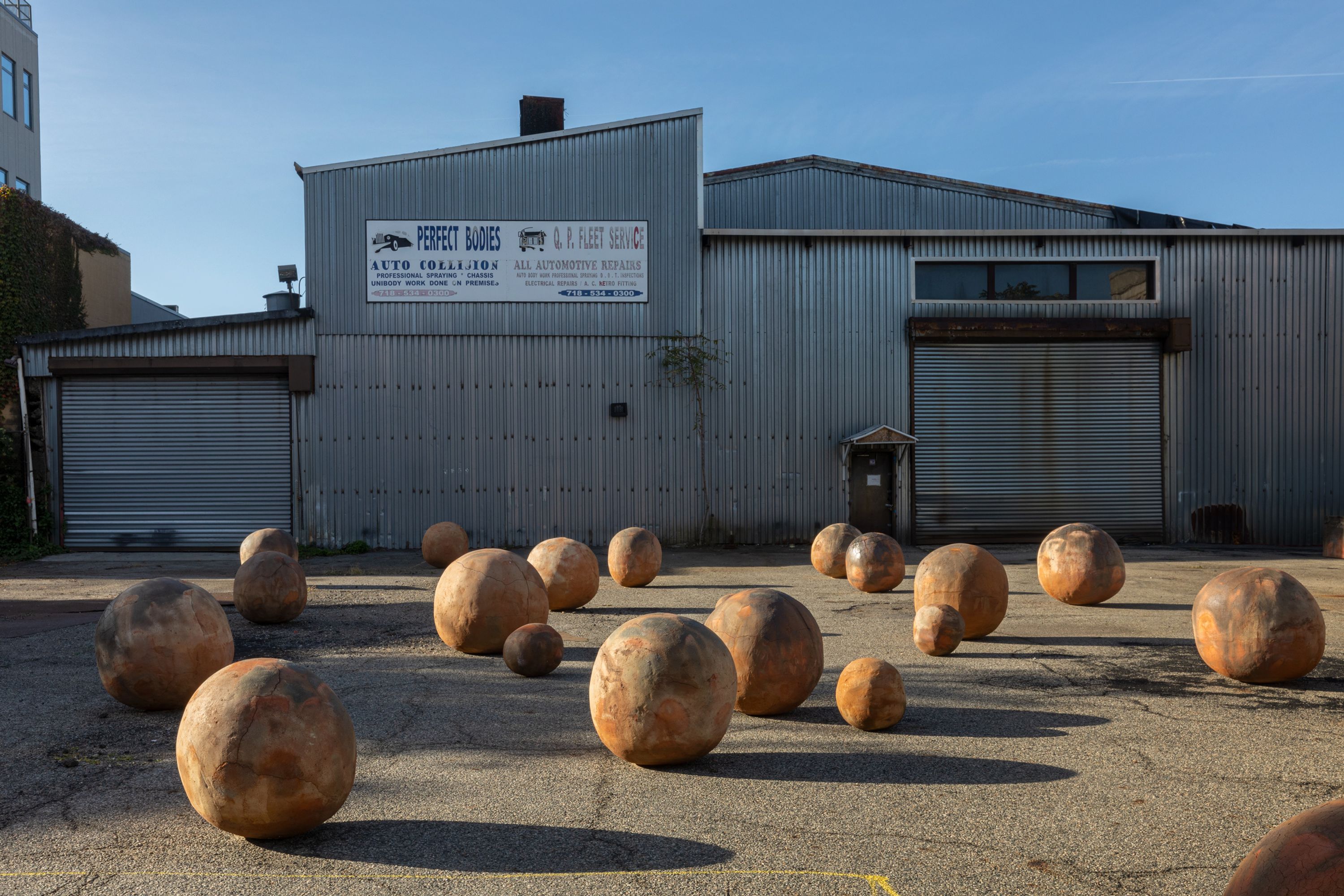 But for now, it remains in limbo between one state or version of progress, and another. Bosco’s unassuming, could be natural phenomena clay balls are one way to reify this otherworldly quality, in much the same way that the robust volunteer trees on the site already do. There's something in the combination that feels benignly alternative––degeneratively productive, like starting fresh or making compost. Originally, the plan was just to do it––to call the number on the fence, get permission from the (very accommodating) property owner, and move them in, without labels, events, or contextual programming. But even Red Hook isn’t quite far enough away for that. Sculpture doesn't ship and install itself, and artists can’t afford to wonder whether trees make noises falling in empty forests.

Sodi and Hart would like to thank DRAW Brooklyn, Kasmin Gallery, and Pioneer Works. 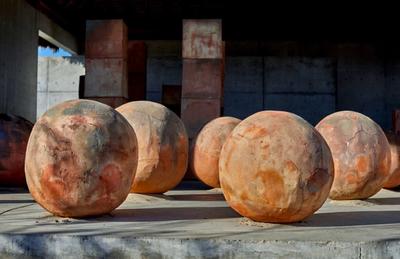