Dramatic highlights from the skies above Earth by intrepid astronomer Joe Patterson.
science
High resolution global view of Io, one of four of Jupiter moon's discovered by Galileo in 1610, and the most volcanic body in the solar system.NASA/JPL/University of Arizona.
BY Joe Patterson
Prof. Joe Patterson is a professor of Astronomy at Columbia University, an observational astronomer, and a baseball enthusiast. (He was also our editor-in-chief’s first astronomy professor.)

On this date in 1801—the very first night of the 19th century—Giuseppe Piazzi found a slowly moving starlike object, which he assumed to be a comet (at that time, only the planets of antiquity were known). But was it a comet? Maybe not, because it showed no tail or fuzz. Only a few precise observations were obtained before it was lost in the glare of the Sun. Fortunately, a very young Carl Friedrich Gauss—now regarded as the greatest mathematician since Archimedes—became interested in how to derive an orbit from a mere three observations. He successfully predicted where the object would be when it emerged from the solar glare and later showed that it moved in a nearly circular orbit between Mars and Jupiter, sort of like an actual planet.

The object was named Ceres, after the Roman god of agriculture. It was the first known asteroid, or “minor planet” (the currently favored term). There are now many thousands known, most quite small and in the asteroid belt between Mars and Jupiter.

Asteroid names have gone berserk. For a good time, google “funny asteroid names,” and if you discover an asteroid (plus solve for the orbit), you can even contribute to the madness. 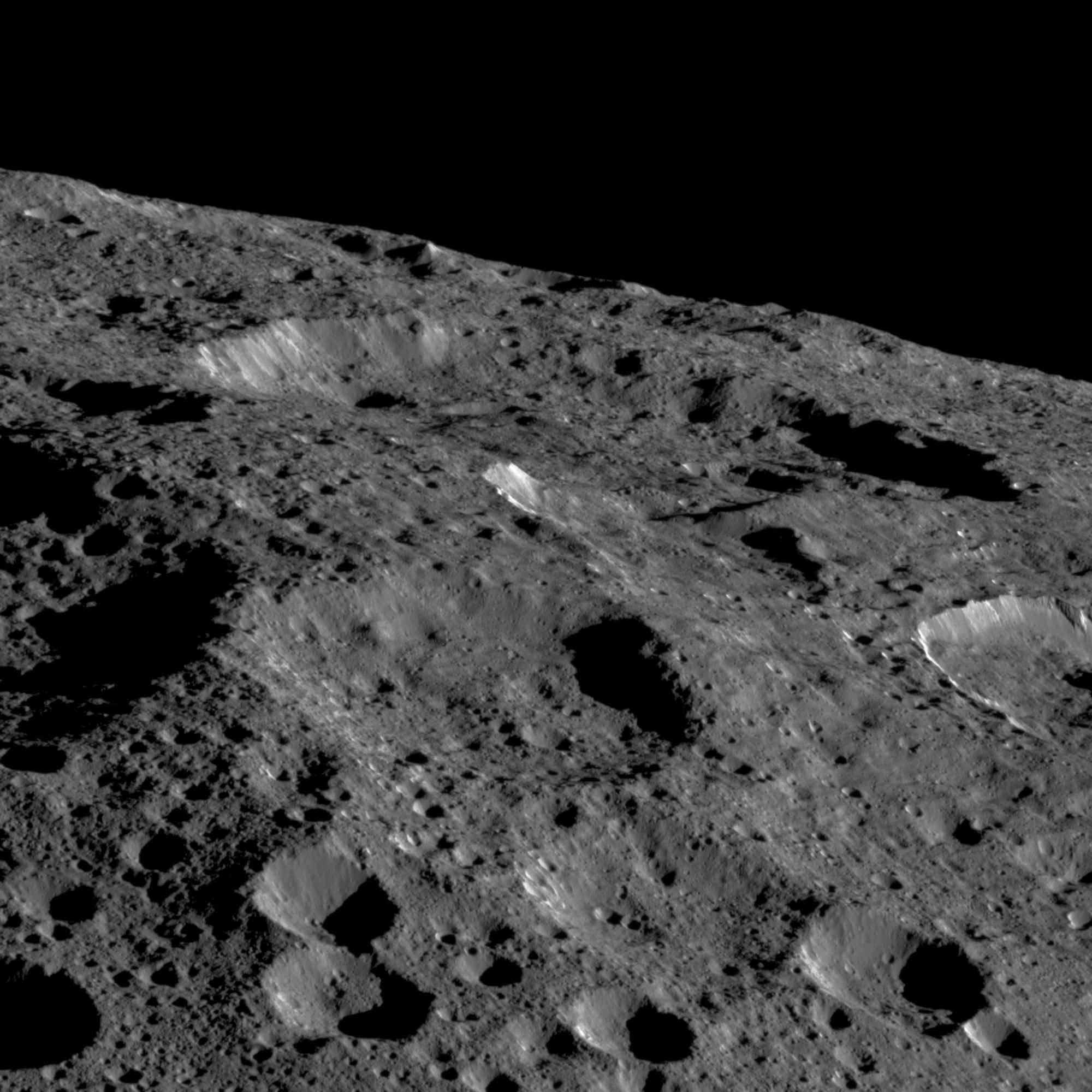 View of Ceres' limb from the spacecraft Dawn, on May 19, 2018.NASA/JPL-Caltech/UCLA/MPS/DLR/IDA.

There was another planetary puzzle that dogged astronomers throughout the 19th century: the motion of Mercury. It did not exactly obey Newton’s Laws, and some astronomers thought there could be another planet, close to the Sun and tugging slightly on Mercury. It even got a name: Vulcan (of course). On this day in 1860, the French astronomer Urbain Le Verrier announced that he had discovered (through calculation) the orbit of Vulcan. But no one ever actually saw it. There were scattered claims of seeing the silhouettes of unknown objects crossing in front of the Sun. But none were confirmed, and Mercury’s odd motion wasn’t explained until Einstein’s General Theory (in 1915) showed that the geometry of space in the near vicinity of the Sun is slightly non-Euclidean.

Earth is today at perihelion—as close as it ever gets to the Sun, just 0.983 AU. Amid January’s deep freeze, this may be surprising. But remember that the seasons are caused not by distance, but by the tilt of the Earth’s axis. The variation in distance (0.98 AU in January, versus 1.02 AU in July) is not enough to make a big difference.

Still, wouldn’t you expect that the maximally close Sun in January and the maximally distant Sun in July would give the northern hemisphere warmer winters and cooler summers? The opposite is true—the highest recorded temperature on Earth is 136 degrees Fahrenheit (Death Valley) and the lowest is -109 degrees Fahrenheit (Yakutsk, Siberia). Can you guess the reason for the extremes being reached in the north rather than the south? (The answer is not beyond dispute, but it’s interesting to think about.)

The anniversary of Galileo’s death, in 1642. Still under house arrest from the Inquisition, Galileo hung on just long enough to get his magnum opus on dynamics (Discourses on Two New Sciences) smuggled out to Holland, where it could be published. On this precise date three centuries later, another adventurer in space and time was born: Stephen Hawking. Hawking showed that the two bedrock principles of 20th-century physics—relativity and quantum theory—can actually be reconciled if black holes emit some radiation (“Hawking radiation”). It has never been observed, but we’re still looking! 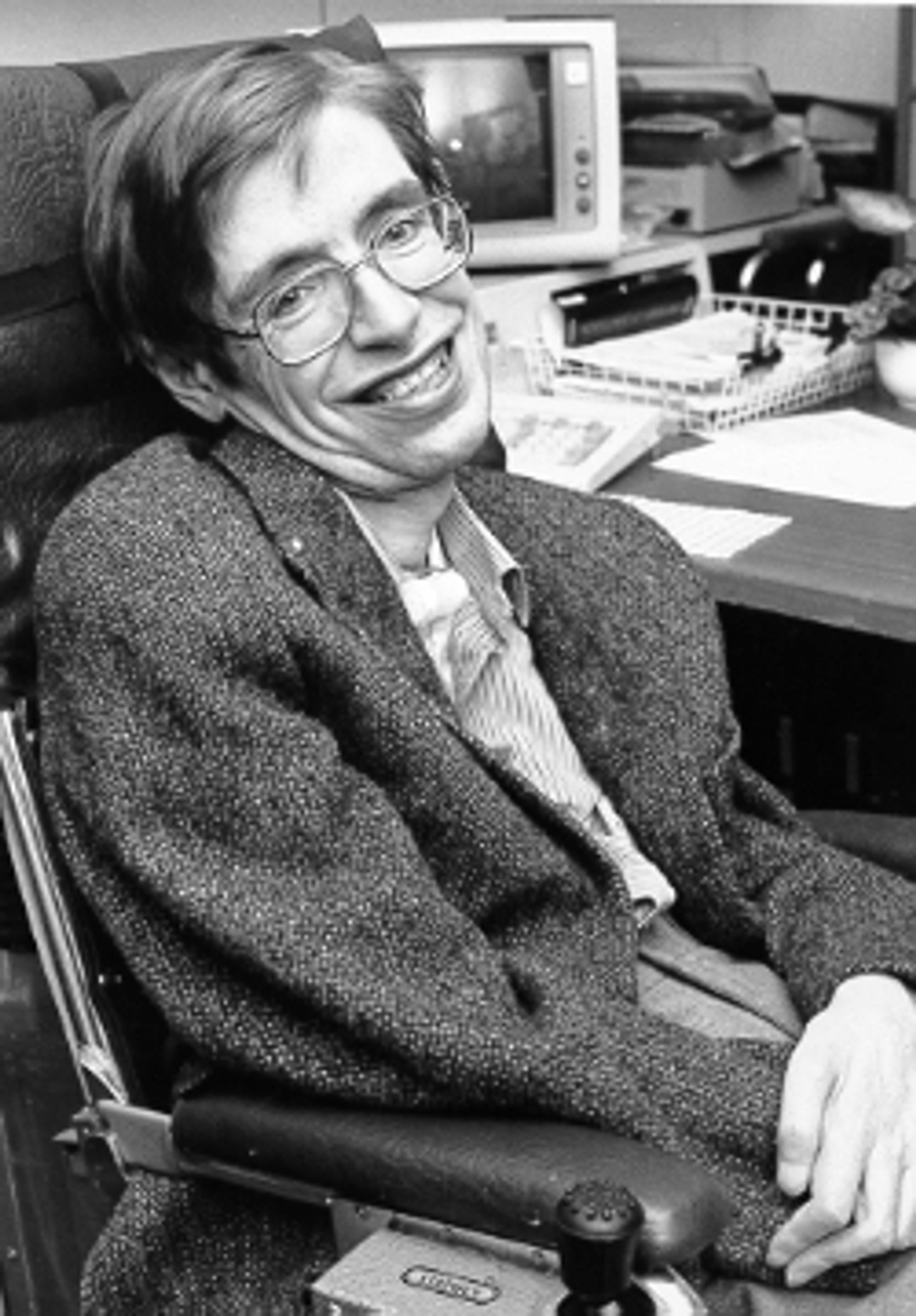 On these four nights in 1610, Galileo turned his telescope on Jupiter and noticed four stars moving around the planet—the “Galilean satellites,” as we now call them. Or the Medicean stars, as Galileo called them, in an effort to curry favor with his patron, Cosimo de Medici (a boy of nine). This discovery did a lot to demolish the Ptolemaic model of planetary motions. It had previously been argued: “If the Earth moves, how can it hang onto the Moon?” Well, there was Jupiter up there, obviously moving around something, and having no difficulty hanging onto its moons.

Before the discovery scene in Bertolt Brecht’s play “Life of Galileo,” a curtain appears with the ominous words: “January 10, 1610: Heaven Abolished.” 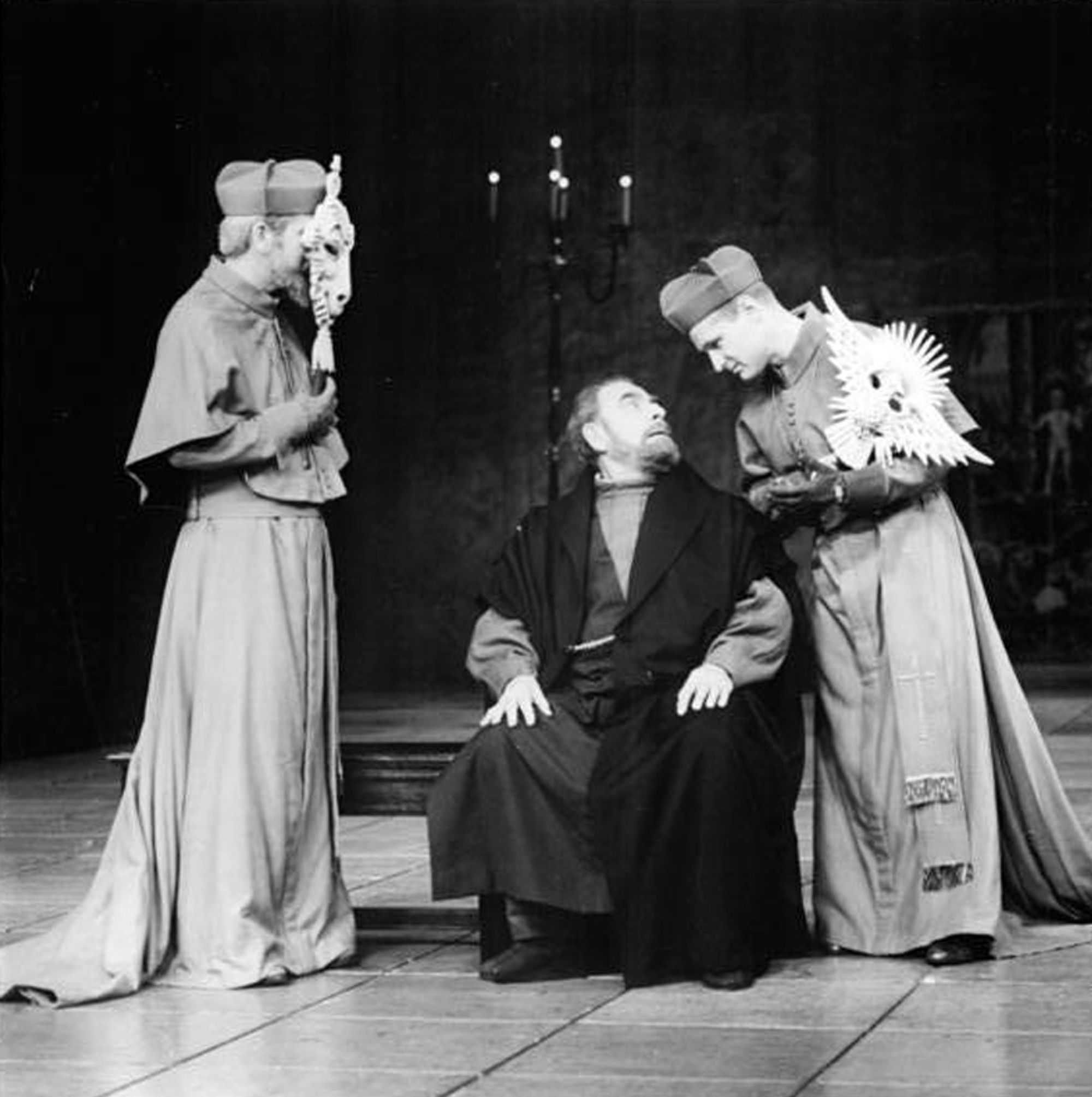 On this date in 1706, Benjamin Franklin was born in Boston. Ben was a voracious reader from an early age, though he only attended school for two years. School was hardly necessary for Ben; his enormous curiosity, energy, and talent took him far beyond anything he could have obtained from formal schooling. Among the European intellectuals of his era—who famously disdained everything outside their continent—he was regarded as arguably the greatest scientist in the world. Immanuel Kant called him "the modern Prometheus," who "stole fire from the gods." Less arguably, he was the greatest statesman, educator, and diplomat in American history. Many historians credit him as essentially winning the Revolutionary War through securing the alliance with France (where he spent the War as an ambassador).

In 1783, Franklin attended a demonstration in Paris of the first hot air balloon carrying human passengers. A bystander reportedly said something like "nice, but hardly useful," and Franklin replied, "Of what use, sir, is a newborn child?" 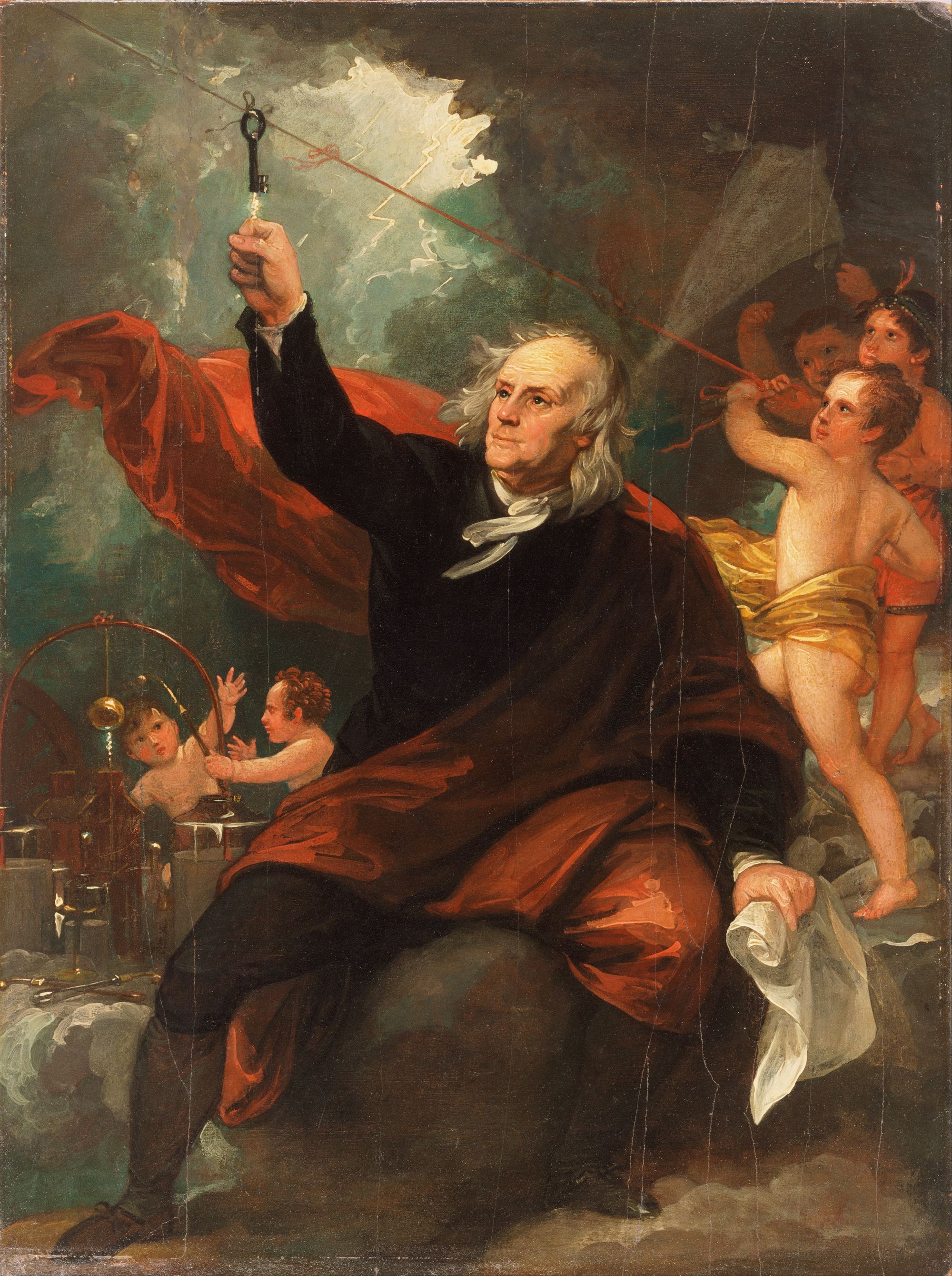 Tonight, look for the brilliant Venus, low in the southwest an hour after sunset. The medium-bright starlike object next to it is Saturn, as a telescopic look will confirm. But you’ll need a really good southwestern horizon. For each night throughout the winter and spring, Venus will creep slightly higher in the southwestern evening sky. A good time to get acquainted with our sister planet.

Tonight the lunar crescent takes aim at Jupiter, the brightest starlike object in the sky.

A good night for stargazing! Mars will be just to the left of the waxing gibbous Moon tonight. Watch the Moon slowly approach from the west. Around 11:30 pm it nearly occults (passes in front of) Mars. Pretty cool thing to watch! Although it’s a near miss unless you live ~1000 miles south of NYC, where an actual occultation will be seen.