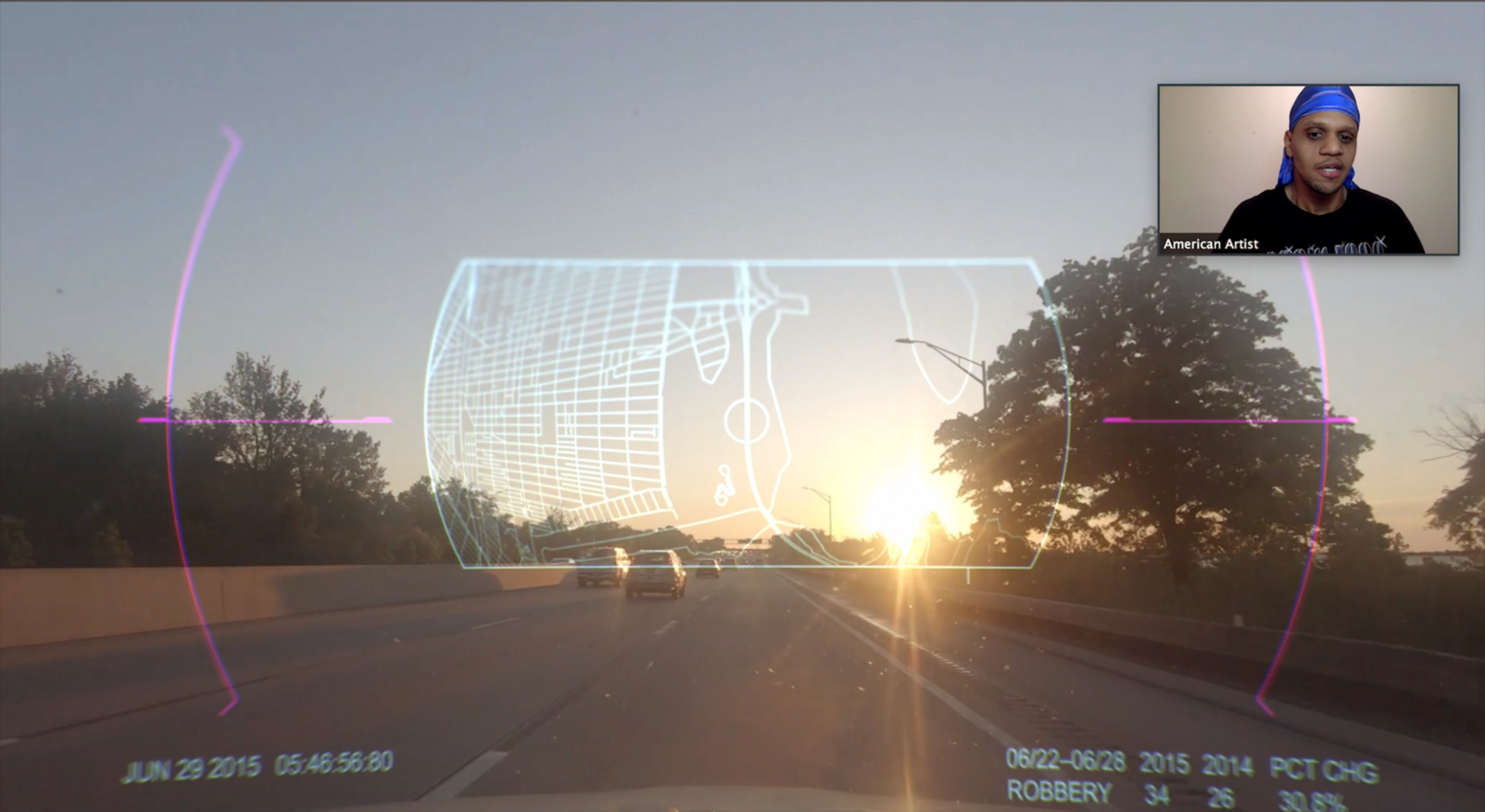 BY Tommy Martinez
Tommy Martinez is a technologist and arts worker exploring manifestations of identity and history in electronic culture. As Director of Technology at Pioneer Works he facilitates an experimental creative technology program.

Password Protected is a new video series consisting of "studio visits" with artists through the use of desktop screen-sharing.

American Artist’s video, entitled 2015 (2019), is a response to the racially biased “predictive” policing practices used by today’s law enforcement. In the piece, audience are given a POV through the lens of a fictitious police dashboard camera, superimposed with an imagined, futuristic, and ominous crime “forecasting” display. The video’s narrative places viewers on a ride through the predominantly black neighborhood of East New York, while an unseen cop makes their rounds deterring “future crimes.” As Artist opts not to reproduce the violent imagery that sensationalizes black death in mass media, implied acts of deterrence happen off camera. In this intimate screen share with the artist, we are given a behind-the-scenes look at the various tools, datasets, and predictive policing policies currently employed across police departments, which inspired the video. 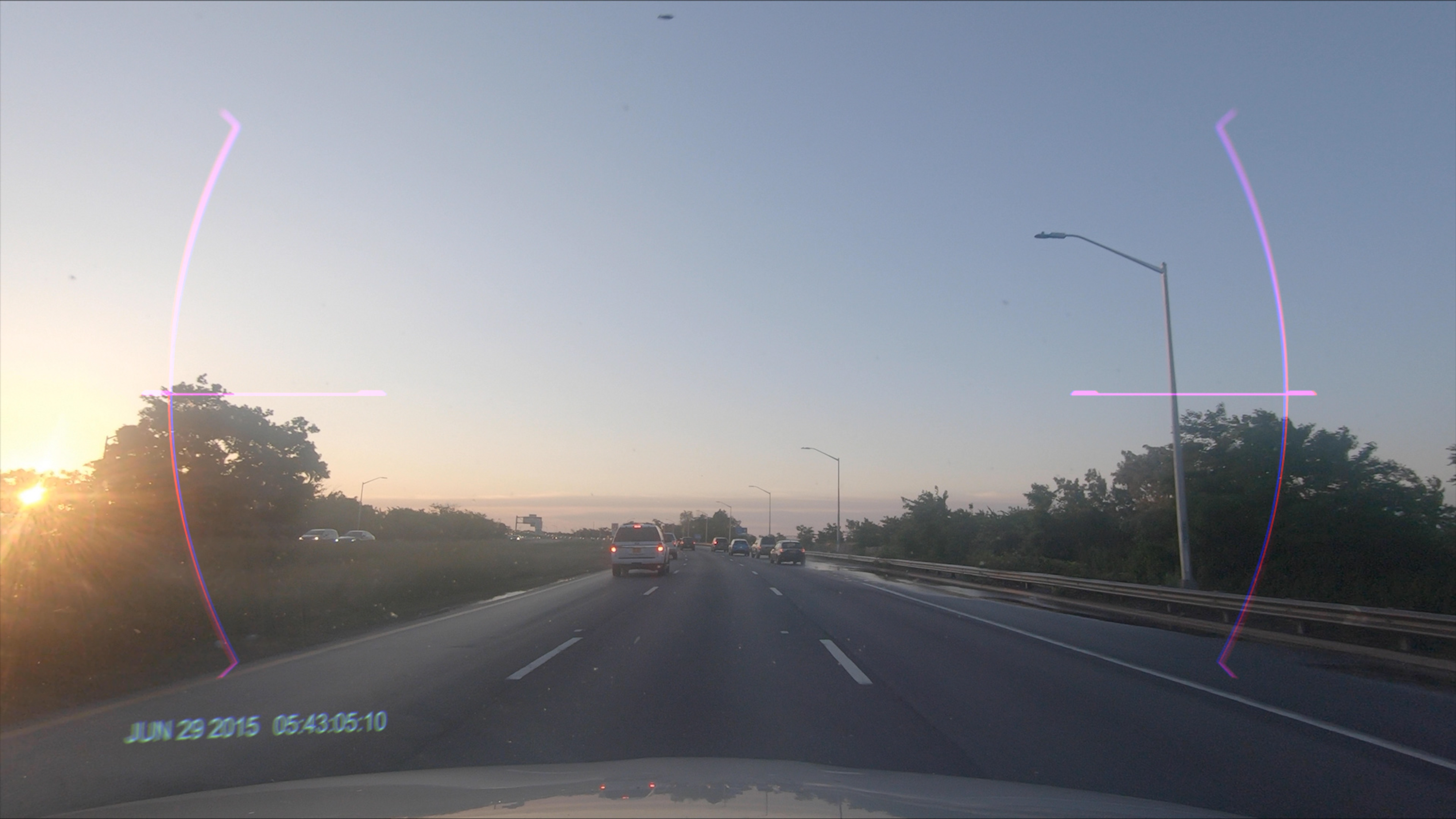 During their 2018 Pioneer Works Tech Residency, we worked with Artist to produce the animation that became Blue Life Seminar (2019), a video which similarly used satire and world building to deal with the racist vilification of Blackness. In that piece, a computer-generated protagonist composed from the likenesses of Dr. Manhattan (of The Watchmen) and notorious LAPD officer Christopher Dorner, was realized to explore the construction of “Blue Life”, a tenuous identity marshaled by members of the law enforcement community to devalue and curb the Black Lives Matter Movement. As fresh violence is still committed against black and brown people by the largely unchecked and predatory US law enforcement apparatus, both 2015 and Blue Life Seminar, serve as a necessary examination of these violations of human rights. 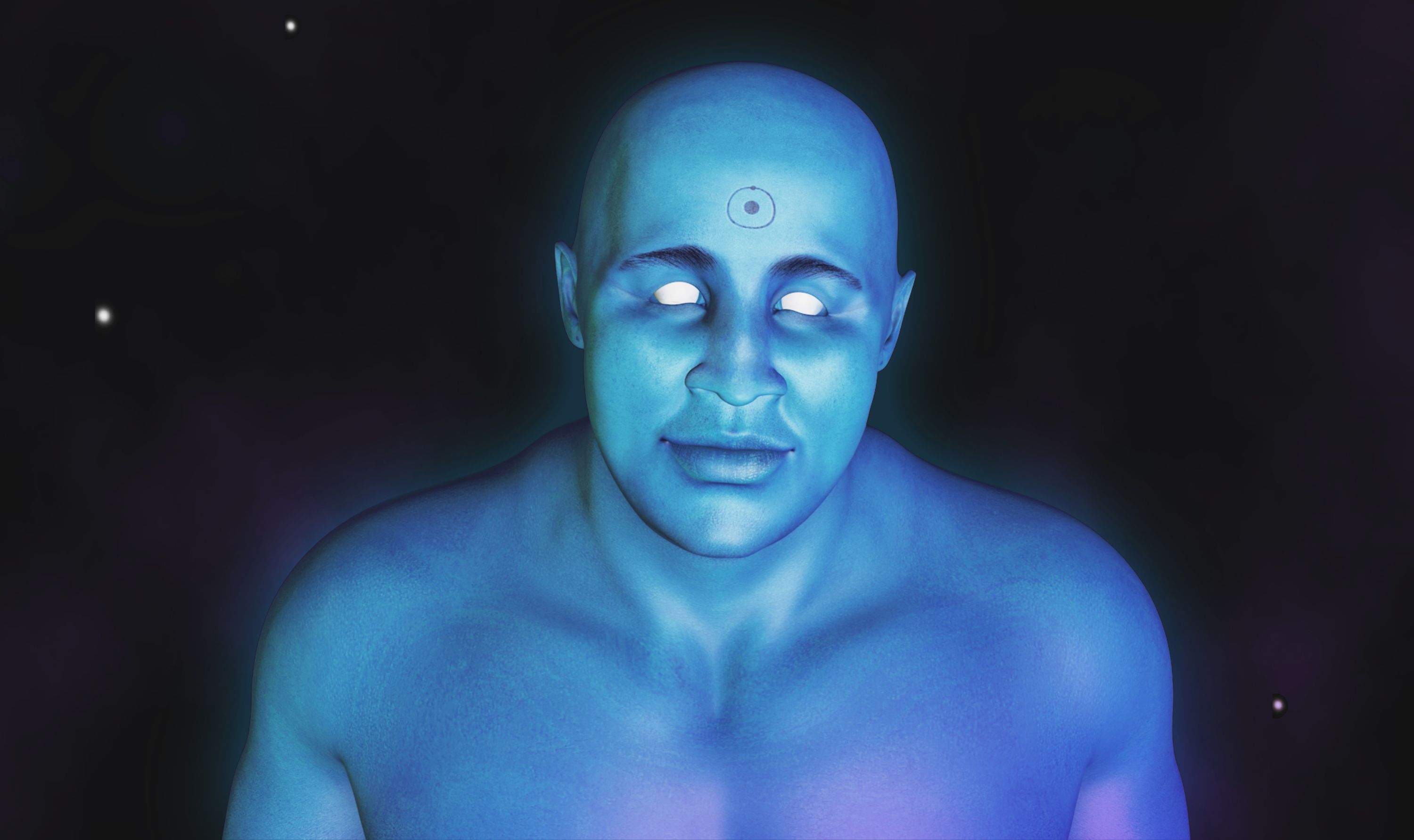 American Artist, still from Blue Life Seminar, 2019, Single-channel HD Video, 19:31 minutes. Courtesy of the artist
SHARE
Twitter Facebook Email Copy Link
MORE FROM THE BROADCAST
Change the frequency.
Subscribe to The Broadcast
Subscribe
Title
By
Media
View all in the Index
The Broadcast is supported by